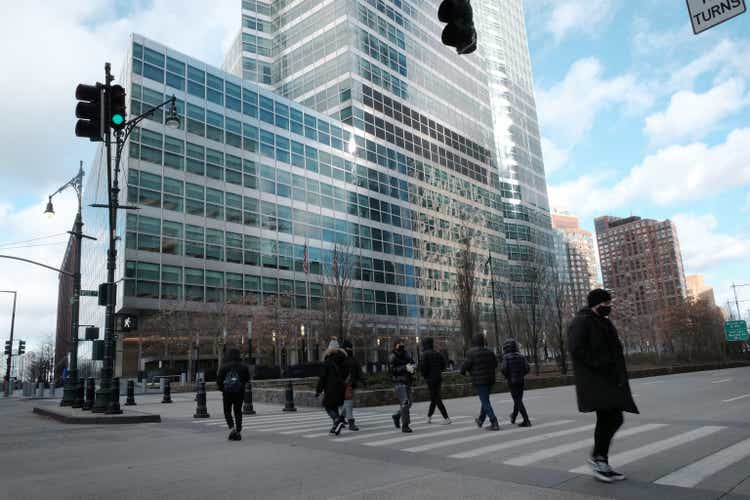 Wall Street banks are said to be closing in a $1 billion settlement with regulators over traders alleged use of banned messaging apps such as Meta Platform’s WhatsApp.

The payments from several banks are expected to exceed $1 billion and are likely to be announced by the end of next month, according to a WSJ report late Friday. The Securities and Exchange Commission and the Commodity Futures Trading Commission plan to announce the settlements with the banks by Sept. 30.

The banks that are expected to pay about $200 million each include Bank of America (NYSE:BAC), Barclays (BCS), Citigroup (NYSE:C), Deutsche Bank (DB), Goldman Sachs (NYSE:GS), Morgan Stanley (NYSE:MS) and UBS (UBS), the WSJ reported. Jefferies (JEF) and Nomura Holdings (NMR) are also nearing settlements with regulators, although the fines are expected to be lower.

Goldman (GS) disclosed in late February that the SEC was investigating whether the Wall Street firm was complying with rules to maintain records of communications among its employees, when they’re using messaging platforms. The Wall Street firm was one of several banks that received regulators’ attention on their employees’ use of messaging apps such as WhatsApp for business communications.

HSBC (HSBC) also in February disclosed that the US Commodity Futures Trading Commission was investigating its use of messaging platforms for business communications.

JPMorgan Chase (JPM) in December agreed to pay $200 million to settle charges that it did not maintain records of business communications using employees’ personal devices.

The WSJ settlement news come after Reuters first reported in October that the SEC had contacted a number of banks regarding record-keeping of employees’ use of personal devices in work-related communications.