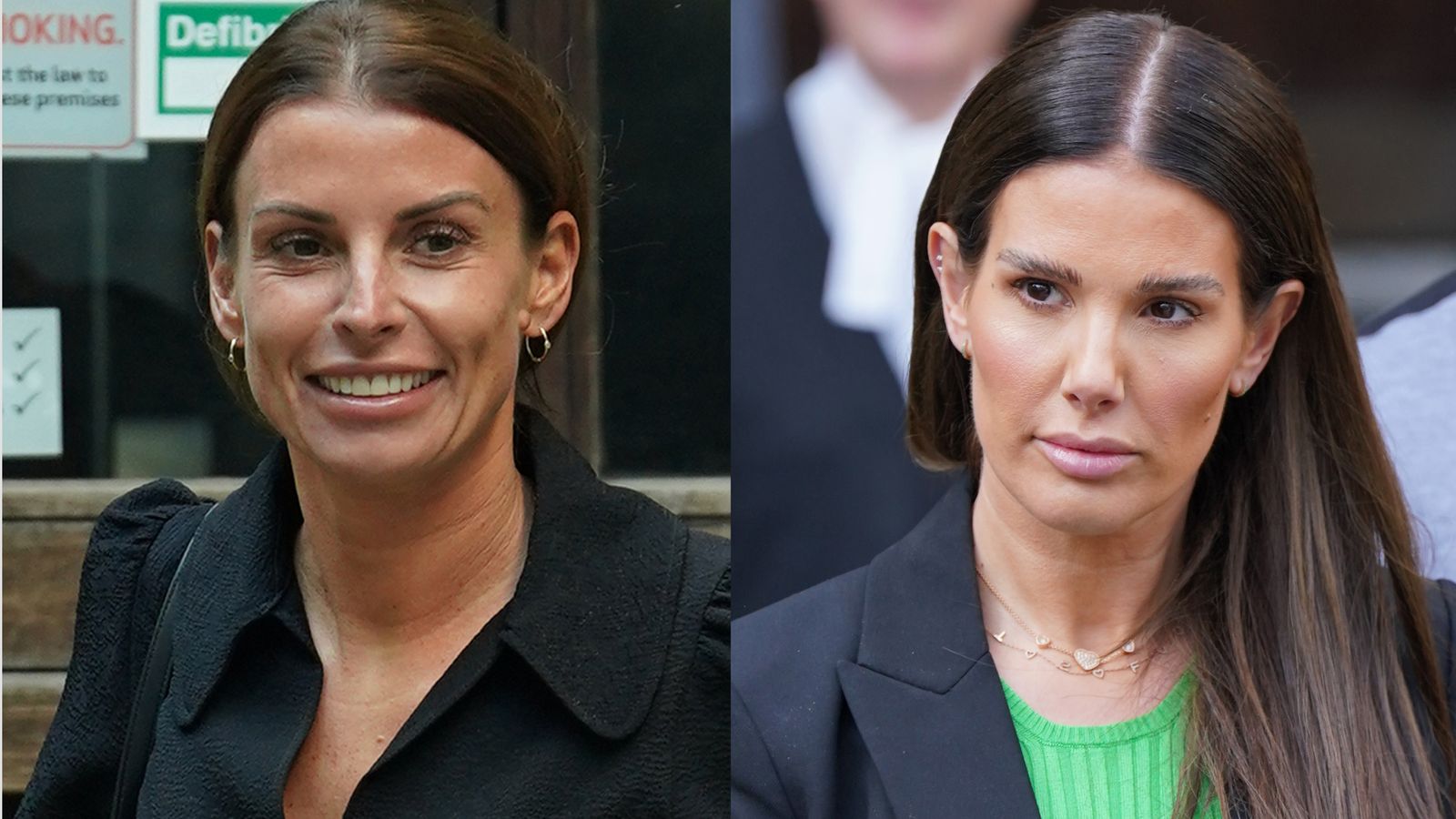 In her judgment, Judge Justice Steyn said Rooney had succeeded in establishing that the essence of her social media post was “substantially true” – that’s to say Vardy was responsible for leaking her private information to the press.

In her conclusion, she said: “I have found that Ms Vardy was party to the disclosure to The Sun… Ms Vardy knew of and condoned this behaviour, actively engaging in it by directing Ms Watt to the Private Instagram Account, sending her screenshots of Ms Rooney’s posts, drawing attention to items of potential interest to the press, and answering additional queries raised by the press via Ms Watt.”

Caroline Watt was Vardy’s agent and friend, and had been implicated in the leaking of the private posts during evidence heard in court. She did not give evidence during the hearing.

Addressing what was referred to during the trial as “a series of unfortunate incidents” – which involved a broken laptop, forgotten passwords and lost data – Mrs Justice Steyn said: “In my judgment, it is likely that Ms Vardy deliberately deleted her WhatsApp chat with Ms Watt, and that Ms Watt deliberately dropped her phone in the sea”.

The judge said: “It was evident that Ms Vardy found the process of giving evidence stressful and, at times, distressing. I bear in mind when assessing her evidence the degree of stress she was naturally feeling, given the high-profile nature of the trial, the abuse that she has suffered since the reveal post was published, and the length of time she was in the witness box.”

She added: “Nevertheless, I find that it is, unfortunately, necessary to treat Ms Vardy’s evidence with very considerable caution.

“There were many occasions when her evidence was manifestly inconsistent with the contemporary documentary evidence, eg in relation to the World Cup 2018 and the photoshopped pictures, and others where she was evasive.”

“This inevitably affects my overall view of her credibility, although I have borne in mind that untruthful evidence may be given to mask guilt or to fortify innocence.”

Rooney’s friend, former WAG, Lizzie Cundy told Sky News she “wasn’t surprised” by the outcome and knew Rooney – who she described as “an honest girl” – would only have made the original reveal post if she was “100% sure it was correct”.

She said when the spat first began she’d even suggested to Rooney and Vardy that they, “Come over and have some prosecco and nuts and sort this out”, adding, “Now Rebekah will be thinking, ‘I should have listened'” .

Cundy went on: “Sadly for Becky, the evidence wasn’t there, it was at the bottom of the North Sea.”

She went on: “It’s sad it’s come this far… But it was Rebekah who wanted it to come to court”.

Vardy had sued Rooney after being publicly accused of leaking “false stories” to the media in 2019with the high-profile trial taking place at the High Court in London in May.

The wife of former England star Wayne Rooney was dubbed “Wagatha Christie” after claiming that three fake stories posted on her personal Instagram page – which unknown to Vardy at the time were shared only with her account – were passed on to The Sun newspaper.

Vardy, who is married to Leicester City striker Jamie Vardy, denied leaking the stories and recalled to the court how she thought she might pass out when she first heard about Rooney’s allegations – which came when she was heavily pregnant.

Later in the trial, she became upset several times while answering questions in the witness box about the online trolling she and her family received as a result of the claims.

In her judgment, the judge referred to some of the “vile abuse” Vardy had received online – which had included a message which someone said her baby should be incinerated – she said there was no “justification or excuse… for such vitriol. “

During the case, the court also heard details of text messages she exchanged with her agent Ms Watt, which appeared to show them discussing leaking stories about other celebrities and footballers to the press.

Wayne Rooney was among the witnesses who gave evidence and supported his wife in the courtroom every day. He told the court that he was asked during Euro 2016 to have a word with Jamie Vardy to ask his wife to “calm down” as publicity grew around the tournament.

Text messages sent between the Vardys during the tournament were also released, along with the fake Instagram posts that sparked the entire trial.

In written submissions to the court, Vardy’s barrister Hugh Tomlinson QC argued that while the case had been trivialized as “WAG Wars” it had had a “very profound” impact on his client’s life, leading to “high intensity abuse and vilification”.

The 40-year-old suffered “immense distress” as a result of Rooney’s allegations and “had no choice” but to take her to court “to establish her innocence and vindicate her reputation”, Mr Tomlinson said.

However, in the written argument for Rooney, 36, barrister David Sherborne said his client felt “absolutely confident” in the investigation she conducted to find the source of the leaks and that her “authentication was as thorough as many newsrooms”.

Giving evidence, Rooney told the judge she had tried three times “in vain” to avoid the matter going to court.

The fake stories included Rooney traveling to Mexico for a baby “gender selection” procedure, planning a return to TV, and the basement flooding at her home.

“I have saved and screenshotted all the original stories which clearly show just one person has viewed them,” Rooney wrote in the internet post that quickly went viral.

What were the key legal issues in the case?

A libel is a published statement which is defamatory – damaging to a person’s reputation.

Vardy said she had suffered “very serious harm to her reputation” as a result of Rooney’s allegations and therefore brought the case to court to defend herself.

Rooney defended the claim on the basis it was true and in the public interest for her to publish it. Under English defamation law it was Rooney who had to prove her post was “substantially true”.

As this was a civil case, not a criminal one, the standard of proof was “on the balance of probabilities”, or “more likely than not”, rather than “beyond reasonable doubt”.

There is an upper limit of damages in libel actions in the UK of about £300,000, with the amount awarded depending on a number of factors – including the level of reputational damage and the prevalence of the published libel. However, any damages are usually swallowed up by legal costs.

However, it is believed that the case exceeded those budgets.