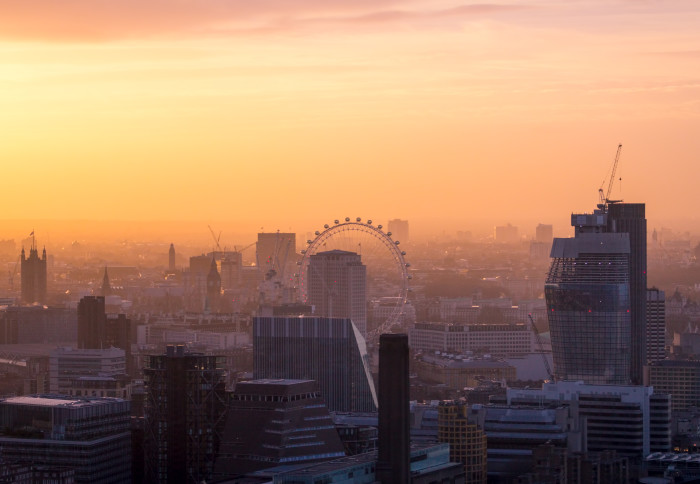 As part of Sustainability Week, Imperial hosted a panel session to discuss how to tackle air pollution on campus and in the wider London area.

Hosted in partnership with The Institute for Molecular Science and Engineering and Transition to Zero Pollution, the discussion identified a range of key actions to drive the improvement of air quality. Panellists emphasized the need to boost the numbers of people taking ‘active’ forms of travel – such as walking, cycling, and public transport – instead of driving, as well as making the scientific evidence around these daily decisions more accessible to the population.

The urgency of these actions has been brought into sharp focus by Imperial research, which shows that poor air quality in London led to over 1,700 hospital admissions for asthma and serious lung conditions between 2017 and 2019.

The event was chaired by Dr Ben Barratt, a Reader in Environmental Exposures and Public Health, and the Deputy Director of the Environmental Research Group. He was joined by the following panelists:

On air pollution around the College, Dr Audrey de Nazelle acknowledged that the university does not exist in a vacuum and called for further engagement with local authorities to maximize health benefits for local populations. She also spoke of the benefits on staff health and wellbeing by reducing air pollution on campus, and building new spaces with these goals in mind. Dr Laure de Preux suggested ways in which the university might encourage more climate and health-conscious behavior on campus, such as by subsidizing vegetarian options in its food outlets. Professor Nick Munro spoke of the need to consider initiatives through a commercial lens to ensure their viability in the long-term.

The panel agreed on the importance of monitoring human behavior relating to air pollution to track progress caused by green interventions. Professor Munro noted that technology could play an important role in guiding people’s day-to-day choices by notifying people about the quality of the air – but the group also agreed that providing data without solutions could have a negative effect. Instead, the community needs specific steps they can take, to protect themselves and others from air pollution. Dr de Nazelle is developing an app for this purpose.

For members of the public, Imperial staff, researchers and students who want to contribute to the wider debate on air quality, Dr Ben Barratt encouraged viewers to share their views on air pollution through the Department for Environment, Food & Rural Affairs’ consultation on air quality in the UK.

The session can be viewed in full via the IMSE YouTube channel: Sustainability Week 2022: Solving issues around air pollution: At Imperial and Beyond.