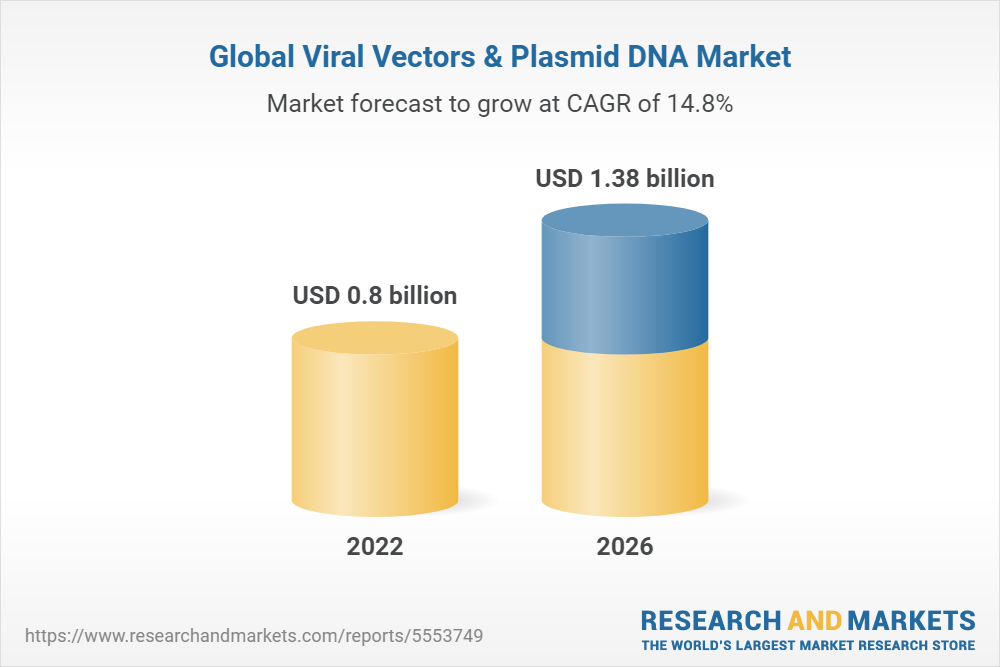 Dublin, March 24, 2022 (GLOBE NEWSWIRE) – The “Viral Vectors And Plasmid DNA Global Market Report 2022: By Product, By Application, By Disease, By End-User” report has been added to ResearchAndMarkets.com’s offering.

The main types of products in viral vectors & plasmid DNA are plasmid DNA and viral vectors. A plasmid is a single-stranded, circular DNA molecule which is different from the chromosomal DNA of a cell. Plasmids are found organically in bacterial cells as well as in certain eukaryotes. Plasmid genes frequently confer genetic benefits to bacteria, such as antibiotic resistance. The different diseases include infectious diseases, genetic disorders, cancer, others and is used in gene and cancer therapies, viral infections, immunotherapy, formulation development, others. The several sectors include research institutes, biopharmaceutical and pharmaceutical companies.

The rise in the global incidence of cancer is driving the viral vector & plasmid DNA market. The major causes for most cancers include obesity, smoking, alcohol, improper eating habits. According to American Cancer Society 2020, an estimated 1.8 million new cancer cases have been diagnosed and 606,520 cancer deaths in the United States. Furthermore, according to the American Cancer Society, in 2019, around 606,880 deaths were caused in USA due to prevalence of the cancer. Cancer Research UK predicts that there will be 27.5 million new cases of cancer each year by 2040. The rise in the global incidence of cancer is expected to boost the demand for the viral vectors and plasmid DNA market over the coming years.

For more information about this report visit https://www.researchandmarkets.com/r/vk8zew