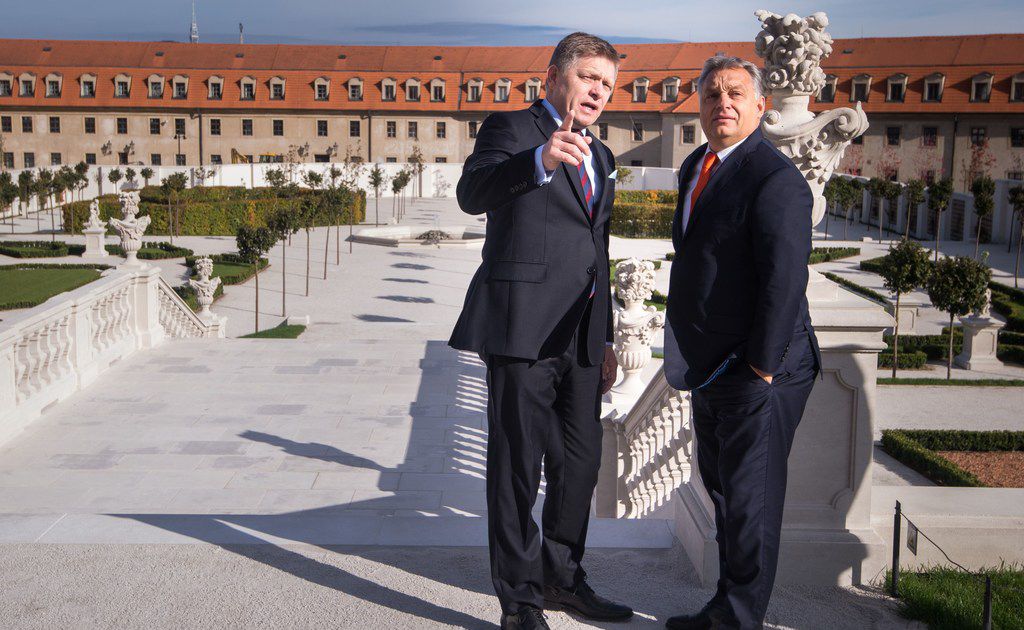 Writing an opinion essay for a newspaper, like this one, is something that might strike Americans as common place. It happens every day in this country. But in the country of my birth, it’s all but impossible.

Technically, a member of my family back in Hungary could still submit a column to the local newspaper, but there is no reason to bother. While running for mayor of one of Budapest’s districts, my cousin did just that; the government-controlled newspaper told him to forget it. Approximately 78% of Hungary’s media outlets are state owned. My cousin lost the election by 30 percentage points.

Losses of such magnitude are increasingly common in Hungarian elections. The ruling party ushered in a system Vox referred to in a 2018 article as “soft fascism,” where you have the appearance of liberty without the bothersome unpredictability of it. In 2022, Prime Minister Viktor Orbán cruised to a fourth term, beating the united opposition by a landslide.

Nowhere in the 20 counties and municipalities of Hungary did Orbán and his coalition fall below 40%. The Hungarian diaspora, which was granted voting rights in 2011, voted for the Orbán slate at an eye-watering 93.89%. The united opposition scored 4.12%.

Orbán was scheduled to speak Thursday in Dallas at the Conservative Political Action Conference. As he heads into his fifth term, having served uninterrupted since 2010, Orbán is viewed as a rock star in some far-right circles. Tucker Carlson likes him so much he schlepped to Budapest to film his show and praised a border fence aimed at keeping migrants out, right around the time the Orbán government scored a cool $246 million from the European Union for expenses he claimed related to the costs of providing emergency housing to Ukrainian immigrants, a sum that equaled about 0.15% of Hungary’s annual GDP.

There is some dispute about whether there are any actual Ukrainian migrants staying in Hungary, but nobody spends a lot of time going on about it. After all, pesky investigators are unwelcome. Orbán doesn’t deny his mob boss leanings. Instead, he tries to normalize them. In one government video, which came out three days after he romped to victory in 2018, Orbán joked with the Hungarian chief elections official, a fellow named Andras Patyi.

“I read in the papers that Patyi fined me,” Orbán needles him, to which the elections chief responds with a sorrowful, “I’m really sorry Mr. Prime Minister.” It was a response that, in tone and content, tried to toe the line between jocular and humbly apologetic.

This queasy combination of humor and terror is essential to Orbán’s rule. He’s a shrewd, calculating man who went from being a George Soros protégé, decamping to Oxford on the billionaire’s dime, to having one of his appointees refer to Soros in a hastily deleted article as “the liberal Führer” whose “poisonous gas flows from the capsule of a multicultural open society.”

In some ways, Orbán is reminiscent of George Wallace, who started out as an integrationist, lost a statewide campaign, and found success blocking the entry of two Black students in 1963 Alabama. Orbán is a fascist because it works for him. That’s not entirely his fault; it’s ours, too.

Hannah Arendt said that most evil is perpetrated by people who never definitely make up their minds on whether to be evil or not. Maybe she has a point. Orbán’s journey, from a county whose name translates, loosely, into “goat pass,” to Oxford, to Sandor Palace, the workhouse of the Hungarian prime minister, was not a master plan. He just gained power and learned to like it well enough to shrug off unseemly associations and compromises along the way.

With Orbán’s speech still echoing in the hotel ballroom this week, I’ll leave you with one last thought: In the grand scheme of the universe, you are far more likely to become a Patyi than an Orbán. Almost 1,000 people have been arrested and charged for the January 6 insurrection, even if their leader hasn’t been.

Zoltan Boka is a Hungarian-born US citizen who has done political consulting and informally advised Hungarian opposition candidates in 2019. He currently lives in Brooklyn, NY He wrote this column for The Dallas Morning News.

We welcome your thoughts in a letter to the editor. See the guidelines and submit your letter here.