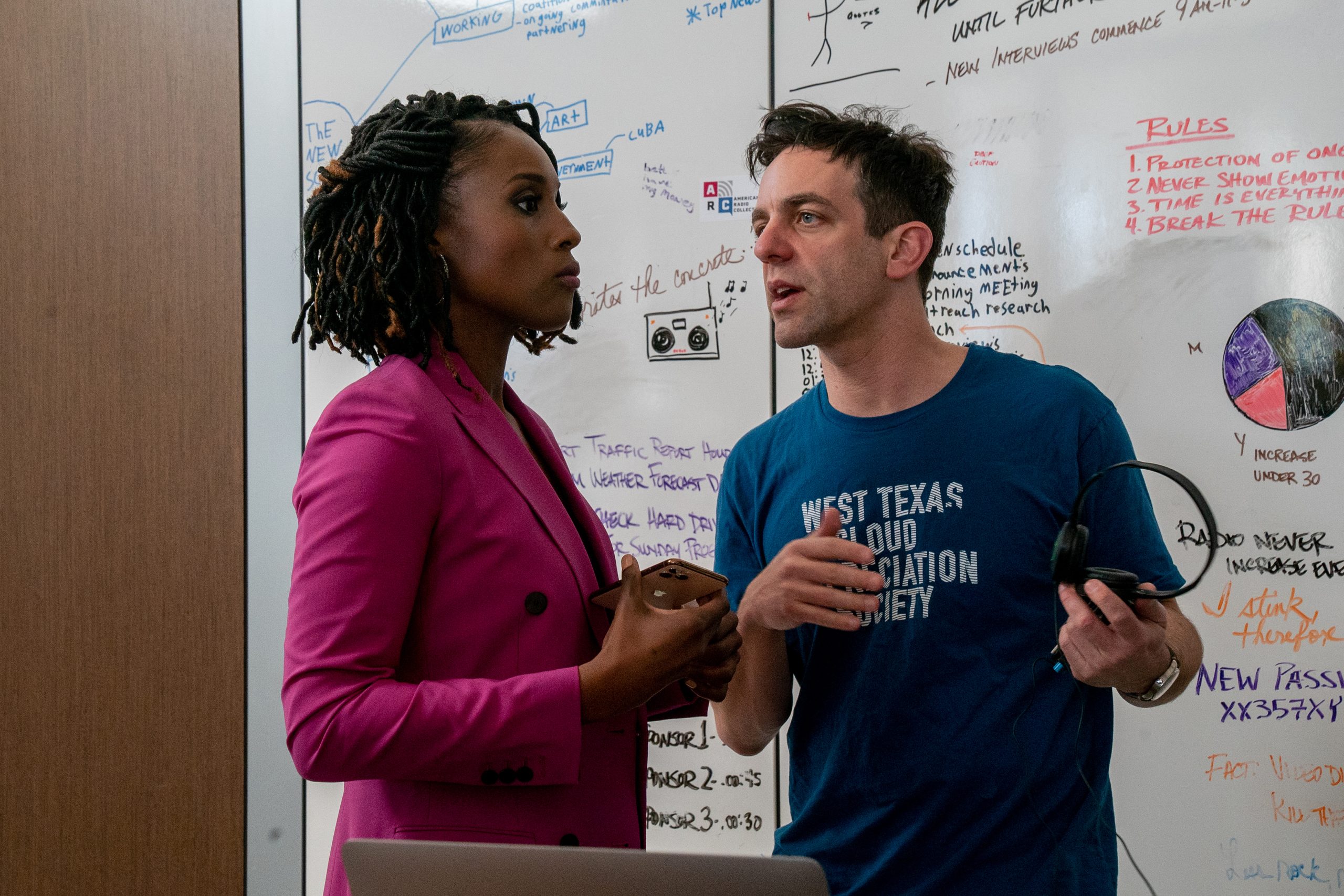 Here’s a bit of local amusement park trivia that surfaces during Vengeance, director/writer/star BJ Novak’s (mostly) Texas-set, unclassifiable drama/comedy/thriller/murder mystery/philosophical rumination. The Six Flags amusement park franchise takes its name from the six nations that have claimed Texas: France, Spain, Mexico, the Republic of Texas, US, and Dixie. Who knew the Gurnee home of the world’s oldest wooden roller coaster has a shout-out to secessionism in its very name? Or so we’re told in Novak’s directorial debut.

Novak plays Ben Manalowitz, an insufferable New York writer who uses the emoji phrase “100 percent” the way some people use “like.” Ben doesn’t want to be a writer, he wants to be a “voice.” He is certain he has a podcast idea that will have a cultural impact bigger than the combined content of Ira Glass.

Ben’s podcast idea exploits the overdose death of a woman he hooked up with a few times. Before she OD’d on Oxy, Abilene (Lio Tipton) told her family Ben was the love of her life. Her brother Ty (Boyd Holbrook) insists Ben come to Texas for the funeral. Ben agrees when he realizes he can turn Abilene into “Dead White Girl,” a podcast commentary on mythmaking—both the myths we create about ourselves as individuals and as a nation.

It’s a familiar plot device—city slicker finds there is more than stereotypes to small-town living. But Novak’s measured telling and plot twists elevate that story to a level that’s compelling and unique. Ty is certain “Mexican cartels” killed his sister, whose body shows up in the opening scene on a dirt road surrounded by the crunch of oil derricks and a scrum of empty red Solo cups. Ty wants to start murdering people, but Ben sells the podcast as a better mode of revenge. Or, at least he sells Ty on that.

Novak is believable—though often annoying in a pretentious bro-y sort of way—as Ben makes the journey from insufferable elitist to slightly less so. But what’s really fascinating is how Abilene’s story eventually, brutally forces Ben to question the veracity of his own bedrock beliefs about himself. The supporting cast is terrific: Issa Rae is a sharp, funny editor and utterly convincing as the head of a podcast empire. As local record producer Quentin Sellers, Ashton Kutcher delivers a cryptic, self-styled philosopher with a smooth undercurrent of malevolence. As Abilene’s mother Sharon, J. Smith-Cameron depicts a woman whose shrewd assessments of human nature always make her the smartest person in the room, even if not everybody there realizes it yet. And as Abilene’s grieving, overlooked, gun-loving, ten-year-old brother Mason, Eli Bickel steals every scene he’s in, often without saying a word.

Vengeance gets almost dizzyingly meta at times. It’s a story about a storyteller who is creating a story about how mythology (stories) are created. It is also an acute reminder of how easy it can be to hide secrets in plain sight. R, 107 min.