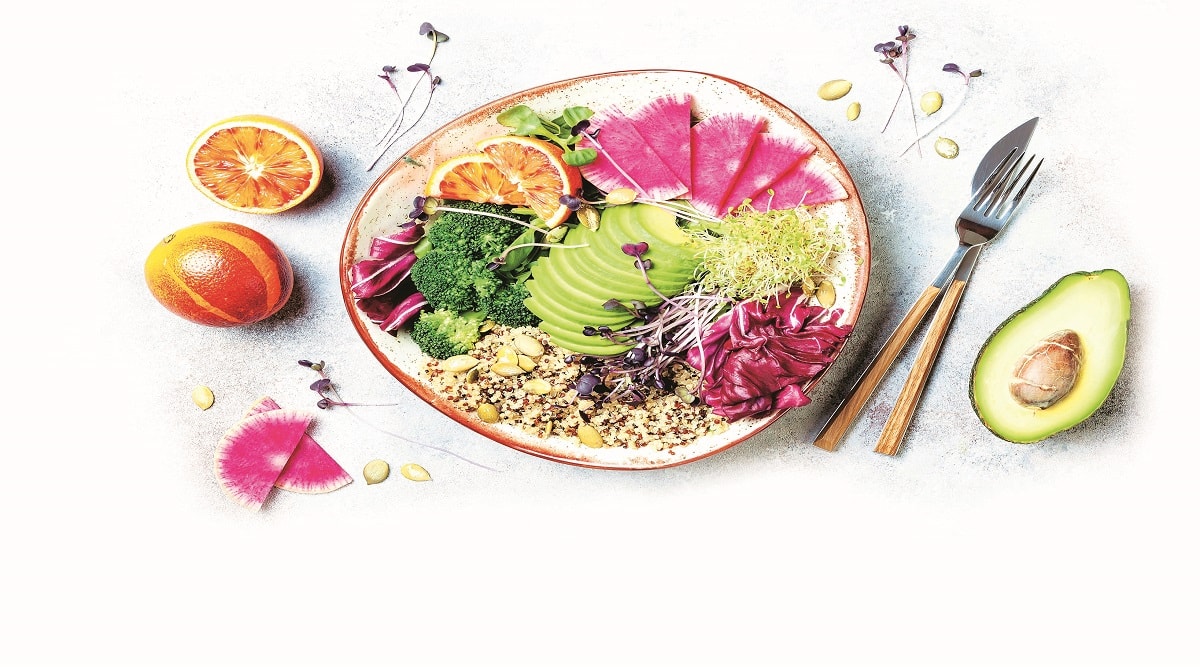 “If (Mahatma) Gandhi were alive today, he would likely be vegan,” says Dr Kiran Ahuja, a vegan food and nutrition specialist at People for the Ethical Treatment of Animals (PETA) India.

Ahuja was referring to Gandhi’s book, The Moral Basis of Vegetarianism, in which he wrote, “In my opinion, there are definite drawbacks in taking milk or meat. In order to get meat, we have to kill. And we are certainly not entitled to any other milk except the mother’s milk in our infancy. ” However, in a previous paragraph, Gandhi described being terribly sick with dysentery. “I was reduced to a skeleton, but I stubbornly refused to take milk or buttermilk,” he wrote. However, as soon as he drank goat’s milk, “it seemed to bring me new life”. Appearing to make a case for veganism, Gandhi wrote, “I am convinced that in the vast vegetable kingdom there must be some kind, which, while supplying those necessary substances which we derive from milk and meat, is free from their drawbacks, ethical and other. ”

It appears that Gandhi’s take on veganism is alike most of us. It feels clean in theory but difficult in practice. That’s the thing about the vegan diet, as it comes off as restrictive (since you can not eat animals and their products) and it can be laborious to follow. But Dr Ahuja thinks otherwise. “Being vegan is an ancient Indian practice (sic),” she says by giving the example of Ladakh’s Brokpa tribe, who have been vegans for centuries. Sadly, the tribe is shifting towards an alternative diet consisting of dairy, eggs and meat. It’s attributed to climate change, which has led to warmer summers and winters, damaging traditional crops and attracting pests.

From being fringe, the vegan diet is increasingly becoming mainstream, thanks to growing awareness towards health and the environment. “It has been shown to reduce the risk of heart attack, type-2 diabetes and certain types of cancers,” says Sreemathy Venkatraman, clinical nutritionist and founder of ‘Mitha Aahara’, adding: “It’s also beneficial for hypertension and tackling obesity.” Not just our health, it’s good for the planet’s health, too. “It produces fewer greenhouse gas emissions, is less energy-intensive and has a much smaller environmental footprint,” says dietician Neha Pathania of Paras Hospitals, Gurugram.

About 39% of India’s population is vegetarian, according to US think tank Pew Research. However, dairy is intrinsic to both vegetarian and non-vegetarian diets. Although consuming meat is considered cruel in several quarters, the same is not believed for dairy. Dr Ahuja from PETA India, however, paints a different picture. “There was a time of family-run farms. But today, most cows and buffaloes are reared in crowded farms or factory farms where they are treated like milk-producing machines, ”she says. Describing the functioning of the dairy industry, she says, like humans, cows or buffaloes must have recently given birth to produce milk.

“So, they are crudely and artificially inseminated by workers who either hold struggling animals down or put them in a restraint and shove their arms and rods with semen in their vaginas,” she adds.

Once their milk production wanes, they end up in butchers’ stalls or on the streets. The fate of male calves is no better either. “Since they cannot be reared for milk, they are either sold as beef or end up on the street,” says Dr Ahuja. Hence, dairy farming inflicts unacceptable and unavoidable pain and suffering on cows, buffaloes and their calves, she adds.

Whether for health, ethical or environmental reasons, there are some things you need to know before switching to a vegan diet. Primarily, it is a strict plant-based diet devoid of any animal or animal-based products. Juxtaposed to popular belief, it is “nutritionally adequate” when planned well, says nutritionist Venkatraman. The key here is to plan it appropriately as per the individual’s needs and the stage of the life cycle he / she is in. Evidently, a vegan diet for a pregnant woman would be different from that of an infant or a senior, she adds.

So, what are the foods a vegan can have? “The answer is anything sourced from plants, which includes fruits, vegetables, whole grains such as cereals, millets, rice and wheat, legumes, soy products, nuts and oilseeds,” says nutritionist Venkatraman. As dairy alternatives, one can have oat milk, or that obtained from coconut, almond, soy, etc, explains dietician Pathania. With the popularization of this diet, more and more companies are coming up with vegan products, which are now becoming readily available to consumers.

“Research predicts that the demand for plant-based alternatives for both dairy and meat is likely to grow in the next two years,” says Avnish Chhabria, founder, Wellbeing Nutrition, which makes nutraceutical products using plant-based ingredients. “It’s primarily driven by millennials,” he adds.

One of the concerns around a vegan diet is the deficiency of certain nutrients, especially protein and calcium. However, one of the nutrients that is the cause of greater concern is vitamin B12, which can only be derived from animal sources. “This vitamin keeps the nerves, blood cells and DNA healthy,” explains nutritionist Venkatraman, adding: “Its deficiency causes symptoms such as nerve damage, fatigue, tingling in hands and feet, numbness, blurred vision and digestive problems. If left untreated, it can lead to neurological effects that are irreversible. ”

Vitamin B12 is naturally available in dairy products like milk and cheese, along with eggs and meat. Hence, if switching to a vegan diet, pay attention to your vitamin B12 intake. Taking supplements can help, recommends Venkatraman.

For calcium, you can have leafy greens. For protein, you can have tofu, lentils, legumes or tempeh. “Tempeh is a 100% plant-based, low carb, high protein food, ideal for a vegan diet,” says Siddharth Ramasubramanian, founder and CEO of Vegolution India, the makers of Hello Tempayy. Made by naturally culturing and fermenting soybeans, it is a 100% plant-based protein, which is also gluten-free, low in saturated fat, and carbs and rich in fiber, he adds.

Since tempeh undergoes fermentation, it’s high in probiotics and several macronutrients, says Dr. Priyanka Marakini, a nutritionist. Made of pure soybean, 100 grams of it is packed with 19 grams of protein, she adds. According to the Vegolution India CEO, this plant-based protein product is versatile too, and can be incorporated into multiple dishes such as curries, kebabs and rolls, among others.

Hence, if fully resolved to switch to veganism, there are several food options available. However, it would be helpful if you consult a qualified nutritionist or a dietician as he / she can help you with substitutes and healthy transition.