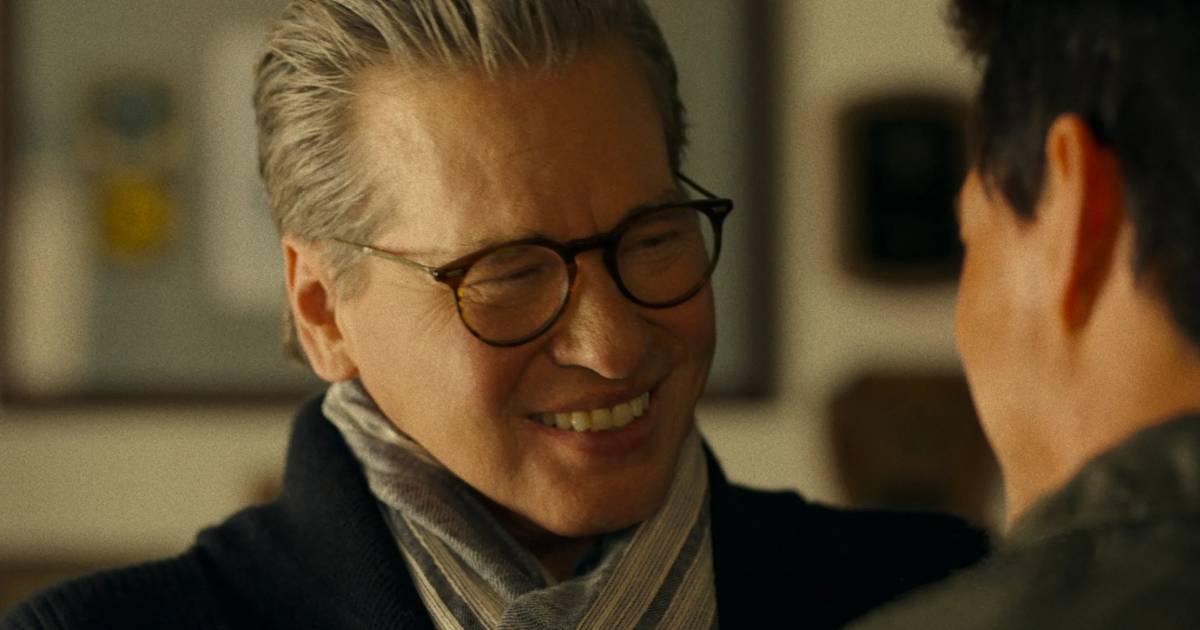 Top Gun: Maverick has been one of the most celebrated movies of 2022, and it seems no one is happier for its success than the great Val Kilmer, who played Iceman in the 1986 original and this year’s follow-up.

On Tom Cruise in particular, Val Kilmer said, “Coming back to work with Tom more than 30 years later, it was like no time had passed at all. He’s the consummate professional, and his zest and energy for filmmaking are infectious. Being next to him instantly makes you better. That said, we blew a lot of takes laughing so much. It was really fun — really special.” The scene between Cruise and Kilmer in Top Gun: Maverick stands as one of the highlights of the movie.

Kilmer also acknowledged the rest of the cast who he did not get to share scenes with. “The addition of the new ensemble cast was perfect. It made for a very engaging story to have the young guns led by the veterans… pun intended.” Kilmer is also happy with the reception of the sequel, saying, “When the movie was released this summer, the response was just amazing! I was particularly thrilled and humbled by the audience’s reaction to my scene with Tom. But, to be honest, with Tom, [director] Joseph Kosinski, and [executive producer] Jerry Bruckheimer at the helm, there was no doubt the film would be a smash.”

Top Gun: Maverick has been doing remarkably well not just at the box office–pulling in $1.49 billion worldwide and thrusting itself to the top five highest-grossing movies ever–but on the awards circuit as well. In addition to being named the best film of the year by the National Board of Review and landing on the AFI’s Top 10 Films of the Year, Top Gun: Maverick now has two Golden Globe nominations, including Best Motion Picture – Drama.

What did you think of Val Kilmer’s scene in Top Gun: Maverick? Was a fitting addition to the movie? Let us know below!