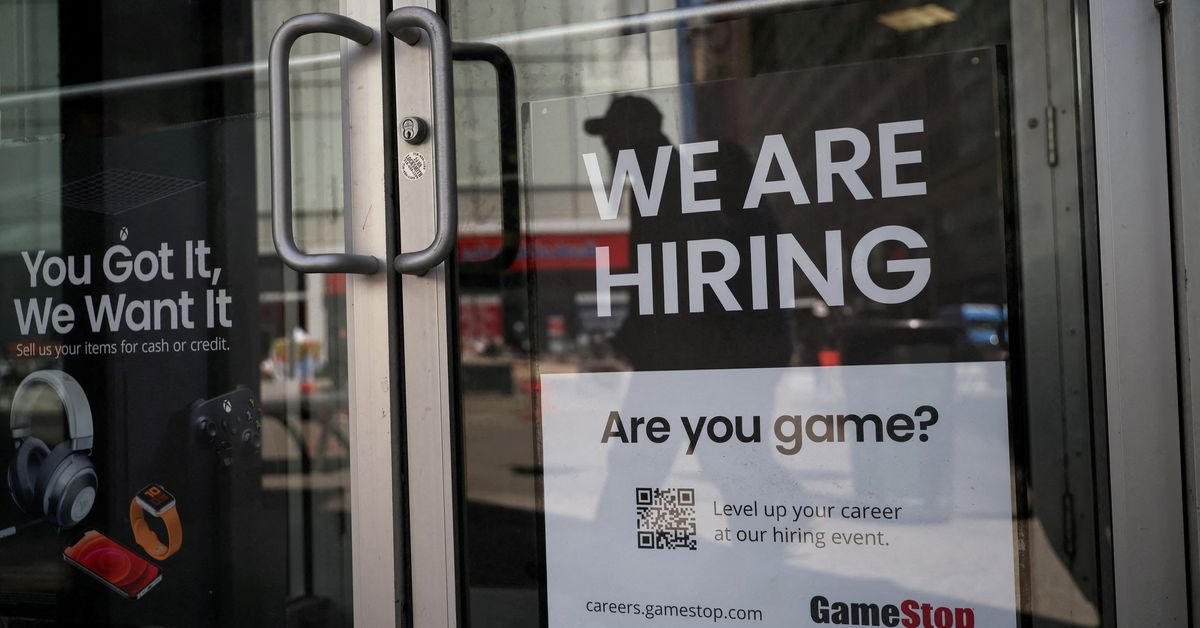 That was underlined by other data on Thursday showing a sharp decline in layoffs announced by US-based companies in July. The still-low level of unemployment claims and brisk pace of hiring support views that the economy is not in recession despite gross domestic product contracting in the first half.

“The risk is that claims continue to drift higher as labor market conditions slowly cool, but we don’t anticipate a sharp rise from current levels any time soon as demand for workers continues to outstrip supply,” said Lydia Boussour, lead US economist at Oxford Economics in New York.

Initial claims for state unemployment benefits rose 6,000 to a seasonally adjusted 260,000 for the week ended July 30, the Labor Department said. Economists polled by Reuters had forecast 259,000 applications for the latest week.

Some of the recent increase in claims could be the result of difficulties adjusting the data for seasonal fluctuations. Motor vehicle manufacturers normally shutdown assembly plants for annual retooling in July, resulting in temporary layoffs.

But chip shortages could have disrupted the timing of the retooling, potentially throwing off the model that the government uses to strip seasonal fluctuations from the data.

Unadjusted claims fell 9,825 to 205,587 last week. A big jump in filings in Connecticut was offset by notable decreases in Massachusetts, Kentucky and Ohio.

Seasonally adjusted claims broke above 230,000 at the beginning of June, hitting an eight-month high of 261,000 in mid-July. However, they remain below the 270,000-300,000 range that economists say would signal a slowdown in the labor market.

“If initial claims start to hover around that level, it would be cause for concern, since it would increase the risk that employment starts declining and the unemployment rate begins to rise,” said Ryan Sweet, a senior economist at Moody’s Analytics in West Chester , Pennsylvania. “A rising unemployment rate sends an ominous warning of recession.”

The number of people receiving benefits after an initial week of aid increased 48,000 to 1,416 million during the week ending July 23. The so-called continuing claims, a proxy for hiring, were the highest in three months.

Stocks on Wall Street were little changed. The dollar fell against a basket of currencies. US Treasury prices rose.

The economy contracted 1.3% in the first half, meeting the definition of a recession. Wild swings in inventories and the trade deficit tied to snarled global supply chains have been largely to blame for the two straight quarterly declines in gross domestic product.

There were 10.7 million job openings at the end of June, with 1.8 openings for every unemployed worker.

So far this year, employers have announced 159,021 layoffs, down 31.3% from the same period last year and the lowest January-July since 1993.

The Federal Reserve last week raised its policy rate by another three-quarters of a percentage point. The US central bank has now hiked that rate by 225 basis points since March.

“Job cut levels are nowhere near where they were in the 2001 and 2008 recessions right now, although they may be ticking up,” said Andrew Challenger, senior vice president of Challenger, Gray & Christmas. “If we’re in a recession, we have yet to feel it in the labor market.”

The claims data has no bearing on July’s employment report, which is scheduled to be released on Friday. According to a Reuters survey of economists, nonfarm payrolls likely increased by 250,000 jobs last month after rising by 372,000 in June.

A third report from the Commerce Department on Thursday showed the trade deficit narrowed 6.2% to $79.6 billion in June as exports surged to a record high. Trade was the economy’s only bright spot in the second quarter, adding 1.43 percentage points to GDP after being a drag for seven straight quarters.

“That provides a decent base for net exports to continue boosting GDP growth going into the third quarter,” said Andrew Hunter, an economist at Capital Economics. “But with the latest survey evidence suggesting that faltering global growth and the stronger dollar are set to hit export demand over the coming months, that support probably won’t be sustained.”