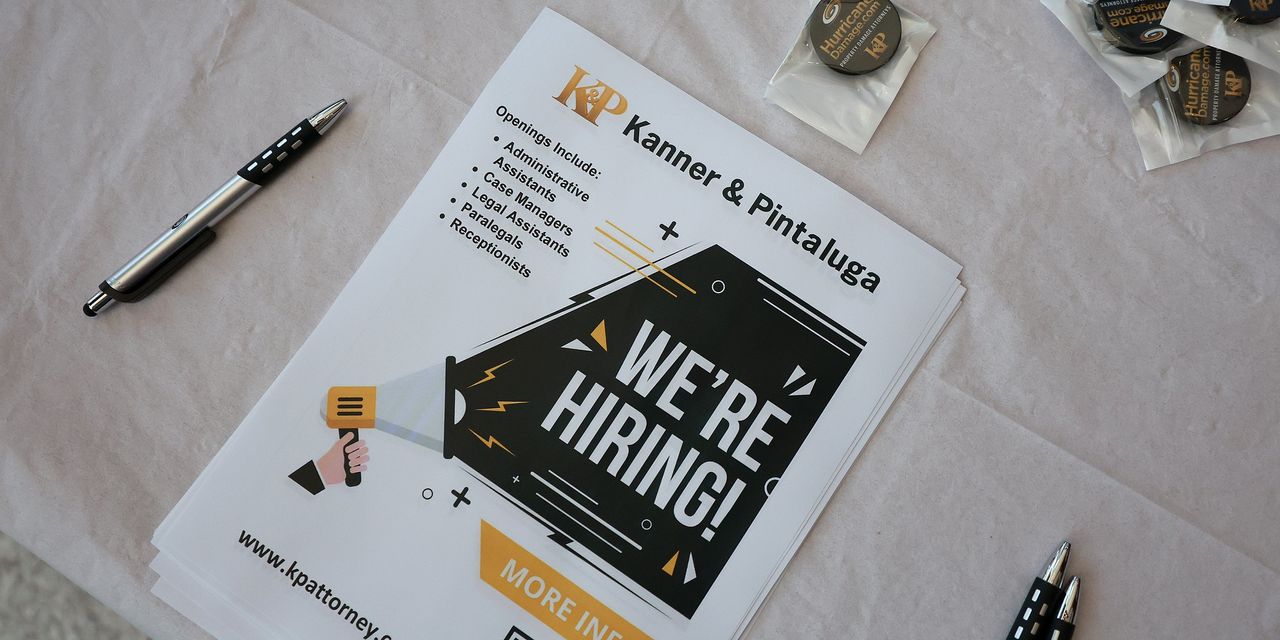 The numbers: The US economy is cooling off, but the labor market is still red-hot: Job openings fell slightly in May to a still-high 11.3 million and layoffs remained near a record low.

Job openings have slipped two months in a row after peaking in March at 11.9 million, but they have topped 11 million for six straight months. Layoffs are also extremely low.

The number of people who quit jobs in May, meanwhile, fell slightly to 4.27 million, the Labor Department said Wednesday.

Quits topped 4 million one year ago for the first time ever, part of a pandemic-era trend that’s become known as “the great resignation.”

Before the pandemic, the number of people quitting jobs averaged fewer than 3 million a month.

Big picture: The US labor market is the economy’s biggest bulwark against recession. As long as people are working and feel secure in their jobs, they are likely to keep spending and help the economy expand.

While there have been reports of scattered layoffs, most companies say their biggest problem is finding enough labor to fill open jobs and to keep their current employees from leaving.

Hiring is expected to slow when the government releases the employment report for June on Friday. And more and more companies have indicated they plan to be more cautious about how many people they hire.

Key details: Job openings fell the most at white-collar profession businesses (-325,000) and manufacturing (-208,000). Technology companies in particular are scaling back.

Openings rose at hotels, restaurants and retailers, a sign that Americans are still going out and spending.

The rate of hiring was unchanged – a good sign.

More people quit when the economy is doing well or they think they can find a better job. Most people who quit are finding new jobs.

There’s almost two open jobs for every unemployed person, though companies never try to fill all of them. The number of job openings is largely viewed as a way to assess the strength of the labor market.

“Layoffs and discharges remained historically low at 1.4 million, well below the pre-Covid average of 1.9 million,” said chief economist Julia Pollack of ZipRecruiter. That’s “an indication that employers are hanging onto the workers they have in a tight labor market where replacing them is unusually costly.”

Looking ahead: “This is not what a recession looks like,” said Nick Bunker, director of economic research at Indeed Hiring Lab. The May job openings data “obviously lags what’s happening in the labor market presently, but all signs are that it remains strong.”

“There will be a time when the US labor market takes a downturn, jobs are shed at a higher rate and workers stop quitting their jobs,” he added. “But that time has yet to come.”

fell in Wednesday trades, extending a recent string of losses.