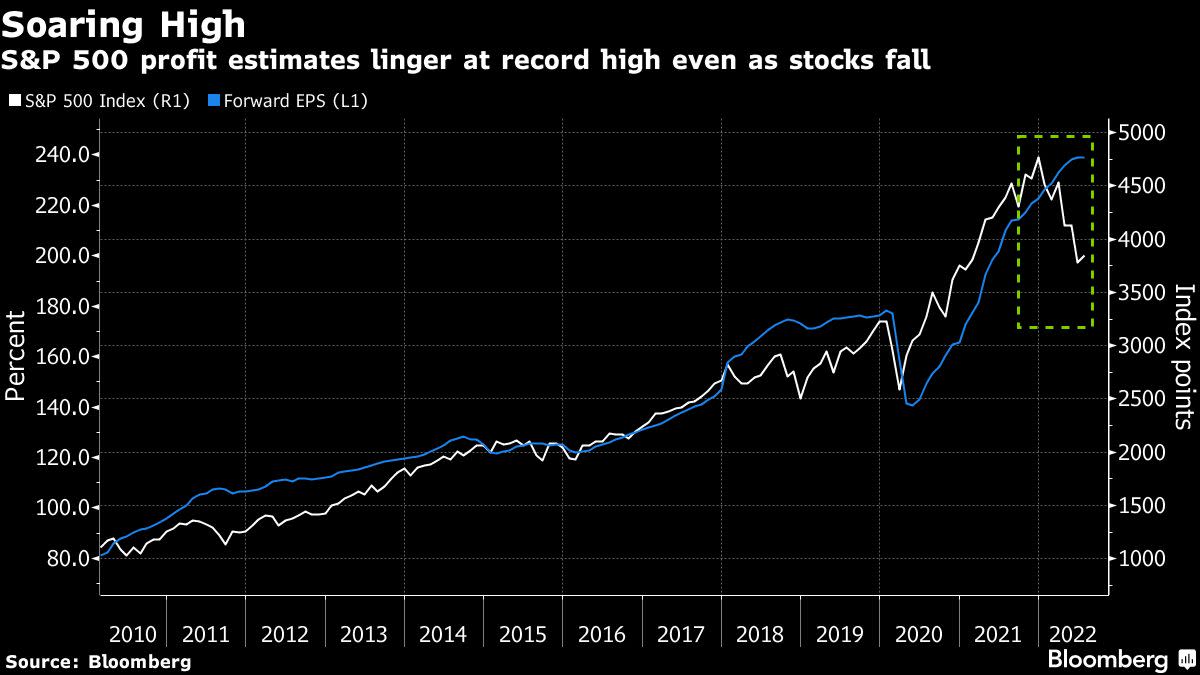 (Bloomberg) – Stocks in Asia look set for a cautious start on Monday amid fresh concerns about the possibility of more growth-sapping Covid curbs in China that could weigh on the global economic outlook.

Futures rose for Japan and Australia but were little changed for Hong Kong, where casino shares face a challenging open after Macau announced the closure of almost all business for a week from Monday due to a virus outbreak.

US equity contracts slipped following a weekly gain for global equities. The dollar was mixed against major peers in early trading while crude oil fell.

Financial hub Shanghai reported its first case of the highly infectious BA.5 omicron sub-variant Sunday and warned of “very high” risks, stoking fears of more lockdowns given that China remains wedded to stamping out the virus. Beijing has also pledged efforts to shore up the economy.

That cemented a drop in Treasuries, leaving the US 10-year yield above 3% but below the 2-year rate. Inversions along the yield curve are potential signs of economic retrenchment ahead.

An inflation reading due from the US later this week is expected to get closer to 9%, a fresh four-decade high, buttressing the Fed’s case for a jumbo July rate hike. Company earnings reports, meanwhile, will shed light on recession fears that contributed to an $ 18 trillion first-half wipeout in global equities.

The consumer-price index data will be “the core driver of risk this week” and a 9% print is possible, which “should keep US bond yields headed higher,” Chris Weston, head of research at Pepperstone Group, wrote in a note .

Elsewhere, the pound was steady as the race to replace Boris Johnson as UK premier heats up. In Japan, the ruling coalition expanded its majority in an upper house election held Sunday, two days after the assassination of former Prime Minister Shinzo Abe.

Over in Europe, the main conduit for Russian gas to Europe goes down for 10-day maintenance on Monday. Germany and its allies are bracing for President Vladimir Putin to use the opportunity to cut off flows for good in retaliation for the West’s support of Ukraine following Russia’s invasion.

President Joe Biden said talks on possible action on US tariffs on Chinese imports are ongoing. His administration has been considering easing some Trump-era levies on consumer goods. Biden and his Chinese counterpart Xi Jinping are expected to speak again in the coming weeks.

Some of the main moves in markets: