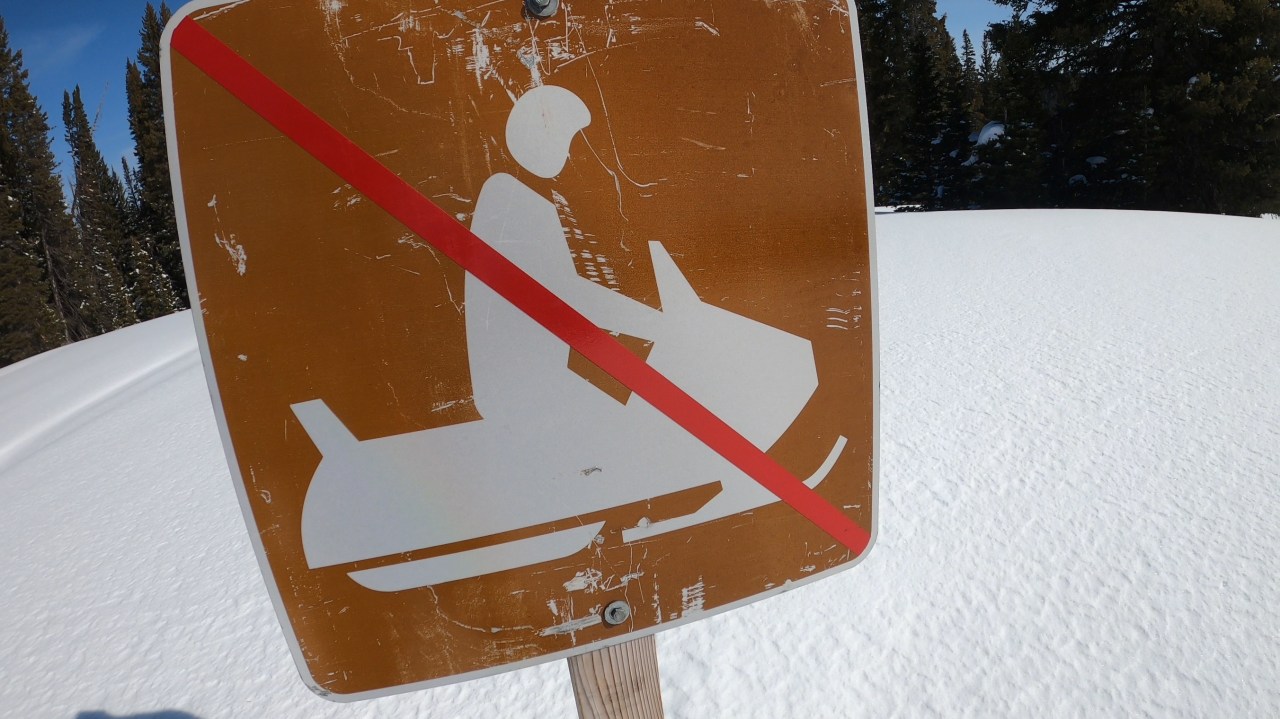 STEAMBOAT SPRINGS, Colo. (KDVR) – It’s the peace and tranquility that draws so many to Grand and Routt counties.

The rolling hills of pines with wide-open valleys create some of the most pristine landscapes in Colorado. But nestled within this area is one of the loudest places for recreating that you’ll find: Buffalo Pass and Rabbit Ears Pass.

“Buff Pass” is widely known as a haven for snowmobilers, with hundreds of miles of groomed trails and hundreds of inches of snow every year. But the US Forest Service says more and more snowmobilers are leaving this designated area and venturing out of bounds.

“These are special areas that were designated by Congress to be untrammeled by man,” law enforcement officer Lauren Ransom said. “We want to keep anything and everything modern out of the wilderness.”

The Wilderness Act of 1964 created millions of acres of federally protected “wilderness” across the country. That includes the Mount Zirkel Wilderness and Sarvis Creek Wilderness, which both border the snowmobile area near Steamboat Springs.

FOX31 joined Ransom and her teammate Steve McCone on a sunny Saturday morning, hopping on a pair of sleds to cruise along the clearly marked boundary.

“We’re going up to see if any snowmobiles are going up into the wilderness,” McCone said.

After about an hour of riding, we find our first signs of illegal activity, a pair of tracks leading into the Mount Zirkel Wilderness.

“They were definitely going in this way,” McCone said. “You can see they are fairly new, probably today tracks. But by now, the people are long gone, a constant issue with enforcing hundreds of miles of border.

“We have a lot of miles of boundary, and it’s pretty tough getting to all of it all of the time,” McCone said.

When they do catch people, both say they have little patience. Fines can reach $ 5,000.

“If they go blowing right by a sign, it’s a violation right then and there,” McCone said.

McCone said the excuses are often the same.

“They did not see the signs. They did not know where they were, ”he said. “They never checked the maps, or looked at the maps.”

“You might not be causing any damage, but you might drop a wrapper or you might have an oil leak,” she said. “Anything that is modern is supposed to not be in the wilderness.”

Ultimately, they say it’s up to riders to know where they are at all times.

The Forest Service is urging snowmobilers to download maps before they go and pay attention to the signs.

“We are one of the only countries in the world that is able to manage areas like this, and it’s awesome,” Ransom said. “It lets us be able to manage that area that it looks the same 500 years from now as it did today.”