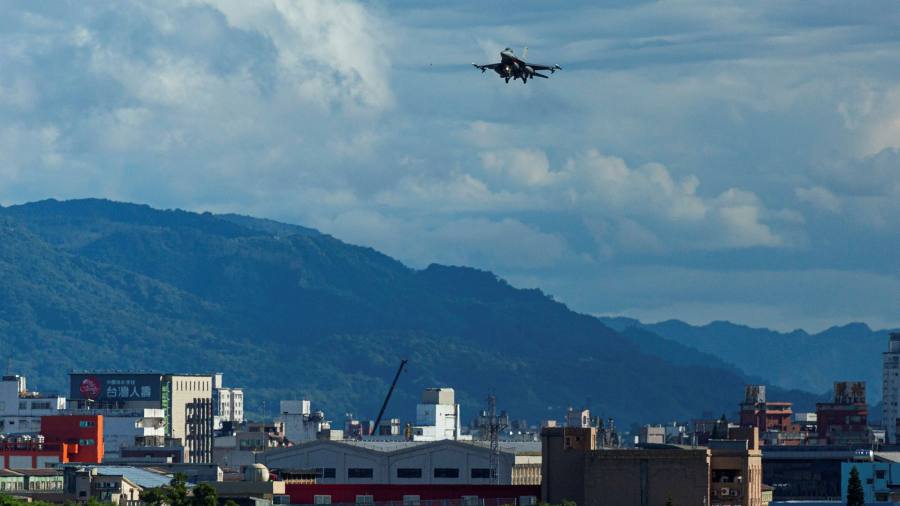 Ahead of Nancy Pelosi’s visit to Taiwan this week, there was concern from the White House to Tokyo that the US House Speaker’s trip would spark a crisis at a time when relations with China were already in a dangerous state.

Beijing’s aggressive response has crystallized the high stakes for US allies and partners in the region. Whatever fears many had about Pelosi’s trip, the dramatic missile launches and live-fire drills have created a negative outcome for Beijing, by galvanizing an increasingly united chorus of critics.

Before the Chinese military launched exercises on an unprecedented scale this week, the G7 had warned Beijing “not to unilaterally change the status quo by force”. Speaking alongside Pelosi in Tokyo on Friday, Japanese prime minister Fumio Kishida said the drills were a “grave problem” after five missiles, at least one of which flew over Taipei, landed in Japan’s economic exclusive zone.

“This is yet another example of Xi Jinping basically helping to create the security environment around China that he says he doesn’t want,” said Chris Johnstone, a former top US National Security Council official now at the CSIS think-tank.

Eric Sayers, a security expert at the American Enterprise Institute, said the G7 statement was a testament to the “tough diplomatic work” that the Biden administration has done to create a more unified position with allies on Taiwan. “Beijing would like to sow division and scare countries off from commenting about Taiwan. That clearly didn’t happen here.”

Johnstone said the Japanese position illustrated how China had miscalculated. Tokyo was concerned about the visit partly because it was trying to restart engagement with Beijing. While Biden has spoken with his Chinese counterpart five times, Kishida has only had one conversation with Xi — a congratulatory call when he became prime minister.

Johnstone said China’s response to Pelosi’s visit would “reinforce the perception in Japan that has been growing, that its security is linked to Taiwan’s”.

Australia also took a low-key stance ahead of the visit but then spoke out against China. “These exercises are disproportionate and destabilising,” foreign minister Penny Wong said after previously urging all parties to de-escalate.

Charles Edel, an Australia expert at CSIS, said the tensions came at a critical time in Australia, where there is a debate about the role the US ally would play in the event of a war with China over Taiwan.

According to a Lowy Institute poll, 75 per cent of Australians think it is somewhat or very likely that China will become a military threat to the country over the next 20 years — an increase of 30 points since 2018.

“Australia will now be more inclined to align its security policies vis-à-vis Taiwan more closely with the US and Japan,” said Edel.

The one American ally in Asia that was conspicuous in not criticizing China directly was South Korea. President Yoon Suk-yeol was also the only leader not to meet Pelosi during her five-nation tour of Asia.

Mike Green, head of the US Studies Center at the University of Sydney, said Yoon’s decision not to meet Pelosi and the stance of south-east Asian nations showed there was some “anxiety” in the region, but he added that there was more support for Pelosi’s trip in Japan than some had suggested.

However, Green said that Biden had complicated the situation for allies and partners by saying the Pentagon did not think the trip was a good idea, after it was revealed by the Financial Times.

“He exposed the kind of hesitation and division that only encourages Beijing to try to further divide the US government,” Green said.

Michèle Flournoy, a former top Pentagon official and managing director of WestExec Advisors, said that while some smaller Asian countries were worried about being caught in the middle, European nations such as the UK and France would “strengthen their resolve”.

Highlighting the alarm among smaller countries in the region, the Association of Southeast Asian Nations foreign ministers expressed concern about the “international and regional volatility” this week in a rare public statement.

“We all have skin in this game and . . . want America and China to get along,” Singaporean foreign minister Vivian Balakrishnan said on the sidelines of an Asean meeting. “This is a dangerous, dangerous moment for the whole world.” ‘

Underscoring the danger, Jing Quan, the third-ranking Chinese diplomat in Washington, this week warned that “Taiwan is one of the very few issues that might take China and the United States to conflict or even war”.

Most experts said Beijing dramatically altered the “status quo” concerning Taiwan this week. But others point out that Washington, Beijing and Taipei have taken actions in recent years that have shifted the geopolitical landscape. China has flown increasingly large numbers of warplanes around Taiwan, while Taipei has pushed the US administration and Congress to boost its international position.

While the White House stresses that it has not changed its “one China” policy — under which it recognizes Beijing as the sole government of China but only acknowledges Beijing’s position that Taiwan is part of China — it too has taken steps, such as easing restrictions on officials meeting their Taiwanese counterparts, that have sparked alarms in Beijing.

Biden has also on three occasions said the US would intervene militarily to defend Taiwan against an attack from China.

“China, America and Taiwan have all been pushing the envelope on the status quo, but then pretend the situation is still the status quo,” said one observer.

One reason some countries are increasingly nervous is that there is no sign that any of those involved are set to reverse direction soon.

Jack Bianchi, an expert on China’s People’s Liberation Army at the CSBA think-tank, said China’s military response was partly due to Pelosi’s visit, but also reflected concern about the one China policy.

“They want to draw a line in the sand so they don’t see a continuation of a trend that is strategically unfavorable to them,” Bianchi said.

Bonnie Glaser, a China expert at the German Marshall Fund, said US allies were unlikely to pull back in response to China’s aggression, but they would look for more guidance from Washington as they considered their policy.

“They are going to want to hear from the US what our strategy is going forward to prevent this from spiraling out of control,” Glaser said.