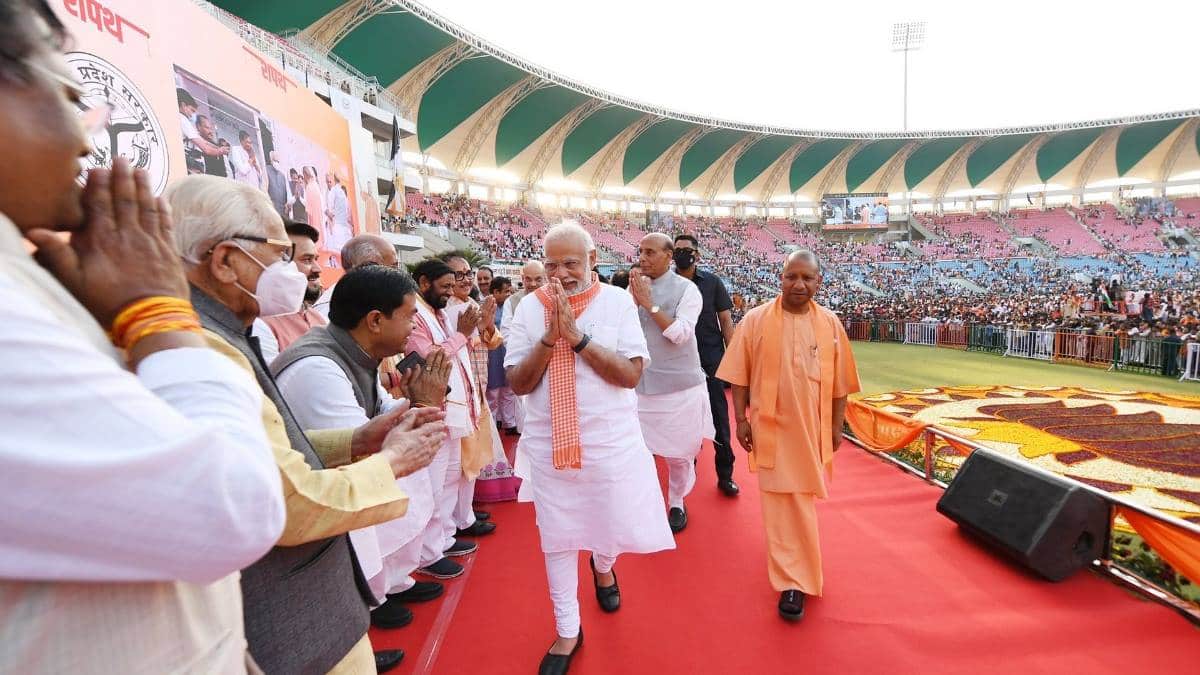 Of the 52 ministers, 33 are fresh faces which shows an amalgamation of youth and experienced leaders. Former Uttarakhand Governor Baby Rani Maurya got a cabinet berth while BJP state unit president Swatantra Dev Singh and former IAS officer AK Sharma were also included in the list. Both Baby Rani Maurya and Swatantra Dev Singh are prominent OBC faces. Considered a close aide of PM Narendra Modi, Arvind Kumar Sharma kicked off his political innings after taking voluntary retirement from the Indian Administrative Service and became a member of the UP Legislative Council. A Gujarat cadre officer and a native of Uttar Pradesh’s Mau district, Sharma previously served Modi when he was the chief minister of the state.

Lone Muslim face in the Yogi cabinet is Danish Azad Ansari who replaced Mohsin Raza as the representative of the minority community in the BJP government. Ansari’s father is a weaver. He has been associated with the Akhil Bharatiya Vidyarthi Parishad and has been active in the BJP for a long time. He is the State General Secretary of BJP’s Minority Morcha.

Rakesh Rathore Guru, who became the Minister of State after winning the election from Sitapur, is a mechanic. A resident of Misrikh, Guru had come to Sitapur 40 years ago and had started a scooter repair shop. He entered the poll fray from the Sadar seat for the first time on the BJP and surprised everyone by not only winning the election but also securing a cabinet berth.