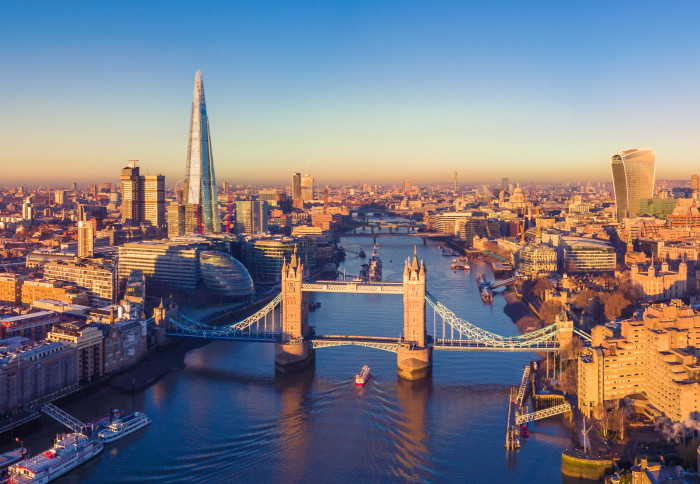 Imperial’s most promising innovators for students struck an audience of investors and business leaders at London Demo Day.

Imperial’s Enterprise Lab teamed up with UCL’s Hatchery and King’s 20 Accelerator to present some of their most innovative student-founded startups to a group of international angel investors and alumni from the three universities.

Fifteen of the top startups from the three universities lined up for investors’ interest at the second Demo Day ever, which was virtually hosted by UCL. Startups spanned healthcare technologies, fintech, companies with social impact and a number of other industries.

ApTap develops intelligent billing and subscription management tools for bank customers. According to the team, British consumers waste millions of pounds every year on paying too much on their bills and subscriptions – this may be because they have a hard time understanding what they regularly pay for, or know which offers are best for them.

ApTap would allow customers to cancel, compare, switch or sign up for services with a few taps, embedded in their partners’ apps, such as banking apps. The team consists of imperialist candidates Will Billingsley, Isa Ibrahim and Nadal Sarkytbayev.

The fashion industry accounts for about 10% of global carbon emissions and almost 20% of wastewater. SaltyCo is a materials science company that aims to create ‘planet-positive’ textiles by utilizing regenerative agriculture. They do this by actively healing damaged ecosystems through their innovative material supply chain.

Their first product, BioPuff, is a plant-based fiberfill for use as an alternative to goose down or synthetic fillings. Not only is it warm, light and naturally water-repellent, but BioPuff is also biodegradable, carbon-negative and cruelty-free.

According to Team Kouo, mental health is often confused with mental illness, which makes it difficult to deal with it effectively – yet everyone has mental health, and the team says it defines how we interact with the world.

Kouo develops headphones to help users identify, follow and understand their emotions. The headphones’ embedded biometric sensors measure neural activity through electric fields, in combination with several other biomarkers, to indicate the wearer’s emotions. These signals are then fed into Kouo’s emotional recognition platform to analyze emotions second by second.

The team says a large percentage of clinical trials are delayed each year, with delays in recruiting participants having detrimental effects on clinical development timelines. Neucruit uses artificial intelligence to decentralize recruitment for clinical trials.

Scaled’s algorithm designs data-driven, customized, and responsive scale structures according to user specifications. This then produces a series of custom, interlocking protection scales for controlled movement restriction. The wearables are designed to restrict movement beyond a certain angle to prevent overextension of joint damage.

Ben Mumby-Croft, Director of the Imperial Enterprise Lab, said: “We are delighted to be taking part in our second London Demo Day. It is an incredibly important platform for us and it enables us to showcase some of the amazing entrepreneurial talent, “It’s coming up through the imperial ecosystem. For us, it’s a great opportunity to make new connections and for our teams to raise investments.”

Visit the London Demo Day 21 showcase to see the pitch tires for all 15 startups from the demo day.

Four Imperial teams from London Demo Day 2019 have gone on to raise money and launch products. Pluvo now has billboards on the streets of London that take pollution and viruses from the air. Jelly Drops built their factory and produced over one million hydrating candies for people with dementia by November 2020.

Planera launched the world’s only certified flushable sanitary napkin, and with a huge waiting list, they secure a seed round so they can produce on a scale. Fungi Alert has launched products such as the SporSenZ sensor, which facilitates mapping of soil health in the field. The sensors give growers the location of the disease pressure and the microbial community in their farms.