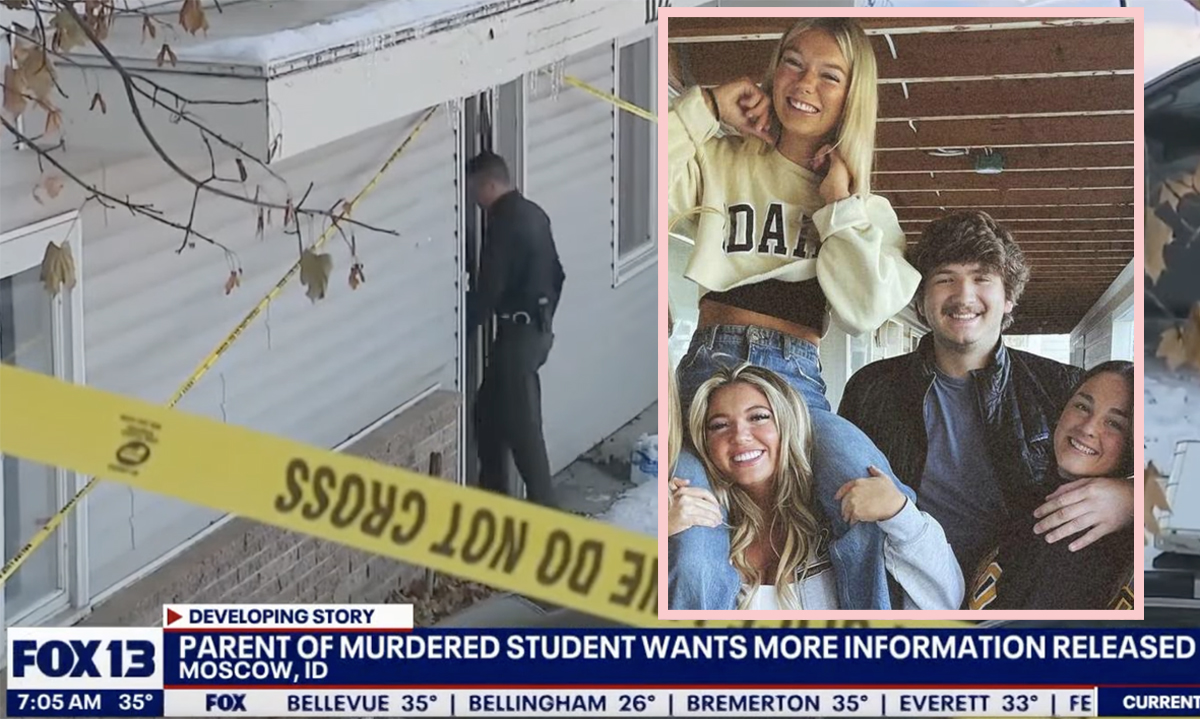 It looks like the Moscow Police Department are making a real effort to increase their transparency after news broke of victims’ families hiring lawyers.

If you’ve been following the case of the University of Idaho murders, you know police have been very tight-lipped since the very beginning. We learned right away that four young people were dead, but it took days before it was confirmed they were brutally murdered with a knife. Now, exactly one month into the investigation of the murders of Kaylee Goncalves, Xana Kernodle, Ethan Chapin, and Madison Mogen, we still don’t know much more than that — at least not that’s come from the cops on the case.

In an effort to fix that, Moscow PD Operations Captain Roger Lanier is giving the public a brief recap of the case so far. Just a day after his last update, in which he explained authorities “are not releasing specific details” because they fear it would “compromise” the investigation, he’s opening up about what he can tell everyone, starting at the beginning. He recalled about that haunting first day, November 13:

“I got called at home. It was on a Sunday afternoon… And it took me a second. I really had to think about what I had just heard. Four murders in Moscow, Idaho, was so out of character.”

He clarified that the scene around the house was not so out-of-control as other reports may have implied:

“The scene wasn’t chaos… but it was very, very somber.”

He mentioned there was already a substantial crowd gathered outside the crime scene tape by the time he got there:

“They were standing outside, there was a lot of crying, there were friends trying to find out who exactly was inside the house, some family members that arrived on scene. It was incredibly hard for the community.”

And that community includes the police themselves, some of whom are very young — barely older than the 20- and 21-year-olds found in that house.

“It was also really, really hard on our officers, some of whom are very young. And that was the first real, major crime scene that they had encountered. So emotionally, it was a very, very draining day.”

According to reports, four officers on the scene were rookies. But it sounds like all of them were new to this kind of crime scene. We imagine most cops never have to see something like this.

Thankfully the inexperienced Moscow PD aren’t alone. Captain Lanier explained “the FBI got involved almost immediately” and set up a command post in the parking lot of the Moscow Police Department building. Together with the state police, they have been poring through many tips, some of which are helpful, some of which aren’t.

Related: Police Think Kaylee May Have Been The Target??

Lanier reiterated that the “most frustrating part” of the case for law enforcement is all the amateur sleuthing and speculation — because it has led to more unhelpful tips:

“We find ourselves not only tracking those rumors down and trying to quell them, we see our tips that come in are geared more toward the rumor and not the facts that have been put out.”

He added that some particularly irresponsible rumors have put loved ones of the victims in the crosshairs, “some of whom have had death threats”:

“It’s been devastating. In some ways — in many ways — it just revictimizes folks who have already suffered this terrible trauma.”

As for the future of the investigation? Captain Lanier says it may be a tedious process, but he’s confident they are on track to find the killer:

“This investigation is not cold… Every single day we get a good amount of viable tips, and those tips help us do everything from clear people who maybe there was some speculation about, to further some of the theories that we’re working on. So the next is just to continue on what we’re doing, eliminate the information that we know is not going to be relevant to the investigation, and take all the new information. And eventually — and we see this coming — eventually we’re going to narrow in on exactly what happened and who did it.”

As for the when? Only time will tell.

What do YOU think of this extra transparency? See Captain Lanier’s full update (below):

Use Your New Marketplace Health Coverage