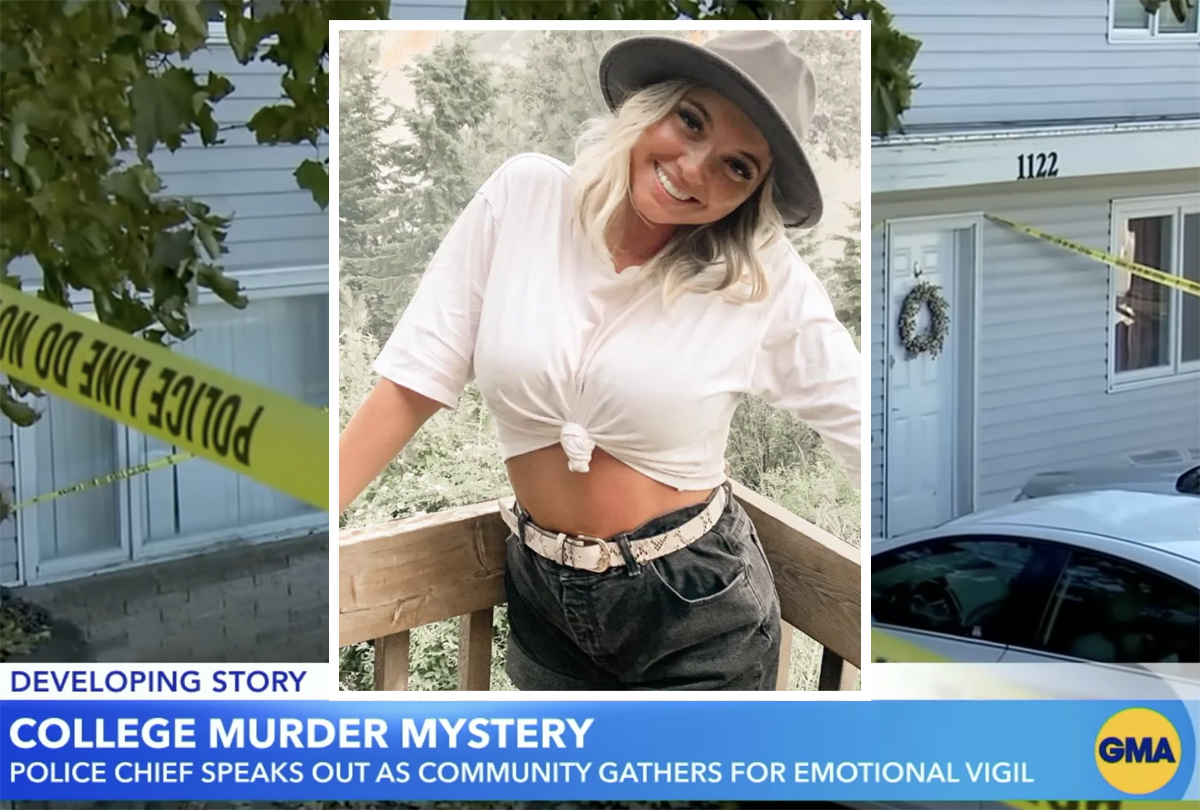 We learned two big things about the University of Idaho murders over the weekend.

Victim Kaylee Goncalves‘ family gave multiple interviews, finally revealing a very good reason why police might suspect she was the intended target: her death was “significantly more brutal” than that of her three friends, Xana Kernodle, Ethan Chapin, and Madison Mogen.

They also admitted to being so frustrated with the Moscow PD‘s handling of the case that they were talking to private detectives about it. One key area of frustration? The elimination of suspicious characters in what they believe was a premature way.

One such person was Kaylee’s alleged stalker, a rumor that had been fueled by internet sleuths. Apparently the 21-year-old told friends in mid-October, a month before the killings, about a guy who had followed her around a bit. Apparently she had gone into a local business and drew the attention of two men — then one may or may not have followed her to her car.

It’s a scary thought considering what happened later… but police have ruled both men out. Law enforcement sources spilled to TMZ that the men spoke to police, admitting they were trying to meet women in the establishment. However, there was nothing, cops said, to tie them to the murders.

This matches up with the Goncalves family’s dismissal of the stalker theory. Her father Steve Goncalves told News Nation:

“She’s a pretty girl, her friend’s really pretty, so them attracting attention was pretty common wherever they went… Whether that’s a dedicated person following her around, maybe not.”

That’s one area they agree with cops so far.

But they did voice frustration in the clearing of suspicious persons. Kaylee’s mother, Kristi Goncalves, said:

“I just feel like there’s been a couple individuals that were cleared very fast that maybe should not have been.”

Which of these is still gnawing at the parents? Is it another person we’re unaware of? We’ll keep a close eye on the case as more develops. But for now the stalker theory seems pretty well debunked. If someone was stalking any of the victims, it apparently wasn’t someone they knew about.