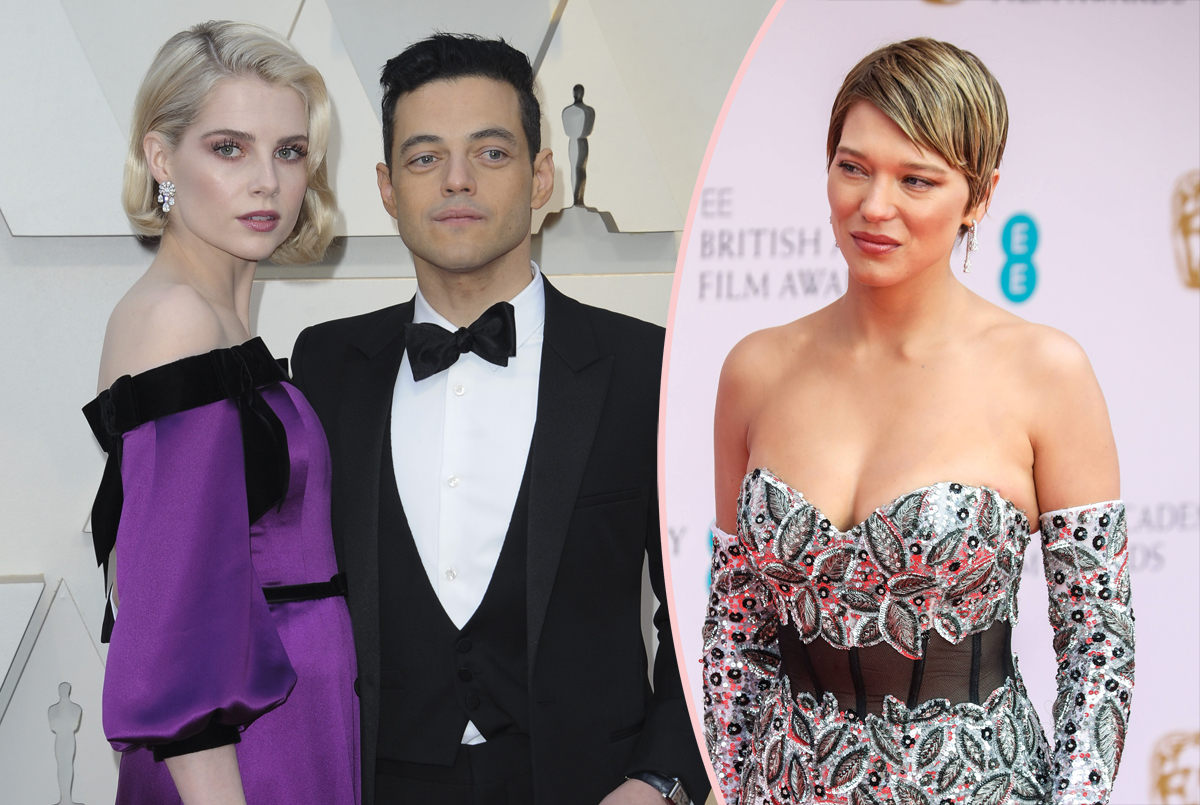 What’s going on with Rami Malek and Lea Seydoux??

In photographs first obtained by DailyMail.com over the weekend, the No Time To Die co-stars were seen getting dinner and going on a very romantic, flirty walk. They’re both acclaimed, popular young stars. The problem is… neither of them is single!

OK, so here’s what actually was seen. Witnesses say they enjoyed a two-hour meal of sushi, after which they walked down the world-famous Sunset Boulevard. A source told the outlet:

“Rami and Lea looked extremely close and were having a great night. They were smiling and looked so happy in each other’s company. After leaving the strip mall restaurant they walked along the street still linking arms… They clearly enjoy each other’s company a lot and seemed to be very friendly.”

They kept close during the very cute stroll, taking turns with their arms around each other. They stopped at various locations so the French Dispatch star could pose as Rami took photos. He really took his time, getting onto his knees on the pavement to make sure the pics were perfect. They then looked at the snaps together and giggled. It was all very sweet.

But what the eff?!

For those who don’t know, Rami has been dating Lucy Boynton for the past 4+ years. They met filming Bohemian Rhapsody and have been inseparable since. When he won the Best Actor Oscar he told her in his acceptance speech:

“Lucy Boynton, you are the heart of this film, you are beyond immensely talented, you have captured my heart.”

So far as we’ve heard the couple are still going strong. They were spotted just last month at Leonardo DiCaprio‘s star-studded birthday party. That was November 11. Have they split in the last four weeks?

Meanwhile, Lea has been in a relationship with model Andre Meyer since 2013. They have a 5-year-old son together named Georges. So… what’s going on?

It’s possible they’re just friends, that they bonded while filming the Bond movie, and they’re just hangin’, having a fun, totally platonic and uncontroversial time. But… it really does look like a date. If your man were doing this with another woman, would it be chill with you?

Besides, People reached out, and Rami’s reps have still not responded as of this writing. If this was just two Hollywood pals, palling around Hollywood, why not say so? That’s weird, right?

If it’s more, well, that opens another can of worms. See, No Time To Die may have come out in October 2021, but that was one of the pandemic-delayed movies that had been in the can for quite some time. It was filmed in 2019, starting in April. The month after that Academy Awards ceremony when Rami was professing his love. If this thing between him and his co-star is more than friendship, it raises a hairy question of when it started.

What do YOU think? Is this just friendly? Totally innocent? Or something more?? Let us know your guesses in the comments (below)!