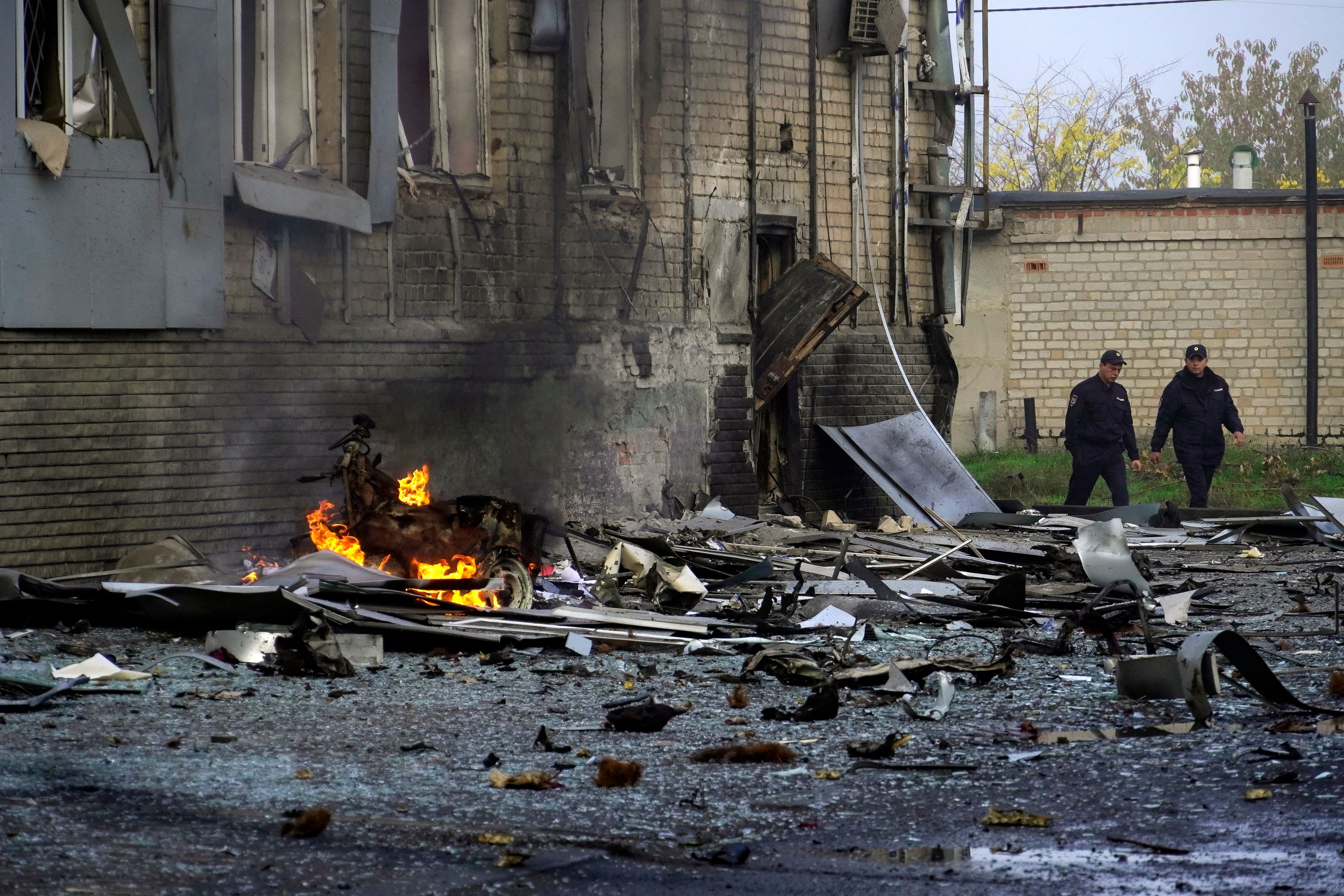 Pro-Moscow authorities said the attack in the occupied part of the Zaporizhzhia region in southeastern Ukraine on Saturday night killed two people and injured 10.

However, Ukrainian officials reported that about 200 “occupiers” were killed or injured. Newsweek could not independently verify the claims.

The strike hit a former hotel complex next to a church that was being used as a barracks by Russian forces, The Guardian reported.

Balitsky said a “recreation center” where civilians were dining was “completely destroyed” in the strike with HIMARS missiles. HIMARS have been among Ukraine’s most formidable weapons in the war, allowing forces to precisely strike numerous targets.

“According to preliminary data, two dead, ten injured. The injured are provided with all the necessary medical assistance,” Balitsky said.

“Rescuers are on the scene and the rubble is being cleared.”

Vladimir Rogov, a senior member of the Russian-installed administration in the Zaporizhzhia region, shared footage of the structure engulfed in flames.

“Firefighters are trying to put out the fire and pull people out of the rubble,” he wrote, adding that two were dead and two injured.

But Ivan Fedorov, Melitopol’s exiled mayor, said on Telegram that some 200 people were killed or injured.

He wrote that the strike had hit a church that Russian forces “had turned into their den for gatherings.”

“It is hot in Melitopol. More than 10 loud explosions are heard in all areas of the city,” he wrote in one post.

Oleksiy Arestovych, an adviser to Ukrainian President Volodymyr Zelensky, said Melitopol, a major industrial and transport centre that was one of the first big cities to fall to Russian forces in March, is key to the defence of the south, according to Reuters.

“All logistics linking the Russian forces on the eastern part of the Kherson region and all the way to the Russian border near Mariupol is carried out through it,” Arestovych said in a video interview on social media.

“If Melitopol falls, the entire defence line all the way to Kherson collapses. Ukrainian forces gain a direct route to Crimea.”


Is Jacob deGrom Taking A Shot At The Mets With His Comments?