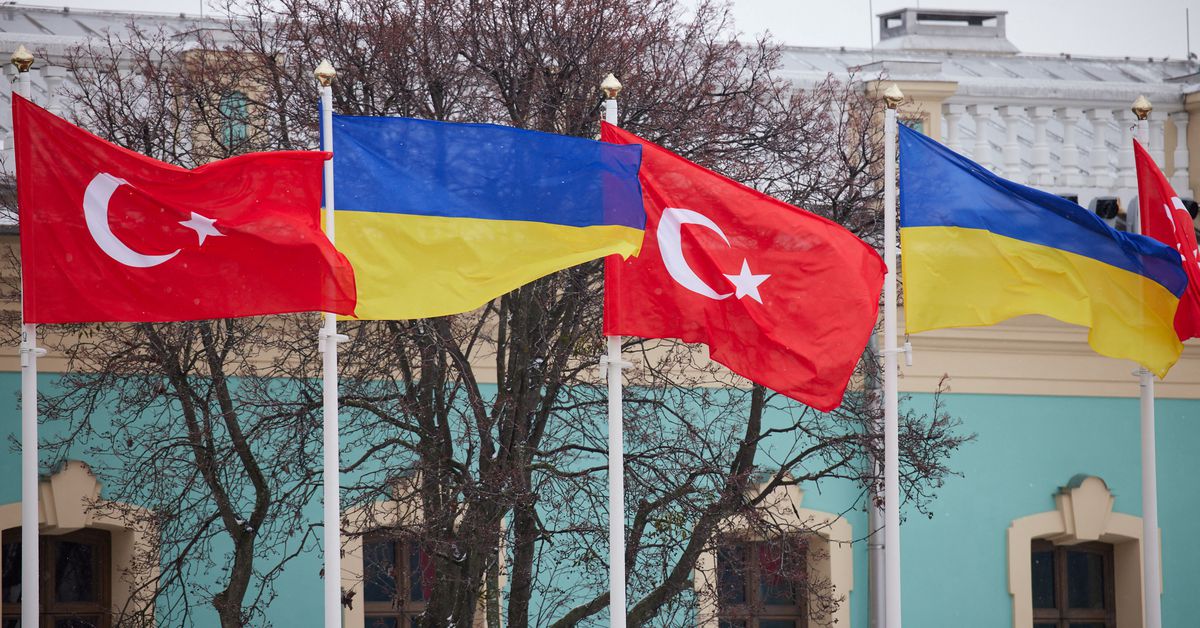 ISTANBUL, April 16 (Reuters) – Ukraine is working with NATO member Turkey as much as possible for more support over Russia’s invasion and understands – even though it is not happy with – the reality of Ankara’s parallel ties to Moscow, a Ukrainian diplomat said.

Ankara has criticized the invasion and sold drones to Kyiv despite Russian objections. But it has also opposed Western sanctions against Moscow and maintained a careful rhetoric by refraining from accusing either country over the conflict, even amid reports of war crimes in parts of Ukraine.

“We would be happy if Turkey joined the sanctions” and cut flights from Russia. “But we understand this reality,” the diplomat told foreign journalists on Friday on condition of anonymity.

“… Instead of criticizing Turkey we are working with the Turkish side as much as possible, and not demanding something that is improbable,” the person added, noting that it was still the only country that had managed to bring together Russian and Ukrainian officials for peace talks.

Turkey, which relies heavily on Russian energy imports and tourists, has emerged as a safe haven for Russians fleeing fallout from the sanctions, and many have invested in Turkish property. read more

The diplomat cited data showing more than 100,000 Russians had arrived in Turkey and sought residence documents since the war began. Over the same period, however, some 85,000 Ukrainians have also arrived, of whom around 47,000 have since moved on to other countries or returned home, the person said.

Turkey has also barred some Russian warships from transiting its straits to the Black Sea, thereby “saving” Ukraine’s coastal city of Odessa, which has resisted Russian attacks, the diplomat said. read more

Some Russian vessels are still transiting and could bring supplies from Syrian waters, the diplomat said, adding: “We are asking the Turkish side to monitor what they are bringing from Syria to Russia.”

Turkey opposes Russia’s policies in Syria and Libya and its 2014 annexation of Crimea but has bought Russia’s S-400 missile defense system, for which Ankara was hit with US sanctions in December 2020.