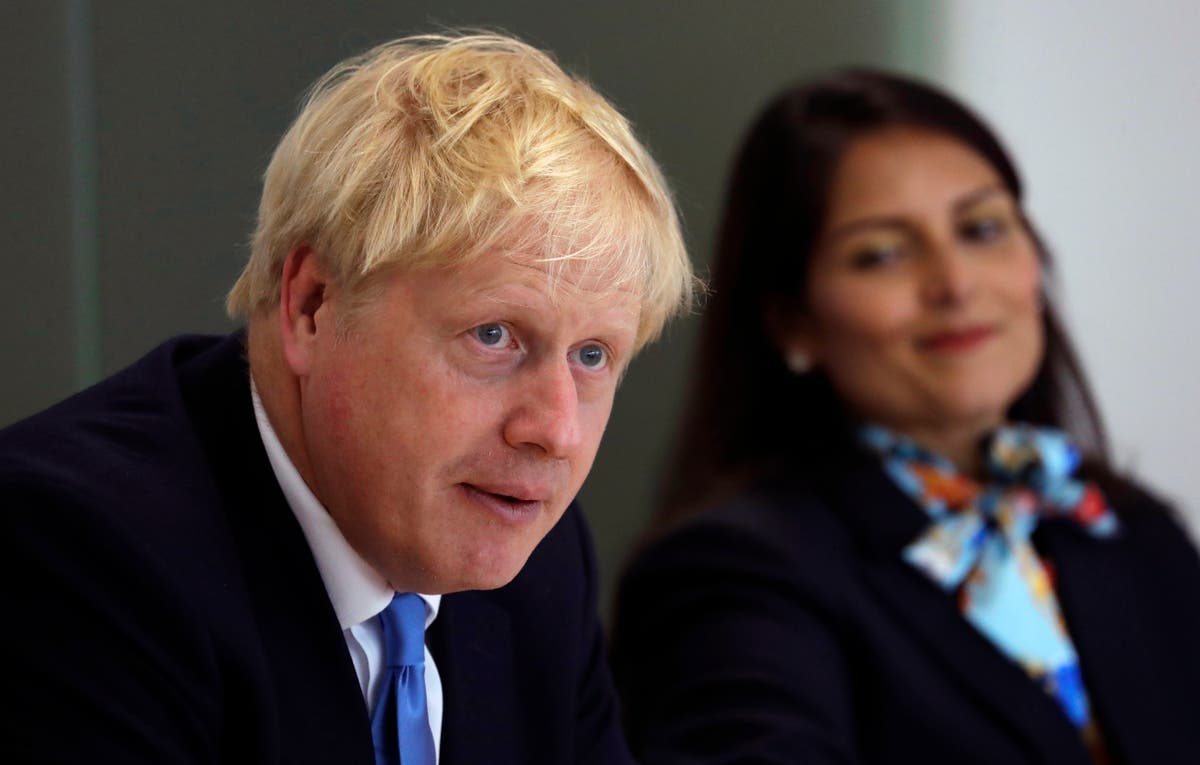 Boris Johnson and officials at No. 10 are said to have halted Home Office plans to expand the UK’s offer to Ukrainians fleeing the Russian invasion.

Home secretary Priti Patel has come in for fierce criticism from both Conservative and Labor MPs for her response to the Ukraine refugee crisis and the insistence on visa requirements.

Downing Street intervened to stop a plan by Ms Patel to open up a new “humanitarian route” for refugees fleeing the war, according to Sky News, citing government sources.

“The problem is No 10 – the PM and [chief of staff] Steve Barclay – who are personally slapping this down, ”one source told the broadcaster.

On Monday Ms Patel told The Sun. she was “urgently escalating” the government response and was “now investigating the legal options to create a humanitarian route”.

But No 10 has been cautious on the idea of ​​opening up routes for large numbers of Ukrainians to come to the UK without extensive checks.

Downing Street is also understood to have reigned in a Home Office plan to allow the family members of Ukrainians on temporary visas enter the UK. Only those with permanent visas can currently bring in family.

As of Thursday, only 1,305 Ukrainian refugees have been granted with a visa under the Home Office’s family migration scheme – despite tens of thousands applying for refuge.

Leveling up secretary Michael Gove has been tasked with setting up a new sponsorship route that will allow local authorities, community groups and individuals to provide a home to Ukrainian refugees.

But refugee charities have told The Independent that Ukrainians may end up in hotels and hostels because of the “decimation” of official resettlement program funding.

They warned that sponsorship schemes of the kind set to be launched by Mr Gove on Monday should not replace large-scale state humanitarian programs, amid fears that community groups could be expected to “pick up the pieces”.

Tim Naor Hilton, chief executive of Refugee Action, told The Independent that the failure to maintain previous resettlement programs had left the UK unprepared for an influx of refugees.

“That is why 12,000 Afghan refugees are still stuck in hotels seven months on from the Afghanistan evacuation, and why we are deeply concerned that the government is considering similar forms of” temporary “accommodation for Ukrainians.”

The Times reports that the government expects accommodation providers such as hotels, landlords and B&B owners to form “the bulk of offers” under the new sponsorship scheme.

It comes as French President Emmanuel Macron accused the UK of failing to live up to its “grand statements” on helping Ukrainian refugees.

“I would hope that the Ukrainian men and women who have lived through horror and crossed Europe to reach their families on UK territory will be better treated,” said Mr Macron, following the difficulties some have had applying for visas at Calais and elsewhere.

On Thursday, Ms Patel announced that from Tuesday people will be able to apply online for a visa and will no longer have to go to a processing center to give their biometrics.

“We are now making the process quicker and simpler by removing the need to physically visit visa application centers for many of those who are making the perilous journey across Europe,” said a Home Office spokesperson.

A government spokesperson denied claims of a row between No 10 and the Home Office.

“The government is united and working at pace to deliver our new sponsorship route which will allow individuals and organizations in the UK to provide accommodation and support for Ukrainian refugees,” said the spokesperson.