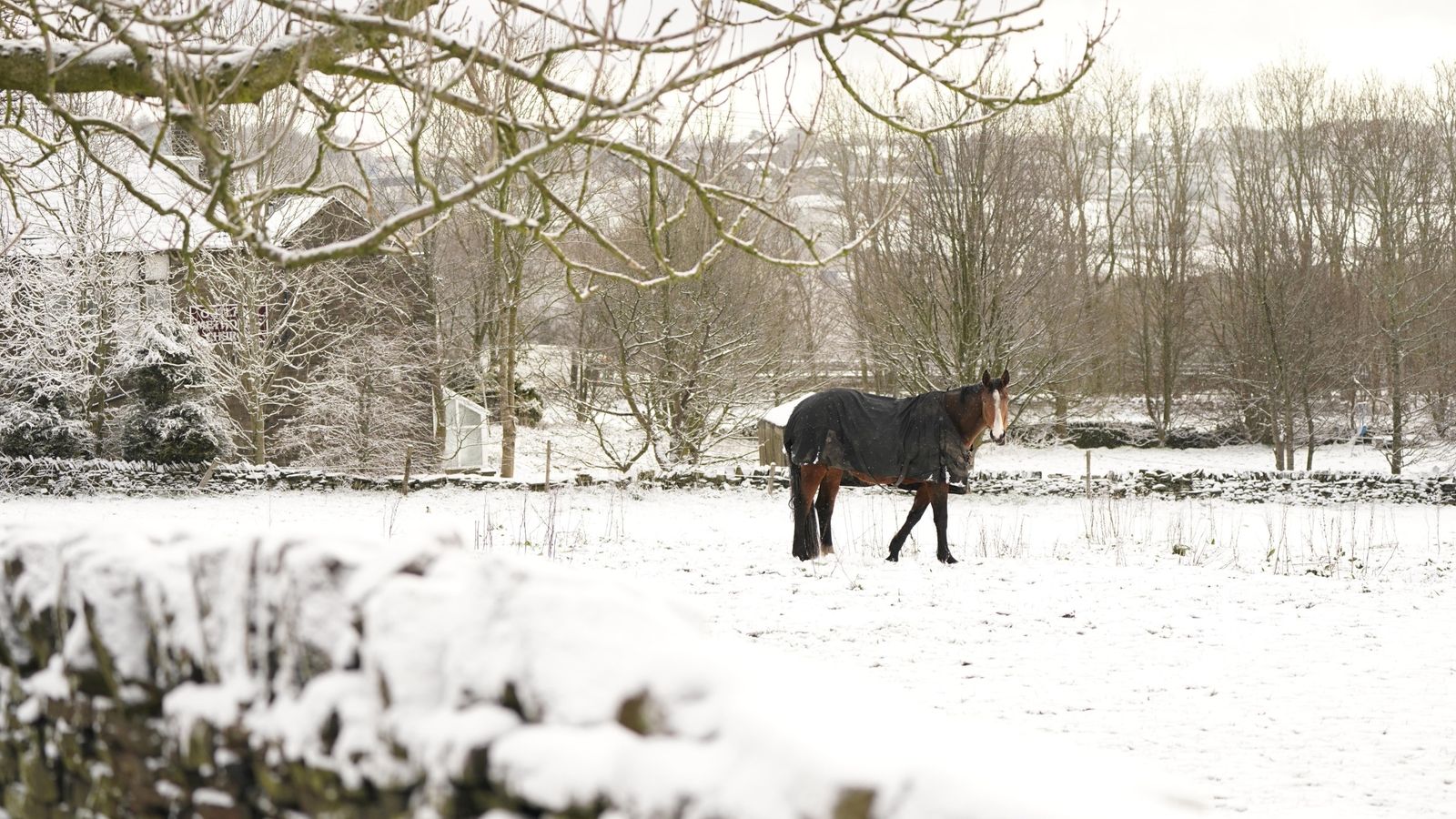 Snow has fallen as far south as London and across other parts of the UK after the Met Office issued a weather warning for icy conditions – as bitterly cold air grips the country following last week’s spring sunshine.

Following last week’s highs of 20C (68F), a cold snap has moved across the UK with temperatures forecast to top 10C (50F) heading into the weekend.

The Met Office earlier issued a yellow weather warning for ice covering a large swathe of eastern Scotland, northeast England and Yorkshire until 10am on Thursday.

It said “snow and hail showers could lead to icy surfaces, with possible travel disruption”.

However, light snowfall has been spotted as far south of the UK as London this morning as temperatures plummeted overnight.

Meteorologist Matty Box said there was currently a “cold air mass” over the UK and warned that more weather warnings could be issued for Friday morning.

“There is an ice warning out at the moment,” he said. “If there’s any melt and it refreezes overnight then there’s an ice risk.

“I suspect there will be a similar risk for Thursday night to Friday morning.”

People have been sharing their snow pictures on social media, with some waking up to blankets of snow outside in the likes of Aberdeen, Yorkshire, Newcastle and Derbyshire among other places.

Many believe this to mean that you can be “clouted” or caught out by a cold spell up until the end of the month of May, but in fact the old English meaning of the word clout, means cloth or clothing.#springtime #snow #freezing pic.twitter.com/Wn2OVWo166

Mr Box added that there could be a likely occurrence of snow over Thursday night and Friday morning as well.

“It will be concentrated and there will be snow showers”, he said.

“It will be eastern and northern areas of the UK that are more likely to see any showers of rain, sleet or snow.”

The weather will then improve over the weekend, with some sunny spells.

He added: “Showers will become less frequent, but still with the chance of some wintry showers … in the east coast and the North Sea coast in particular through Saturday.

“There should be a fair amount of sunshine as well with sunny spells in between.”

Temperatures fell below freezing on Wednesday night through to Thursday morning, prompting councils to issue emergency protocols to deal with the swift change.

The Met Office also warned that hail showers could lead to icy surfaces, possibly causing travel disruption due to icy patches on roads and pavements – leading to an increased chance of accidents or injuries.

Forecasters added that some higher elevation roads may also be affected by snowfall, resulting in longer journey times.