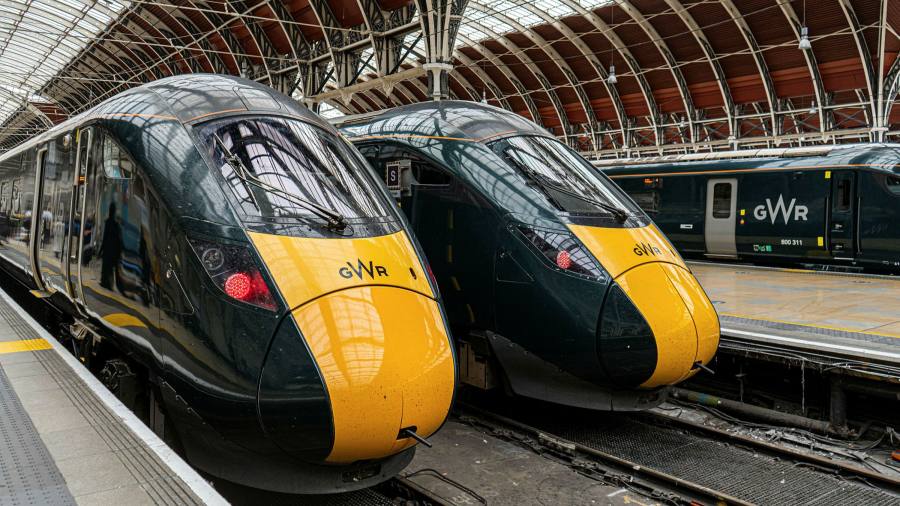 UK train drivers are planning a nationwide strike over pay this month, marking the first co-ordinated industrial action by them in 27 years, while other rail workers have also announced a further two days of walkouts of their own in August.

The train drivers’ union Aslef said the one-day strike on July 30 was the result of rail companies failing to make a pay offer in line with the rising cost of living.

The action will mark the first taken by drivers collectively since 1995 and will be the latest disruption on the rail network. A strike last month by RMT union workers focused on staff at Network Rail, the provider of Britain’s railway infrastructure, and more than a dozen train operators.

It brought the network to a standstill, and industry executives fear a walkout by drivers could be more disruptive for affected lines, as there are very few back-up options to replace striking drivers, other than a relatively small pool of managers who are also trained drivers.

Together with a walkout on July 27, which the RMT announced on Wednesday after rejecting a “paltry” pay offer and vowing to continue striking “for as long as it takes”, Aslef’s action will coincide with the start of the Commonwealth Games in Birmingham on July 28, threatening to hit attendance.

Grant Shapps, the transport secretary, said Aslef was “cynically orchestrating” strike dates to coincide with the games, with union bosses “determined to cause as much misery as possible”. He added that train drivers on average earn just under £ 60,000 a year, more than twice the national average.

The RMT on Thursday evening announced two further days of strikes by its members for next month – for August 18 and 20 – across 14 train operating companies.

Drivers at individual train operators have gone on strike recently but Aslef’s is a co-ordinated move that could cause disruption across the country.

“We do not want to inconvenience passengers, not least because our friends and families use public transportation,” said Aslef general secretary Mick Whelan. “We believe in building trust in the railways in Britain – and we do not want to lose money by going on strike.

“But we’ve been forced into this position by the train companies, driven by the Tory government. The drivers at the companies where we are striking have had a real-terms pay cut over the past three years, ”he added.

RMT general secretary Mick Lynch said after announcing his union’s two fresh strike dates that the rail industry and government needed to understand that the dispute over pay, job security and working conditions would not simply vanish. “Now Grant Shapps has abandoned his lost hopes for the job of prime minister, he can get back to his day job and help sort this mess out,” he said.

Other unions are also consulting about further walkouts. TSSA, which largely represents managers and supervisors, has balloted 10 train operators and Network Rail. It is expected to announce strike dates within days.

FT survey: How are you handling higher inflation?

We are exploring the impact of rising living costs on people around the world and want to hear from readers about what you are doing to combat costs. Tell us via a short survey.