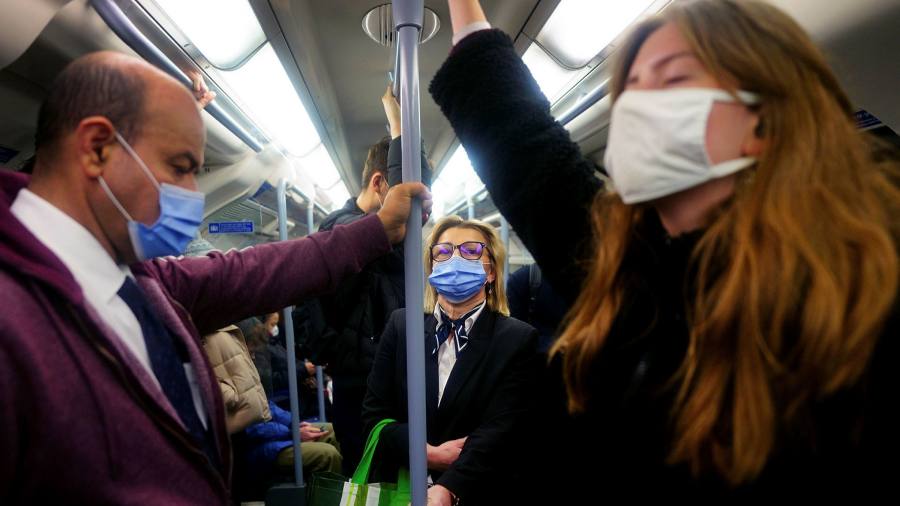 Covid-19 infections jumped by a million in a week across the UK, nearing their highest level recorded during the pandemic in mid-March, according to the Office for National Statistics.

Nearly 4.3mn people were infected with coronavirus in the week ending March 19, up from just below 3.3mn a week earlier.

Scotland is in the grip of its biggest surge to date, with one in 11 Scots infected over the seven-day period. In England and Wales, one in 16 people were infected, according to the ONS estimates released on Friday.

UK-wide infection rates are now just shy of the record-high levels reached in early January when the country was under tighter restrictions as it battled the first Omicron variant surge.

The data come as England prepares to end widescale free testing from the end of the month, which experts have warned will make the pandemic more difficult to track and could quicken the spread of the virus.

Infections are rising in all parts of the UK, apart from Northern Ireland, driven by the highly infectious Omicron BA.2 offshoot.

Sarah Crofts, head of analytical outputs at the ONS infection survey, noted that Northern Ireland was “a few weeks ahead of the rest of the UK” and had recorded a “welcome decrease” in infections.

But she added that infection rates in Scotland had reached “the highest level of any UK country seen in our survey” and in England infection levels among over-50s have also risen to a record high.

“Politicians at the UK and devolved levels have all decided as a practical matter to let the virus spread through the population,” said James Naismith, director of the Rosalind Franklin Institute and professor of structural biology at Oxford University.

“The sheer scale of the infection is now pressuring the health service but the combination of vaccination, improved treatments and the less severe nature of Omicron means for the vast majority of those infected this will not be life threatening,” he added.

However, there are signs that the rate of hospitalizations has slowed in recent days. In England, almost three-fifths of Covid patients are also primarily being treated for another medical issue, having tested positive incidentally upon admission.

Stephen Griffin, a virologist at the University of Leeds and a member of the Independent Sage group of science advisers, said the relaxation of restrictions was partly to blame for the surge.

“Blinding ourselves to this level of harm does not constitute living with a virus infection, quite the opposite,” argued Griffin. “The frustration at the lack of mitigations that could so easily curtail this surge is tangible for many; without sufficient vaccination, ventilation, masking, isolation and testing, we will continue to ‘live with’ disruption, disease and, sadly, death as a result. ”

Professor Oliver Johnson, director of the Institute for Statistical Science at Bristol University, said the virus would soon “run out of people to infect” and better weather and upcoming school Easter holidays would also “slow” transmission.

However, he added: “If you think naively England is going to top out very soon, Scotland shows otherwise. . . the numbers are insanely high and still growing. ”