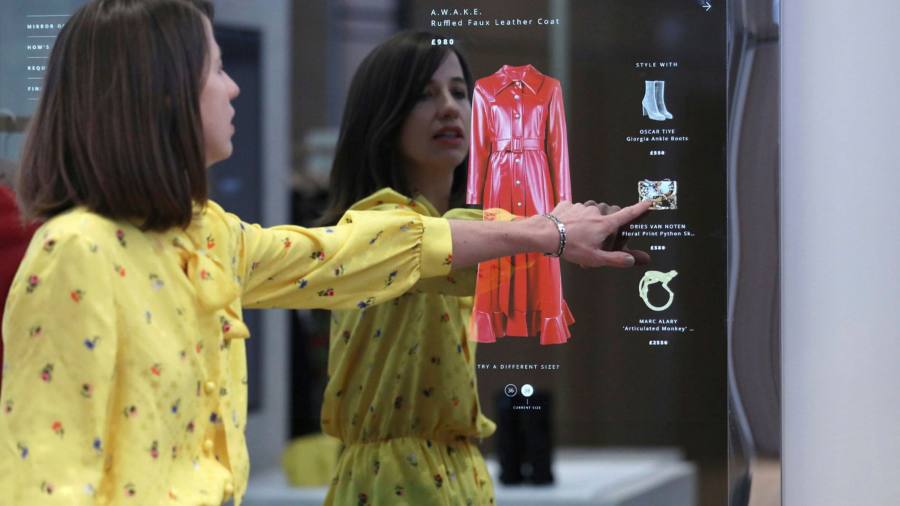 Bankers and exchange officials in the UK are using a vicious recent sell-off in US-listed groups to boost their efforts to promote London listings and convince star companies not to go public overseas.

European private boards and shareholders have been increasingly drawn to the US by the promise of higher valuations and an investor base that has more appreciation of fast-growing but lossmaking companies.

However, data from Dealogic and analysis by the Financial Times show that large European companies, excluding those from Russia, that list in the US have consistently underperformed compared to domestic US listings and peers that remain in Europe, and have been particularly badly hit by the recent stock market downturn.

European companies that raised more than $100mn in the US since the start of 2020 have fallen an average of 47 per cent from their offer price, compared with a 29 per cent decline among domestic US listings and a 19 per cent fall for domestic European deals .

While rising interest rates, the war in Ukraine and recession fears have all but closed IPO markets on both sides of the Atlantic, the data have been seized upon in the UK, where convincing more high-growth companies to go public has become a longer- term priority from the highest levels of government down.

“There has been a narrative over recent years that the US delivered superior valuations on a like-for-like basis, even if the evidence did not support it,” said Charlie Walker, head of equity and fixed income capital markets at the London Stock Exchange. “That view is certainly changing now.”

Observers point to several possible reasons for the underperformance, including a lack of support from passive investors because foreign companies are excluded from big indices such as the S&P 500, and a belief that domestically focused US investors are more likely to sell “non-core” foreign stocks during periods of volatility.

The scale of the US market can also make it harder for companies to stand out and attract attention from investors and analysts. Luxury fashion website Farfetch and Soho House owner Membership Collective Group, for example, would be comfortably large enough to join the UK’s FTSE 250 index but are considered small-cap groups in the US.

“There are scenarios where a US listing makes perfect sense. . .[but]you need something more than a valuation-driven argument alone and want to be confident you will enjoy a successful listing there for the long term,” said Aloke Gupte, co-head of equity capital markets for Emea at JPMorgan Chase.

The downturn in equity markets since the start of the year has drawn particular attention to the underperformance of international listings, but the trend predates this. Of the 43 European companies that raised more than $100mn in the US between 2012 and 2019, only seven — including Ferrari and Covid-19 vaccine maker BioNTech — are still listed and trading above their IPO price.

Still, supporters of London face an uphill battle to reverse years of poor perception about the City’s investor base and attitude.

One executive at a highly valued private British company said: “The conversations we’ve had have always been pushing us US-wards. The UK just doesn’t have the growth investor base to compete with the US, not yet anyway.”

A London-based venture capital executive said they would encourage more portfolio companies to list in the US after the poor reception for high-profile businesses such as Deliveroo, which was condemned as “the worst IPO in London’s history” last year.

Outgoing prime minister Boris Johnson earlier this year joined ministers in personally lobbying Japanese conglomerate SoftBank to list chipmaker Arm in the UK instead of the US, although recent political turmoil in Britain has damaged efforts.

“A lot of the people who want to champion London seem to be more interested in flag-waving,” said one London-based adviser who has worked on several international IPOs. “If the discussion was ‘come to London, you’ll get less volatility and a better valuation and a good platform to build the business’, it would be different, but we don’t help ourselves.”

Endava, a London-based group that provides technology consulting and outsourced software development, has been an exception to the trend of poor performance among most international listings. Despite being hit badly by the general sell-off in technology stocks this year, the company’s shares are still more than 400 per cent higher than their IPO price on the New York Stock Exchange in 2018.

Mark Thurston, Endava chief financial officer, said the listing decision was not driven by valuations, but by a belief that US investors had a better understanding of Endava’s business and would be more supportive of a dual-class share structure that gave more voting power to its founder. British regulators have recently loosened rules over dual-class shares, but many large investment funds in the UK remain skeptical of companies that use them.

“[Endava chief executive John Cotterell] was fearful that if we didn’t control the company through super voting rights we would be snapped up — there’s a long legacy of UK-listed tech businesses disappearing when some global mammoth comes over the horizon,” Thurston said.

Arm was listed in London until it was bought by SoftBank in 2016. It developed among a cluster of tech companies around Cambridge that also included Autonomy, Domino and CSR. By 2017, all four had been taken over or were majority controlled by overseas companies.

The adviser who talked about government “flag-waving” said that “if you want the UK to have global businesses you’ve got to let them go out and be global” instead of strong-arming companies to list in the UK, but the LSE’s Walker said “when a company lists in the US, it is typically the first step in that company becoming American”.

He added: “Headquarters and incorporation can move over time in order to gain inclusion in the US indices and the mind of management then moves with them,” with the UK losing out on long-term tax revenues, employment and intellectual property development.

Thurston said the “gravitational pull” of becoming a domestic US company was real. He said Endava has no short-term plans to change its structure but said it was likely to happen at some point as it continues to grow and moves towards generating a majority of revenues in North America.

“The tech market in the US is just so big, it’s a more interesting place to be in terms of the shareholders you attract, the variety of questions you get, because they have a whole gamut of businesses they can look at,” he added . “We’re typically English — quite low ego and understated about things. . . but we have very large ambitions.”