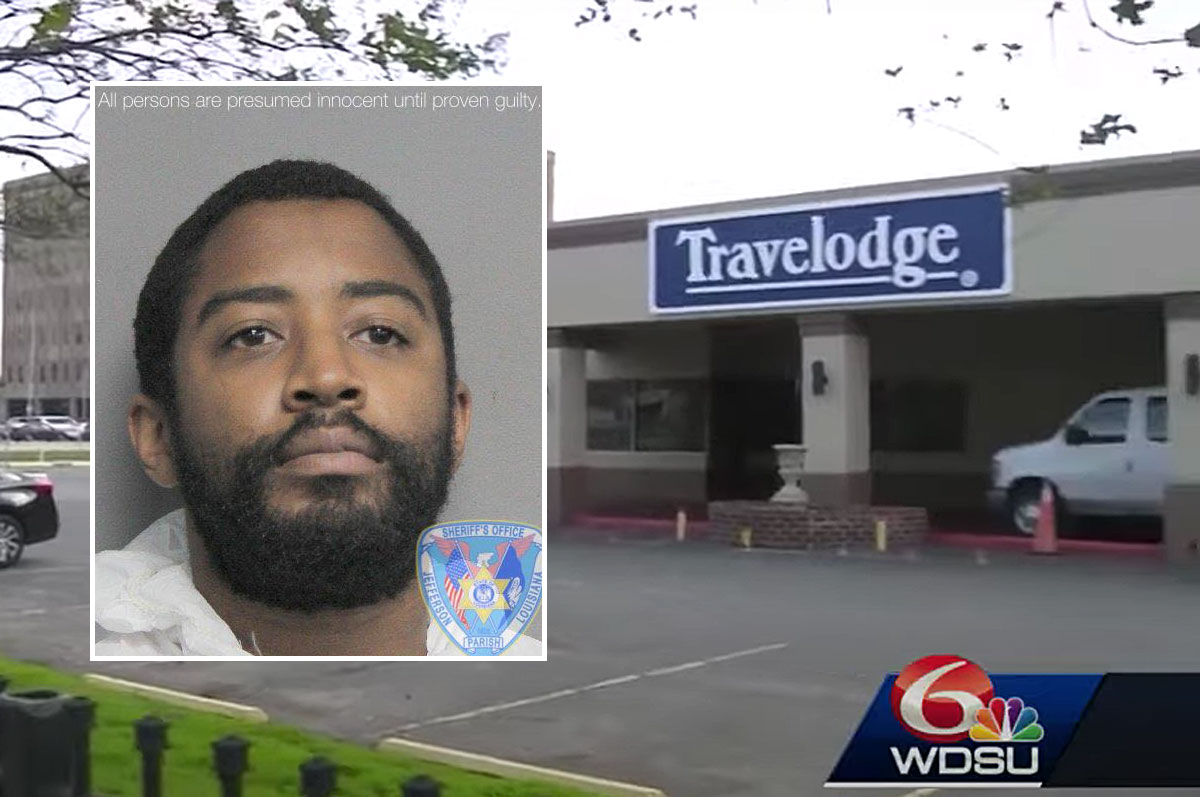 A New Orleans Police Department worker decided to use her free time to make extra money by driving for Uber, but she had no idea this business venture would lead to her untimely death…

Yolanda Dillion was a fiscal analyst for NOPD who took up a second job for the ride service, frequently transporting her passengers all around The Big Easy. Around 3 p.m. on Thursday though, Jefferson Parish Sheriff’s Office responded to reports of a stabbing only to find Yolanda’s car sitting in the parking lot of a hotel. They found the 54-year-old woman in her vehicle, suffering from “multiple stab wounds”. Sadly, only shortly after making it to the hospital, the woman succumbed to her injuries.

Related: Woman Shoots & Kills Carjacker With His Own Gun!

It wasn’t long before officers had a suspect. Law enforcement teamed up with Uber to narrow down who the last passenger Yolanda picked up was, and soon thereafter they were able to identify him as 29-year-old Brandon Jacobs (pictured above). According to JPSO’s investigation, Jacobs had stabbed Dillion “repeatedly”:

“Our investigation has shown that the victim was an Uber driver providing a ride to Jacobs from a location in New Orleans to the hotel. When the ride ended, Jacobs stabbed her repeatedly before leaving the vehicle. Jacobs was later apprehended at the hotel.”

When interviewing him, the suspect told police his reasoning for killing the woman was pretty much just because he felt like it:

“After his arrest, Jacobs was interviewed by our investigators. He admitted to stabbing the victim at the end of the ride. He told detectives that he selected the victim at random because he wanted to kill someone.”

You can read the full release (below):

Even more disturbing, Jacobs seemed to blame the app for the heartless murder, according to what Sheriff Joseph Lopinto shared with Associated Press:

“He stated that he woke up yesterday morning and decided he was going to kill someone. We asked him specifically, ‘How did you pick her?’ His response was, ‘I didn’t pick her, Uber picked her.’”

The sheriff also revealed the horrific crime was filmed and posted to Facebook before it was eventually taken down after JPSO worked with the platform.

New Orleans Police Superintendent Shaun Ferguson told CNN on Friday the entire department is taking the 54-year-old’s death “pretty hard”. A spokesperson for Uber also spoke with the outlet and said they were “extremely disturbed by this senseless attack”:

“Our thoughts are with Yolanda’s family, and we are reaching out to them to offer condolences and support. We are actively working with the police on their investigation.”

Such a heartbreaking and senseless murder. May Yolanda rest in peace and get the justice she deserves.


Are Electric Snow Melting Mats Worth It?