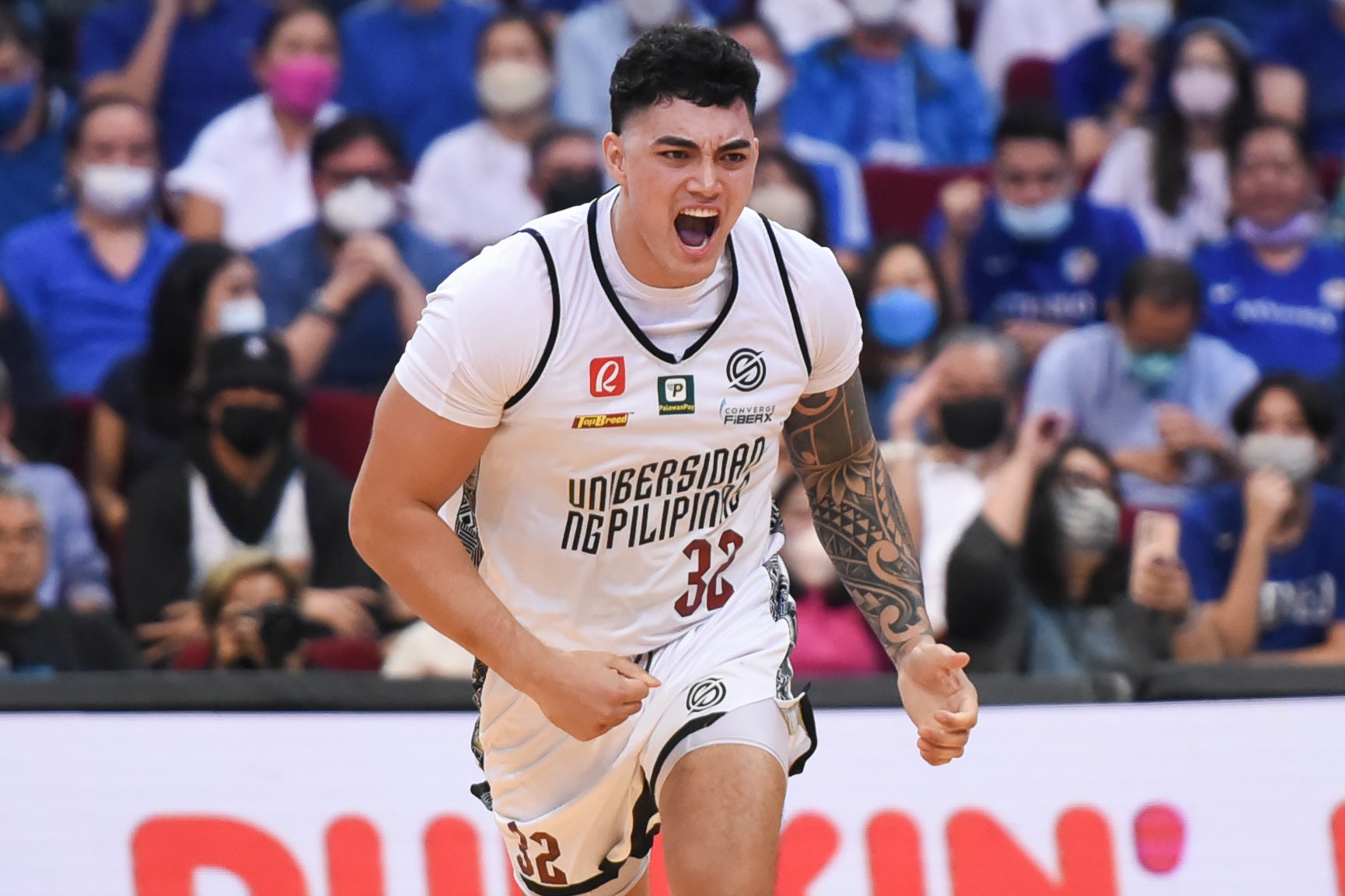 MANILA – For the University of the Philippines coaches, Henry Galinato’s crucial miss late in the Fighting Maroons’ Game 2 loss in the UAAP Season 85 men’s basketball Finals is simply part of the game.

When the Fighting Maroons were down by 15 midway through the fourth quarter, Carl Tamayo sparked a run capped by Terrence Fortea’s triple to cut the deficit to just nine, 63-54, with 4:46 left.

Galinato was found open underneath, but he missed a point-blank dunk attempt that could have trimmed the lead down to seven. The crucial botched shot seemed to have stopped the momentum of UP, which only scored a point in the remainder of the game allowing Ateneo to live another day.

UP assistant coach Christian Luanzon insisted Galinato’s miss didn’t cause the 65-55 setback to the Blue Eagles.

“I don’t think so. Even if that had happened on the last shot, you know, there are so many things in a basketball game that builds up to the result and I think it’s unfair to any player to point to just one moment in a game,” said Luanzon. “Obviously, if he made that, that would’ve been big. I think it would’ve cut the lead down to seven, momentum slowly building on our side.”

Luanzon added their slow start in the first half was one of the biggest factors why their second straight championship party was spoiled by the Blue Eagles as well as their poor shooting, 21-of-66 from the field.

“Obviously in Game 1, we were on the other end. While Ateneo was catching up. Coaches always say that no one wins in the first half but the first half always has a big impact on how the result of the game will be and how the second half would turn out. So far, it’s been a first half series. So that’s key for both teams,” he said.

Galinato, who scored two points and grabbed three rebounds in 10 minutes of playing time, was frustrated leaving the Big Dome.

LOOK: Zavier Lucero hurt his left knee. He was carried off the court with 8:31 remaining. | @LanceAgcaoilINQ pic.twitter.com/UjDIgFwUsG

UP coach Goldwin Monteverde said he understands his big man, who was also emotional after his close friend Zavier Lucero suffered a left knee injury and underwent an MRI on Thursday.

(When you lose in this kind of situation, it’s not easy to accept. And Henry is very close to Zavier. He is worried about his friend. We can’t expect this to be easy on him.)

Monteverde wants Galinato and the Fighting Maroons to move on and focus on their final chance to win a second straight title in 2022 in Game 3 on Monday.


Giving Your Pets A Digital Squeak