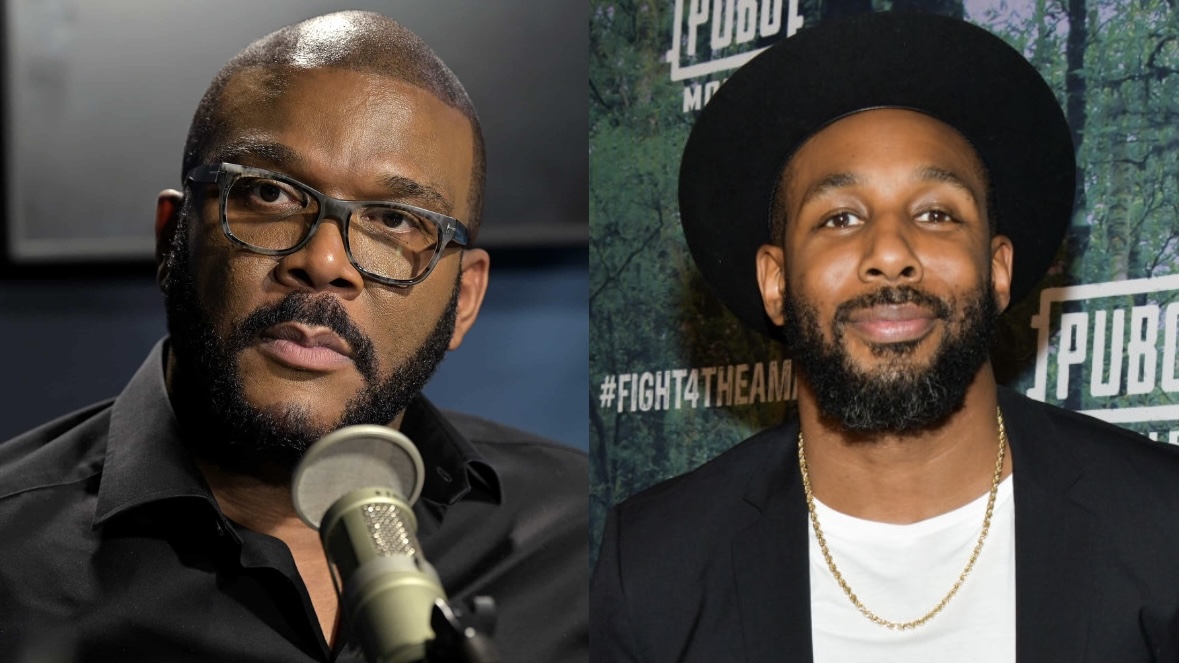 Media mogul Tyler Perry is one of the many celebrities to share their reaction to the tragic passing of Stephen ‘tWitch’ Boss. On Wednesday, the 53-year-old mogul took to Instagram to not only reflect on Boss’s life. But to also share his own past struggles with mental health.

Hey everybody. I, like the rest of the world, am shocked by the death of Stephen Boss — tWitch. And it prompted me to come on, to talk to any of you who are going through hard times, struggling — I only met him a couple times and he was always full of life and seemed like such a light…

Perry goes on to say that Boss’s passing prompted him to reflect on a time in his life when he “tried to commit suicide.”

“A couple of times,” Perry added.

Because it was so dark. I didn’t think it would get any better. I had endured so much pain, so much abuse — sexual abuse. It was all so hard to just move through, that I thought the only way to make this better, to make this pain go away, is to end my life. Had any of those attempts happened, I would’ve missed the best part of my life.

Perry went on to advise those suffering from similar debilitating thoughts to reach out to someone for help.

What I realize now, looking back on all of those dark times, is that sometimes, the pain is a buy-in. I know that’s hard to understand — not all the time, sometimes, the pain is a buy-in. That’s the only way I had to learn to look at it to get through it. What I mean by that is — all of that pain, all of that hell, all of that struggle — if I had given up, if I had stopped, I wouldn’t have seen the better part of my life. So I was buying into something. I was paying for something.

Perry went on to explain that his thought process may not make sense to a lot of people. But that is how he had to rationalize his circumstances in order to move past them.

My life now I’m the happiest I’ve ever been. Life is full of joy, love. Things I never thought I’d get to. And I’m saying this to you, if you are a person who is considering suicide, ending your life and you’ve already been through a lot of hell, please, please, please think about what the other side could be. It could be amazing. And you would miss the best part of it going through the darkness. Don’t let the darkness stop you from getting to this incredible place of light.

Perry ended his message by saying that he is “so glad” his attempts at suicide failed. He then shared the number for the National Suicide Prevention Lifeline.

Perry’s Life Lessons & How He Can Pass Them On

Perry’s life lessons are definitely worth taking heed of. And now he has a new member of his family to pass them on to. According to PEOPLE, Perry is the godfather to Prince Harry and Meghan Markle’s daughter Lilibet Diana.

On the Netflix docu-series Harry & Meghan, Perry described the moment that the parents approached him with the offer.

Tyler Perry offered Prince Harry and Meghan his home and his security for “several months” when they moved to the US. He had never met them before. He is now the godfather to their daughter, Lilibet: “I had to take a minute to take that in. I thought, ‘I’d be absolutely honored'” pic.twitter.com/xdWC9HXzgZ

Roommates, what do you think about Perry’s transparency? And do you think he’ll make an amazing godfather to Lilibet?