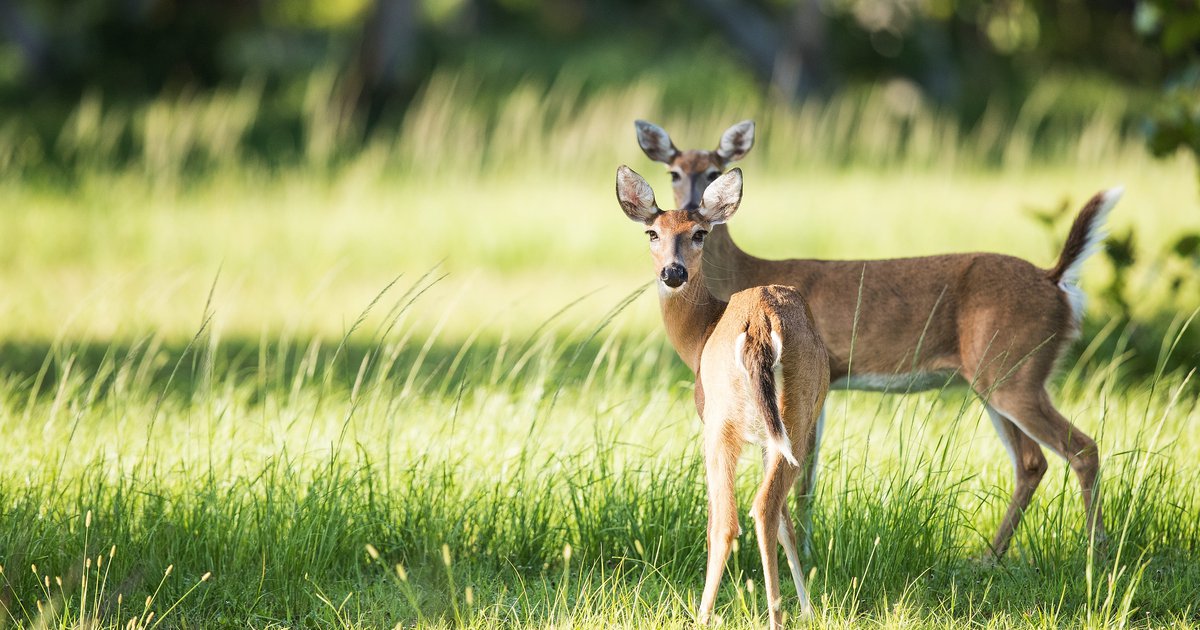 Two free-ranging deer in Atlantic and Cumberland counties have tested positive for COVID-19, making New Jersey the seventh state in the country where the animals have been confirmed to have the virus.

The New Jersey Division of Fish and Wildlife announced the findings last week after a cooperative surveillance program with the US Department of Agriculture’s Wildlife Services tested nearly 400 deer from across the state.

The agency said that there’s no reason to believe people who prepare or eat deer meat can get COVID-19 from a carcass, and there’s also no evidence that the deer population will suffer.

It’s also not recommending that hunters have their deer carcasses tested at this time.

Back in November, researchers from Pennsylvania State University found that a third of the deer tested between March 2020 and January 2021 were found to have COVID-19 antibodies, indicating that they had been infected at some point.

The announcement came after the Pennsylvania Game Commission said in August that the state’s hunters should take “routine precautions” due to the connection between deer and COVID-19.

But the situation was even worse in Iowa, where the Penn State study found that more than 80% of whitetail deer had the antibodies.

Scientists believe that deer most likely contracted the virus from humans, due to the fact that they thrive in leafy suburban locales across the Northeast and Midwest and often times come into close contact with people.

Although it’s easy for the deer to transmit the virus to each other through nasal secretions, it’s very uncommon for them to develop symptoms.

While there is no evidence that deer can transmit the virus to humans at this point, scientists worry that could happen down the road.

There is a population of roughly 30 million deer in the United States, and the virus could easily continue to circulate among them. This raises a serious concern that the virus could mutate and eventually be passed on to humans as a new deadly or more transmissible variant.

Studies have confirmed documented cases that clearly show animals are able to transmit the virus to humans. In 2020, workers on several Dutch mink farms contracted COVID-19 from minks, which forced a mass culling of all infected animals.

The US Centers for Disease Control and Prevention has some tips for hunters and other people who might come in close contact with deer.

The agency recommends that domestic animals, including pets and hunting dogs, not be allowed to make contact with wildlife. It’s also unwise to harvest animals that appear sick or were found dead. It’s also important to keep meat as clean and cool as possible after harvesting.

Safety practices like not eating, drinking or smoking while handling a carcass, as well as wearing a mask and gloves, are also a good idea.

Hunters should avoid cutting through the backbone and spinal tissue of the animals they catch and should not consume brains.

When people are finished with handling game, they should avoid touching their nose, eyes or mouth until they wash their hands thoroughly with soap and water. Knives or other equipment should also be sanitized.

All game should be cooked to a temperature of 165 degrees or higher.

New Jersey, Pennsylvania and Iowa are just three of the seven states that have found COVID-19 in their deer populations. The others are New York, Illinois, Michigan and Ohio.

This is also far from the first time the virus has been detected in animal populations. In the wild, it’s been found in mink and leopards and animals such as big cats, gorillas, and otters have tested positive in captive settings.