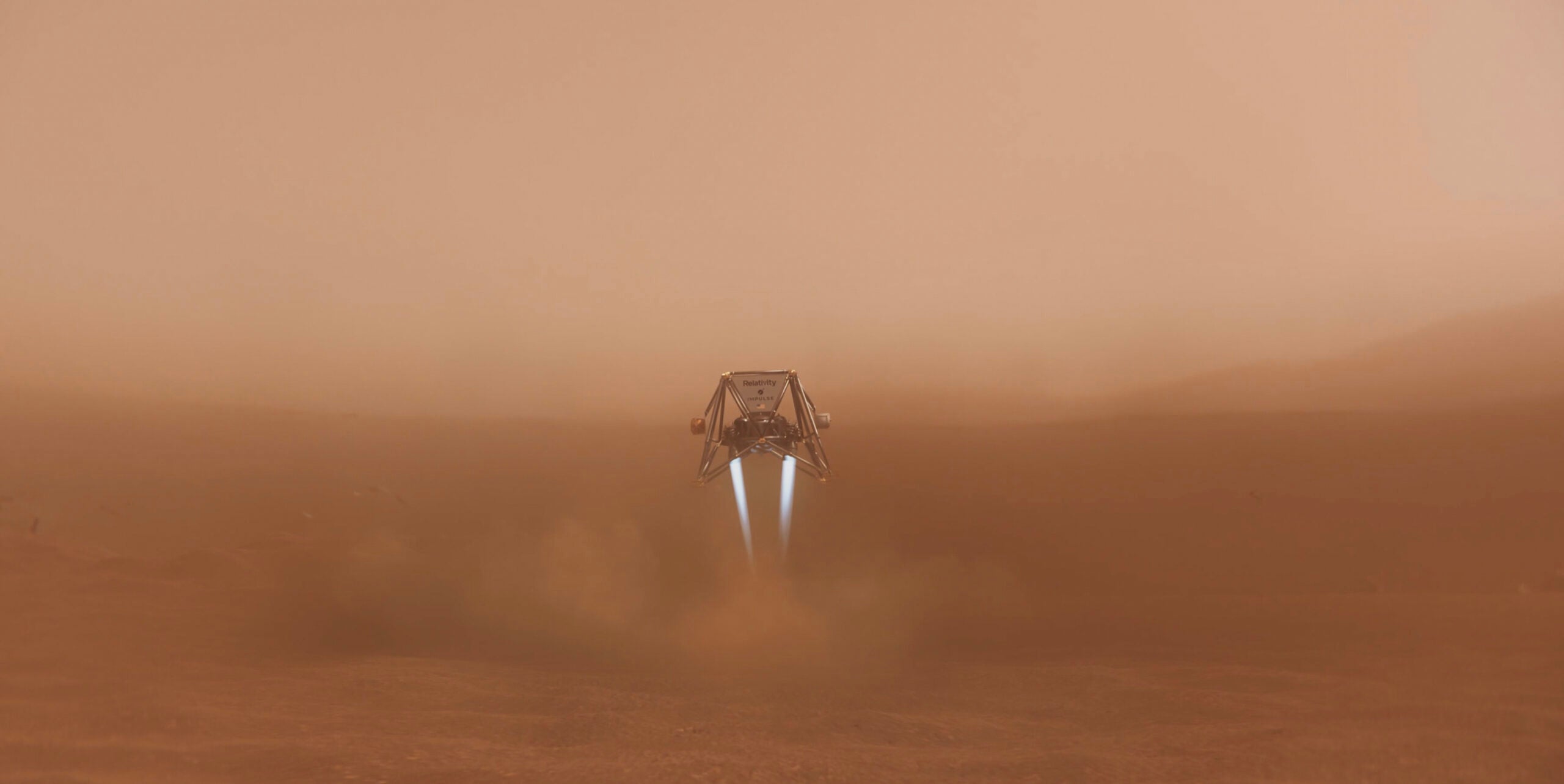 SpaceX could lose the race to send the first private space mission to Mars. Maybe.

For years, Elon Musk, the founder and CEO of SpaceX, has talked about making humanity an interplanetary species by someday sending colonists to Mars. The company is building a giant spacecraft, Starship, with that goal in mind.

But a newer rocket company, Relativity Space, and a small startup founded by an engineer who used to head rocket engine development at SpaceX, on Tuesday announced plans to send a privately developed robotic lander to Mars. Optimistically — very optimistically — the two companies say they could do it as soon as 2 1/2 years from now, when the positions of Earth and Mars line up again.

Timothy Ellis, the CEO and a founder of Relativity, said the way that SpaceX aspired to do things “at the edge of crazy and ambitious and audacious” was an inspiration.

“Those kinds of goals attract the best people to work on them,” Ellis said. “We are more audacious than some of the other companies.”

If a commercial Mars mission succeeds, it could open a new market in which institutions, companies and national space agencies could send payloads to the red planet at an economic cost.

That would be similar to how several companies hope to make money by sending payloads to the moon for paying customers including NASA, starting as soon as later this year. But it would be on a more difficult and distant scale. A NASA mission to Mars costs at least half a billion dollars, although that includes sophisticated instruments.

Ellis declined to say how much the mission would cost, but said investment money raised by Relativity, as well as revenue from contracts it has to launch commercial satellites, could be enough to pay for the Mars mission. Relativity has, for example, a deal with the company OneWeb to take broadband satellites into orbit.

“I think there’s a real chance we can do it with what we currently have,” Ellis said.

But there are many reasons for skepticism.

A decade ago, for example, several space companies promised riches from asteroid mining, but they went out of business without ever getting close to an asteroid. Even Musk routinely gives overly optimistic predictions for SpaceX’s next milestone. (In 2016, he said Starship, which at the time was called the Interplanetary Transport System and was an even larger design, would make its first uncrewed flight to Mars by 2022.)

For now, Ellis lacks Musk’s record of eventually achieving most of his big promises.

Relativity has yet to launch any rockets. The first flight of its Terran 1 rocket might occur within a few weeks from Cape Canaveral in Florida. But the Mars mission relies on a much larger rocket, Terran R, which is comparable in size and lifting capability to a Falcon 9, the primary SpaceX rocket that has flown 31 times so far this year. That design is not scheduled to get off the ground until late 2024 or early 2025, Ellis said.

Relativity’s collaborator, Impulse Space, is an even younger company with even less of a track record. But its founder, Thomas Mueller, is a veteran of the space business and was Employee No. 1 when Musk started SpaceX in 2002. Mueller led the development of the Merlin rocket engines that power the Falcon 9 rockets.

Mueller retired from SpaceX in 2020. A year later, he started Impulse to develop spacecraft for transportation between locations in space.

Landing on Mars — arriving at some 12,000 mph, not burning up in the atmosphere and then coming to a stop on the ground, in one piece, just seven minutes later — falls in the category of challenging. Only NASA and China have had successful missions on the red planet’s surface.

Once launched into space, Impulse’s spacecraft would detach from the rocket’s upper stage and head on a nine-month journey to Mars.

The spacecraft would consist of a cruise stage to handle propulsion and communications during the journey to Mars and a capsule containing a lander. Near Mars, the capsule would separate from the cruise stage and enter the atmosphere for a landing similar to InSight, a NASA spacecraft that set down on Mars in 2018 to measure seismic activity there.

Mueller said the size and shape of the capsule would be the same as that used for the InSight mission. “It’s like using the same type of heat shield materials, exact same parachute design,” he said. “So we’re just using what NASA has already analyzed a lot and proven on every mission of this size that has gone to Mars successfully.”

The lander would be about the size of InSight but lighter, Mueller said. The basic configuration would not even include solar panels and would not operate for long, only until its batteries were exhausted.

Mueller said Impulse started talking with the NASA Jet Propulsion Laboratory in California, which manages the InSight mission, this year.

However, a spokesperson for the Jet Propulsion Laboratory said there had not been much work between the laboratory and Impulse yet. “It seems we have had some preliminary discussions with Impulse about this,” Andrew Good, the spokesperson, said. “But while they have been seeking to meet with us this year, that meeting has not yet occurred.”

The director of NASA’s Mars exploration program, Eric Ianson, said through a spokesperson at the agency’s headquarters that NASA had not had any direct communications with Impulse and that it did not have insight into the specifics of what the company was looking to do.

Relativity is not the only private space company to announce planetary exploration missions.

In 2020, Rocket Lab said it was planning to send a small craft in 2023 that would fly by Venus and drop a probe to see whether there might be signs of life in the thick atmosphere. It also has a modest NASA contract to launch two small orbiters to Mars as early as 2024. But Rocket Lab already has 25 successful launches of its small Electron rocket, and last month it sent CAPSTONE, another small NASA-financed mission, towards the moon . (It is to arrive there in November.)

A few years ago SpaceX also had modest Martian plans, which it later abandoned.

In 2016, the company announced that a version of its Crew Dragon astronaut capsule — without any human passengers aboard — was to travel to the surface of Mars as soon as 2018. In 2017, SpaceX canceled these plans, called Red Dragon, after it changed the capsule design to splash down in the ocean instead of using rocket engines to set down on land. (Water landings do not work on Mars, where there is no flowing water.)