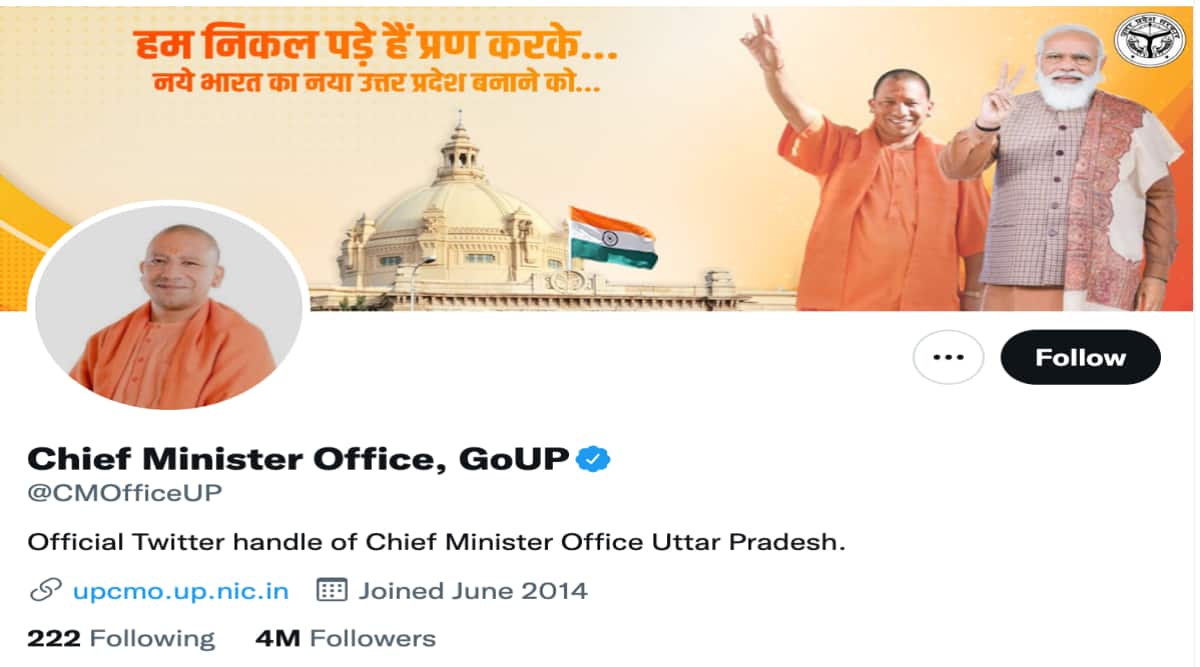 The official Twitter handle of the Uttar Pradesh Chief Minister’s Office was hacked late Friday night, a senior officer said. He said the hackers sent out 400-500 tweets from the account.

“The account was hacked for around 29 minutes in the night. The hackers posted around 400-500 tweets, and the account was suspended on grounds of unnatural activity. Efforts are on to restore it, ”the official told PTI on Saturday.

In screenshots of the hacked account seen on various news websites, the profile picture of the handle had been replaced with a cartoon.