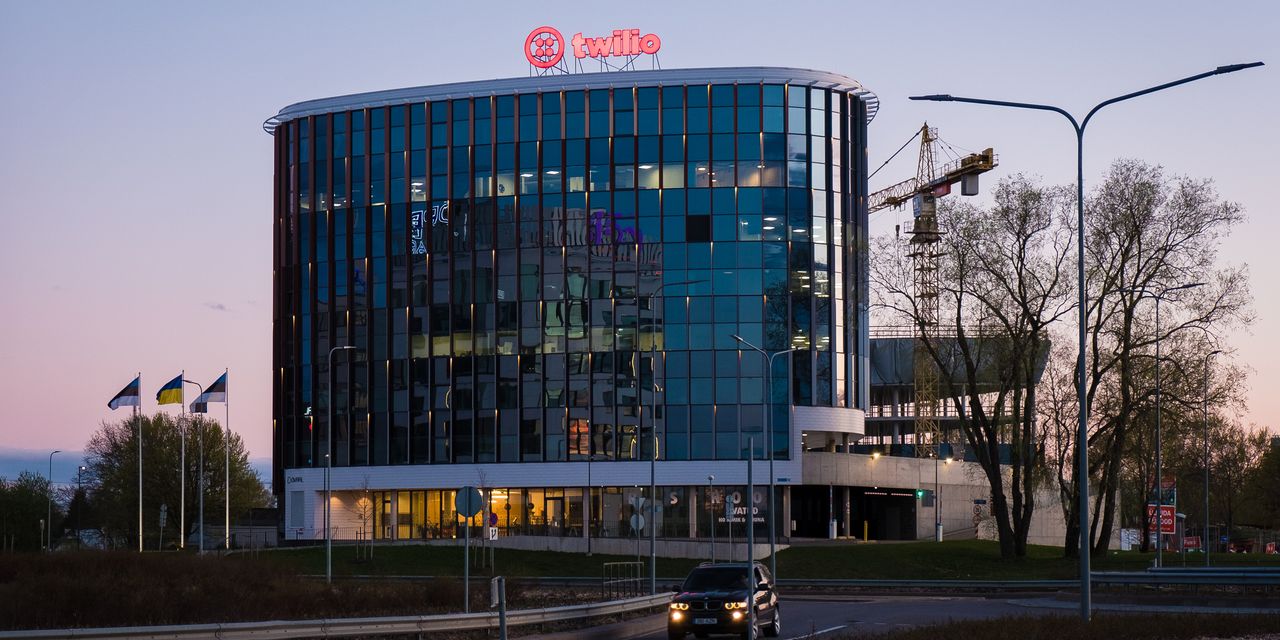 reported better-than-expected earnings, but the company forecast less revenue than expected for its September quarter, sending the stock lower.

For the second quarter, the software company reported an adjusted loss of 11 cents a share, while according to FactSet, the consensus call on Wall Street was for a loss of 19 cents. Revenue came in at $943 million, which was above analysts’ expectations of $922 million.

At the same time, though,

) predicted that sales this quarter will fall in a range whose midpoint is $970 million, less than the $979 million analysts expected.

On Friday, Stifel analyst J. Parker Lane lowered the firm’s rating on Twilio to Hold from Buy, reducing its target for the stock price to $90 from $200. “We believe the near-term picture for TWLO appears less clear, and investor skepticism around the mid/long-term margin framework is likely to weigh on shares until the company delivers consistent, material improvement,” the analyst wrote.

Lane noted that Twilio said it was taking longer for the company to close some deals and that it has started to slow down hiring in certain divisions within the company.

Twilio shares were down 18% to $80.54 in early trading Friday. The stock has fallen nearly 70% this year, while the

index has declined about 20%.

Write to Tae Kim at tae.kim@barrons.com