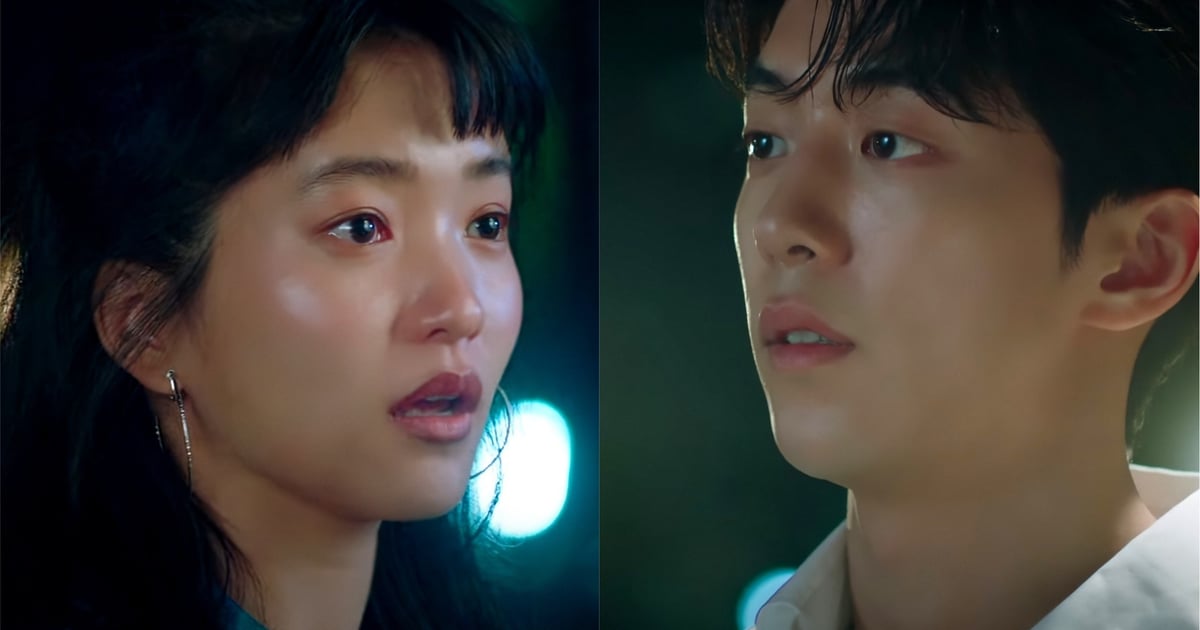 The finale of “Twenty-Five Twenty-One” is nearly here, and fans are still wondering whether Na Hee-Do (Kim Tae-Ri) and Baek Yi-Jin (Nam Joo-Hyuk) will end up together. The series, which primarily takes place between the years 1998 to 2001, focuses on the couple’s relationship as they go from friends to lovers. However, since their love story takes place in the past and we learn about it from Hee-Do’s present-day daughter, Kim Min-Chae (who obviously has a different family name than Yi-Jin), fans can not be sure how things will ultimately play out.

There are a couple of theories to help explain how Yi-Jin could still be Min-Chae’s father (and Hee-Do’s husband), but just when fans were starting to believe Hee-Do and Yi-Jin were definitely endgame, episode 14 of “Twenty-Five Twenty-One” threw a curveball. During the episode, Min-Chae searches Hee-Do and Yi-Jin’s names online and finds a YouTube clip from 2009 that features Yi-Jin interviewing Hee-Do after winning a fencing match in San Francisco. The two talk as if they have not seen each other in a long time before the series brings us back to the past with no explanation. Thankfully, we revisit the interview again during the last few minutes of the episode, but it ends with Yi-Jin congratulating Hee-Do on her recent wedding, leading fans to believe she marries someone else.

Despite this major plot twist, there are a few clues that hint that Yi-Jin is actually Hee-Do’s husband, but the couple choose to keep their marriage a secret from the public. Let’s break down the theory.

Although Hee-Do and Yi-Jin get together in the past, we’re made to believe the two eventually grow distant. This could be due to long distance, considering Yi-Jin appears to stay in Korea as a reporter, while Hee-Do travels around the world competing in fencing competitions.

There’s also the possibility the two part ways because of their professions conflicting with one another. At several points in the series, they’re told not to get too close to one another because, as a sports journalist, Yi-Jin should keep a distance from his subjects in order to report on news through an unbiased lens. For example, in episode 14, he’s forced to report on his friend Yoo-Rim going to Russia to fence for them, which causes the nation to turn on her. Reporting the news draws a wedge between him and Hee-Do and causes him severe emotional distress.

So while Yi-Jin risks it all to be with Hee-Do in the year 2000, their body language during their 2009 interview leads viewers to think these challenges come between them and their relationship does not work out.

We do not find out the identity of Hee-Do’s husband during her interview with Yi-Jin, and while it could totally be public knowledge due to Hee-Do being a famous fencer, there’s also a chance that his identity is kept private. Why? Maybe because Yi-Jin is Hee-Do’s husband and the couple want to be together without being wrapped up in controversy, which is why it’s possible they’ve chosen to keep their relationship a secret.

One reason fans believe this may be the case is because of the words of affirmation Yi-Jin and Hee-Do express to one another during the interview that feel more personal than professional. “Ever since the beginning, I give you my unwavering support to root for you, Ms. Na Hee-Do,” Yi-Jin says. “Same here,” Hee-Do responds. “Wherever I am, I will give you my unwavering support, Mr. Baek.” They stare at one another deeply as Hee-Do’s voicemail message to Yi-Jin from episode five rings out, “Wherever you are, I’ll make sure my support reaches you. I’ll take care of everything. See you then.” While some may interpret the conversation and body language as cold and distant, others believe their furtive glances and seemingly longing stares hint at a secret couple who miss one another.

There’s one big additional piece of “evidence” to support the theory that Yi-Jin and Hee-Do have a secret ongoing relationship. Fans on Twitter pointed out that if you raise the volume during Yi-Jin and Hee-Do’s interview, you can seemingly hear a child’s voice in the background saying “appa,” which is the Korean word for dad. If the voice belongs to a younger Min-Chae, she could have been beside Hee-Do at the fencing match and addressed Yi-Jin as “appa” after seeing him on TV. Alternatively, Min-Chae could be in the news studio with Yi-Jin.

Who Else Could Be Hee-Do’s Husband on “Twenty-Five Twenty-One”?

There’s one other character we’ve seen who could be Min-Chae’s father. In the 13th episode, Yi-Jin gets jealous after he sees Hee-Do talking to a male fencer. She calls him Jun-Ho, and what’s interesting is that he’s played by a real-life Olympic fencer named Kim Jun-Ho. Considering the athlete is portraying himself on the show, his character’s last name could also be Kim. This means he could totally be Hee-Do’s husband and Min-Chae’s father. (Kim is pictured below furthest to the right.)

We can not wait to finally get some answers when the last two episodes of “Twenty-Five Twenty-One” premiere on Saturday, April 2, and Sunday, April 3.