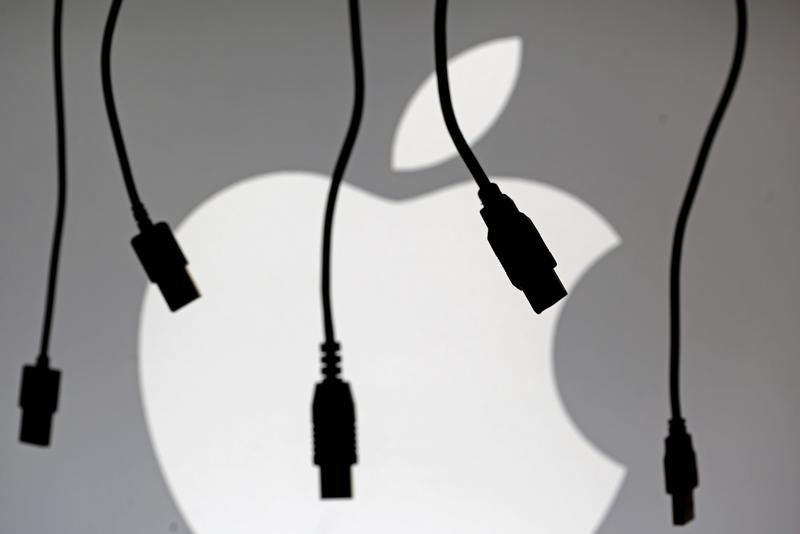 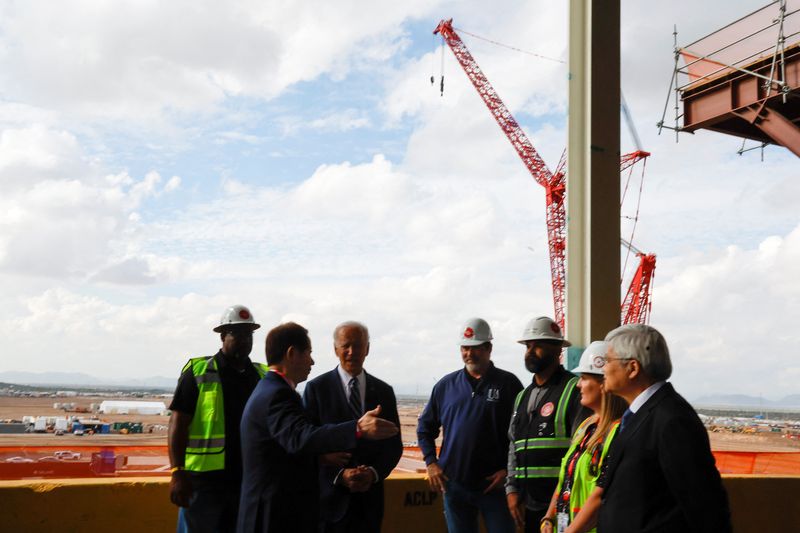 PHOENIX/WASHINGTON (Reuters) -Taiwan chipmaker TSMC plans to build a second chip plant in Arizona and more than triple its initial investment to $40 billion, estimating on Tuesday annual revenue of $10 billion from the plants when they are up and running.

The foreign investment by Taiwan Semiconductor Manufacturing Co, the world’s biggest chip contract manufacturer, is one of the largest in U.S. history.

The first chip fabrication facility, or fab, will be operational by 2024 while the second facility nearby will make the most advanced chips currently in production, called “3 nanometer,” by 2026.

U.S. President Joe Biden and others, including the CEOs of major TSMC customers, attended an opening ceremony for the new $12 billion facility in an arid and barren part of northern Phoenix.

“When completed with both fabs, we will manufacture over 600,000 wafers a year, representing $10 billion in yearly revenue,” said TSMC Chairman Mark Liu, adding that customers using those chips would have annual sales of over $40 billion. A wafer is the shiny disc that chips are made on.

Liu said the two plants will create 13,000 high-paying tech jobs, including 4,500 under TSMC and the rest filled by suppliers.

Apple Inc (NASDAQ:), Nvidia (NASDAQ:) Corp, and Advanced Micro Devices (NASDAQ:) Inc, all major TSMC customers, said they expected their chips to be made in the new Arizona plants.

“We work with TSMC to manufacture the chips that help power our products all over the world. And we look forward to expanding this work in the years to come as TSMC forms new and deeper roots in America,” said Apple CEO Tim Cook.

“AMD expects to be a big customer, of both fabs and we’re committed to working closely with TSMC and the entire ecosystem,” said AMD CEO Lisa Su.

At least a dozen major cranes are still set up around the first factory which is dubbed Fab 21.

Against the background of the new factory draped with an American flag and a banner reading “A Future Made in America Phoenix, AZ,” top executives led by TSMC founder Morris Chang, 91, toasted the factory opening with sparkling wine.

Nearly 600 engineers hired in Arizona have been sent to Taiwan for training, Chang said. “This is a very good sign that my dream of 25 years ago will now be fulfilled,” he said of his wish to build fabs in the United States.

The Way of Water first reactions come flooding in