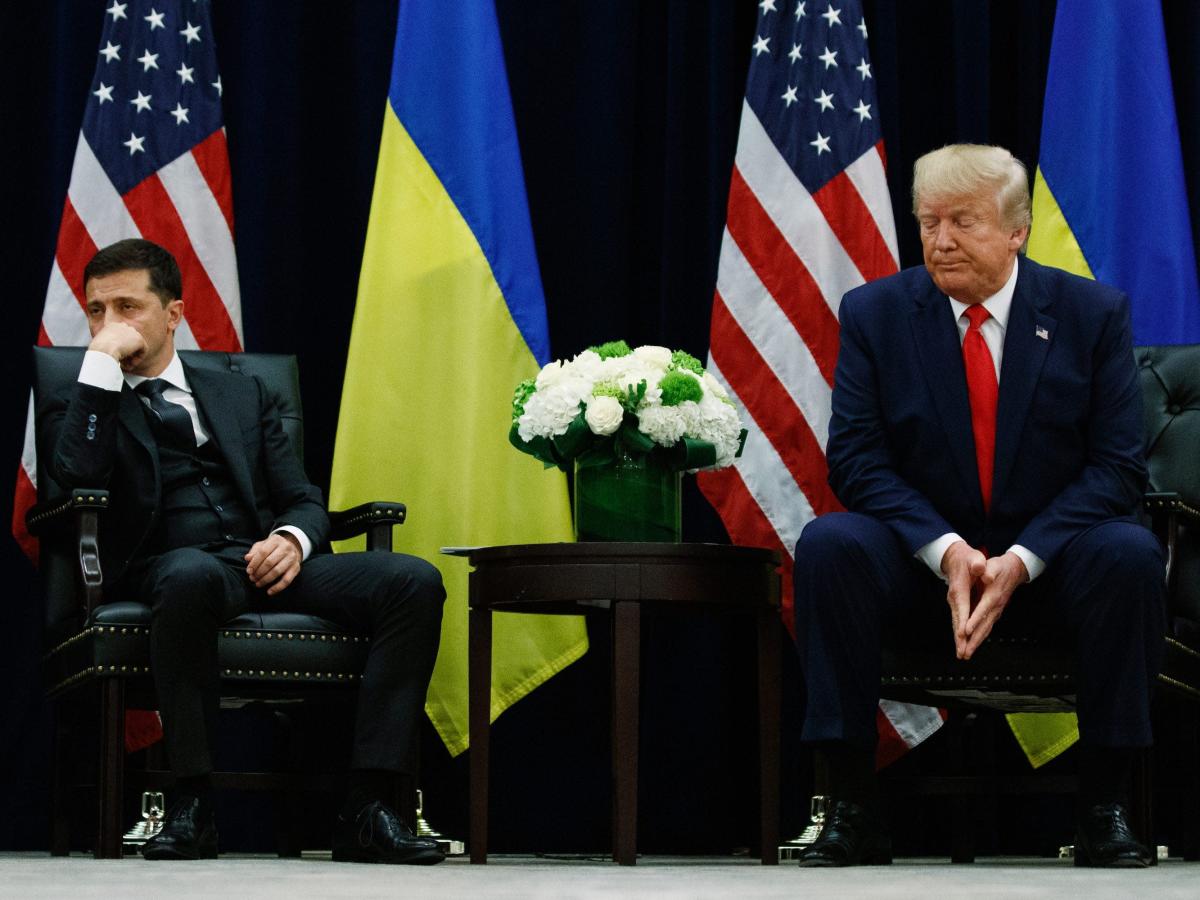 Former US President Donald Trump, who was impeached for withholding nearly $ 400 million in military aid from Ukraine, said the country’s current crisis “would never have happened” if he were still in office.

Russian President Vladimir Putin launched a full-scale invasion of Ukraine early Thursday, with Russian troops swarming into the country from its northern, eastern, and southern borders. Ukrainian President Volodymyr Zelensky said in a Thursday evening address that 137 Ukrainians have died and 306 have been wounded as a result of the invasion.

Trump released a statement amid the crisis, saying, “If I were in Office, this deadly Ukraine situation would never have happened!”

The statement came after Trump earlier this week praised Putin’s justification for invading Ukraine as “genius” and “savvy.”

“I went in yesterday, and there was a television screen, and I said, ‘This is genius.’ Putin declares a big portion of Ukraine – of Ukraine – Putin declares it as independent. Oh, that’s wonderful, “Trump said when asked about the news. “I said, ‘How smart is that?’ And he’s going to go in and be a peacekeeper. “

His comments stood in contrast to those of US officials, who warned that Putin’s recognition of two Kremlin-backed separatist regions in Ukraine was part of an effort to create a false pretext and invade the country.

Trump was impeached in 2019 on charges of abuse of power and obstruction of Congress. The articles of impeachment were related, in part, to Trump’s efforts to strongarm Ukrainian President Volodymyr Zelensky into launching politically motivated investigations against the Bidens ahead of the 2020 election, and withholding vital military aid while doing so.

The hold on security assistance was lifted after Politico reported on Trump’s actions and House Democrats launched an investigation into the matter.

In 2018, Trump again shocked American allies by eschewing years of US foreign policy and telling G7 leaders that the territory of Crimea is part of Russia. His remarks were especially jarring to the leaders of other member states given that it was Russia’s decision to annex Crimea in 2014 that led to its expulsion from the G8.

But Trump told reporters before that year’s G7 summit that he believed Russia should be admitted back into the alliance, and he also reportedly wondered aloud at the summit why world leaders sided with Ukraine over Russia.

Earlier this week, Trump blamed the crisis unfolding in Ukraine on the “rigged” 2020 election.