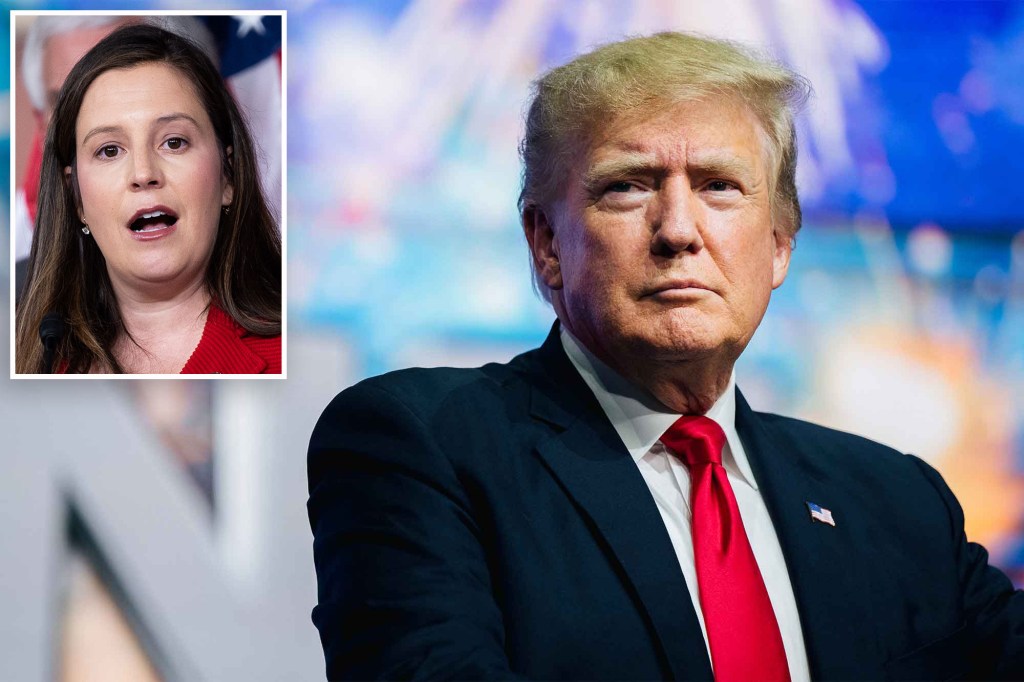 Former President Donald Trump garnered praise for the rep. Elise Stefanik during a fundraiser in Florida Tuesday night and said the House GOP Conference chief could be commander-in-chief in 2028.

Trump helped raise $ 3.2 million for the New York Republican, his Political Action Committee and other GOP candidates on Capitol Hill with the event at his Mar-a-Lago resort in Palm Beach.

“I would like to congratulate Elise on her success. Man, she’s moving fast. It means at this rate that she will be president in about 6 years, ”Trump said of the 37-year-old president of the House Republican Conference.

“She’s always been a friend, and people would say she’s upward mobile. She’s going to Washington as a young beautiful woman who took over, and suddenly she’s a rocket ship, she’s the boss. She’s been a great boss , a strong boss. “

The former president, 75, continued to hint at throwing his hat in the ring for another term in the White House, while attendees shouted “four more years” and “2024.”

After Trump and Stefanik spoke to about 200 fundraiser participants who paid $ 1,000 per. head, they held a round table in the resort’s “white and gold room” with about 30 high rollers, each paying up to $ 25,000 per. ticket.

Stefanik thanked Gerry Kassar, chairman of the NYS Conservative Party, noting that she and the former president both enjoyed early support from the Conservative Party in their first primary election, said Kassar, who was present.

“Elise called me and said I would like you there, you are the chairman of the party,” Kassar told The Post about his first visit to the Trump resort.

“It really was a New York audience,” Kassar continued. “(Trump) may be down in Florida, but he’s a New Yorker. He talked about the problems because of the economy. It was a great time, my wife and I were having a great time. I was happy to see him and interact. , the audience was close. “