“Quiet but decisive radicality.” Kino Lorber has revealed an official trailer for Framing Agnes, an award-winning documentary that first premiered at the 2022 Sundance Film Festival earlier this year. The doc film focuses on transgender individuals throughout history – performers, artists, and thinkers. Framing Agnes turns the talk show format inside out in response to media’s ongoing fascination with trans people. The film breathes life into six previously unknown stories from the archives inside of the UCLA Gender Clinic. “This collective reclamation breaks down the myth of isolation among transgender history-makers, breathing new life into a lineage of collaborators and conspirators who have been forgotten for far too long.” The name in the title refers to a transgender woman who used the fake name Agnes during a study at UCLA in the 1960s in order to get gender-affirming healthcare. After Sundance, it played at many other fests this year including BFI Flare, Outfest LA, Seattle, Vancouver, Queer Lisboa & the Montclair Film Festival. Have a look below. 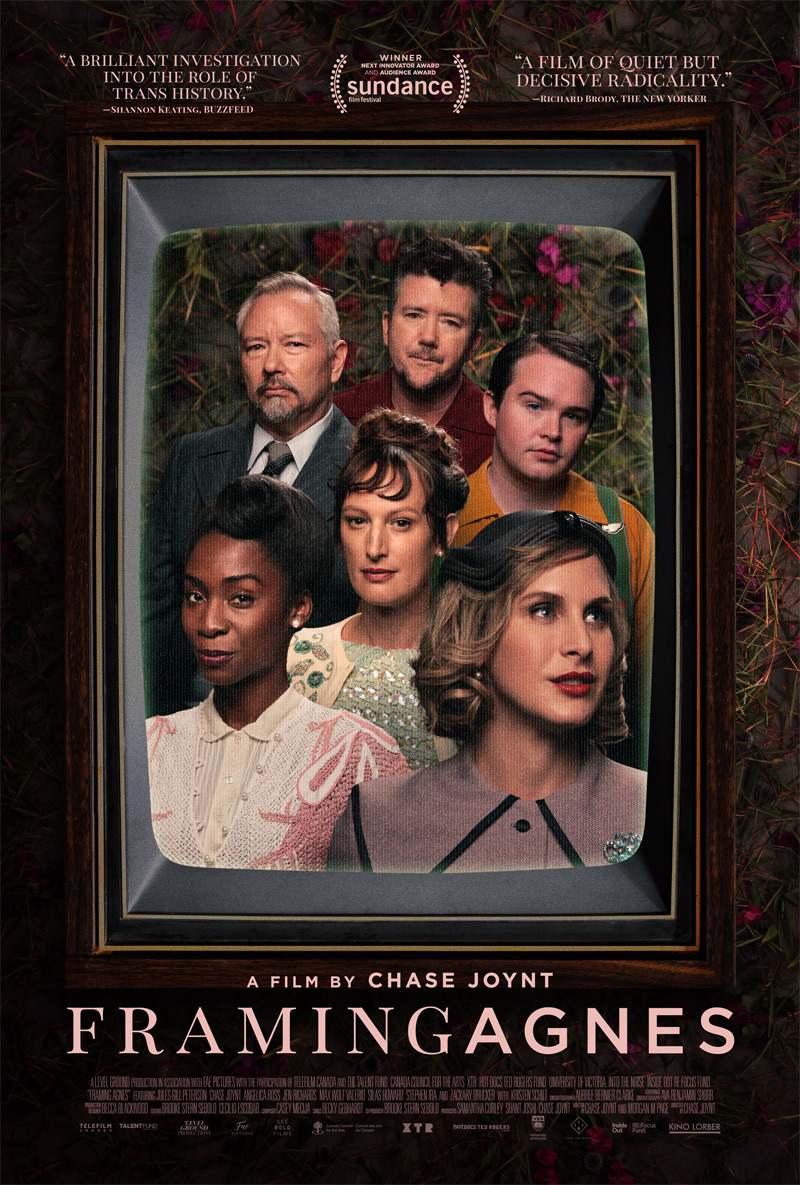 The pseudonymous Agnes was a pioneering transgender woman who participated in an infamous gender health study conducted at UCLA in the 60s. Her clever use of the study to gain access to gender-affirming healthcare led to her status as a fascinating & celebrated figure in trans history. In this cinematic exercise that blends fiction and nonfiction, director Chase Joynt uses Agnes’ story, along with others unearthed in long-shelved case files, to widen the frame through which trans history is viewed. Through a collaborative practice of reimagination, an all-star cast of trans performers, artists, and thinkers – including Angelica Ross (Pose), Jen Richards (Mrs. Fletcher), and Zackary Drucker (Transparent) – all take on vividly rendered, impeccably vintage reenactments, bringing to life groundbreaking artifacts of trans history. This collective reclamation breaks down myths of isolation among transgender history-makers, breathing new life into a lineage of many collaborators and conspirators who have been forgotten for far too long.

Framing Agnes is directed by Canadian filmmaker Chase Joynt, director of the doc film No Ordinary Man previously, plus numerous other short films. Produced by Samantha Curley and Shant Joshi. This initially premiered at the 2022 Sundance Film Festival, where it won the Next Audience Award and Next Innovator Award. Kino Lorber will debut Chase Joynt’s doc Framing Agnes in select US theaters (NY & LA) starting on December 2nd, 2022 this fall. For more info, visit the film’s official site. Anyone interested in watching?

One Medical’s innovation chief on Amazon, Medicaid and more