Trackball Split Keyboard Will Roll Into Your Heart 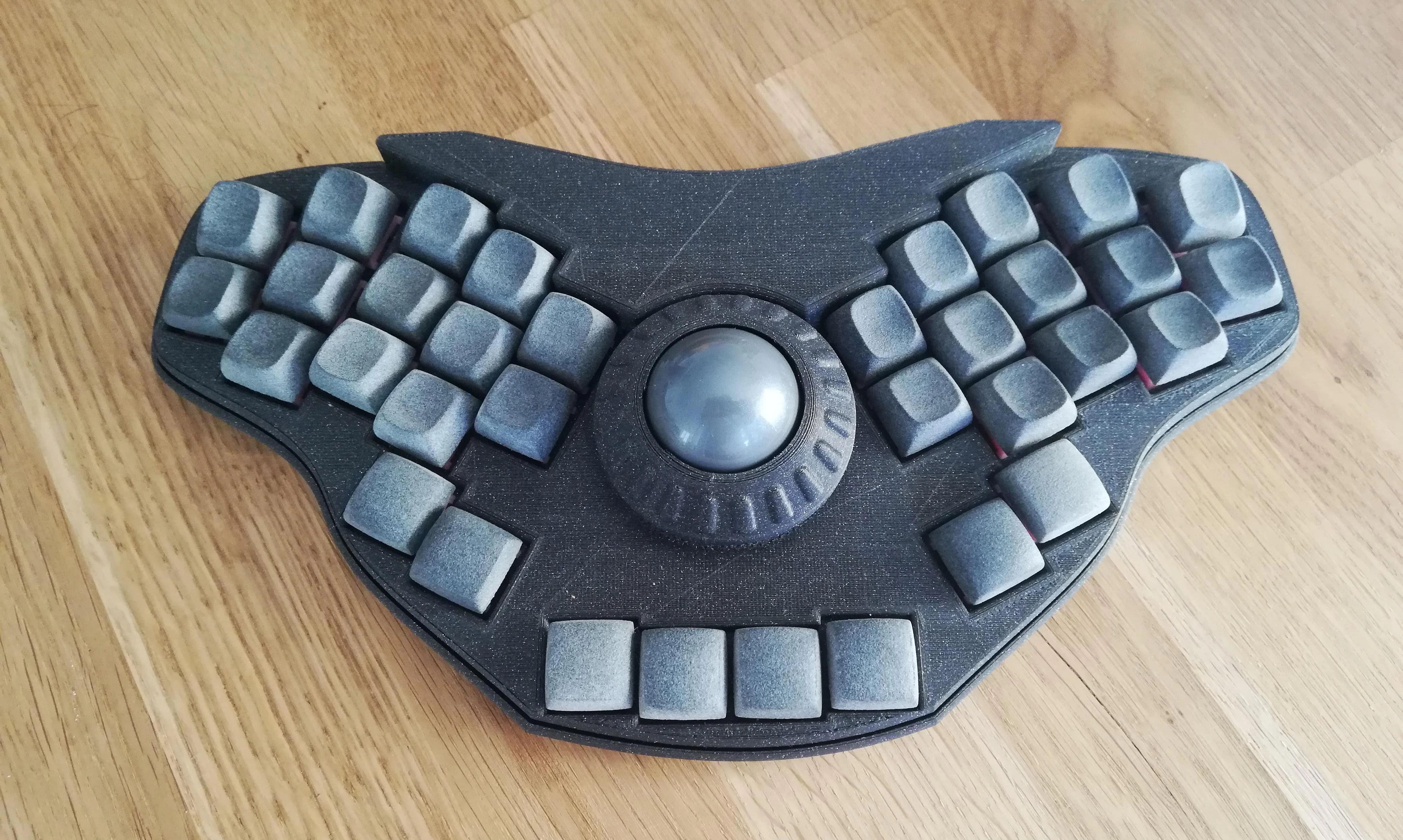 One of the nicest problems to have with a split keyboard, even a monoblock split, is deciding what to put in the middle. Most people go for either the mouse, or else their beverage of choice. Some might sub in a bowl of snacks later on in the day. Personally, we most often use the space for holding notes.

[AlSaMoMo] went with the mouse, but decided to make it a permanent installation. They planted a trackball in the middle of Batreeq, their awesome little monoblock split. For a while now, [AlSaMoMo] has been using 30-key ‘boards and wanted to see about integrating a trackball. Not only that, Batreeq has a fun-looking scroll ring and haptic feedback. Plus, it just looks fantastic.

Even though Batreeq is vaguely bat-shaped, the word translates to ‘penguin’, which, on second glance, the keyboard does appear a bit villainous. But fear not, Batreeq’s PCB is open source, as are all of [AlSaMoMo]’s keyboards.

Want to have more space between your hands? Check out this split that uses VGA connections.

Are The Philadelphia Eagles Overrated?