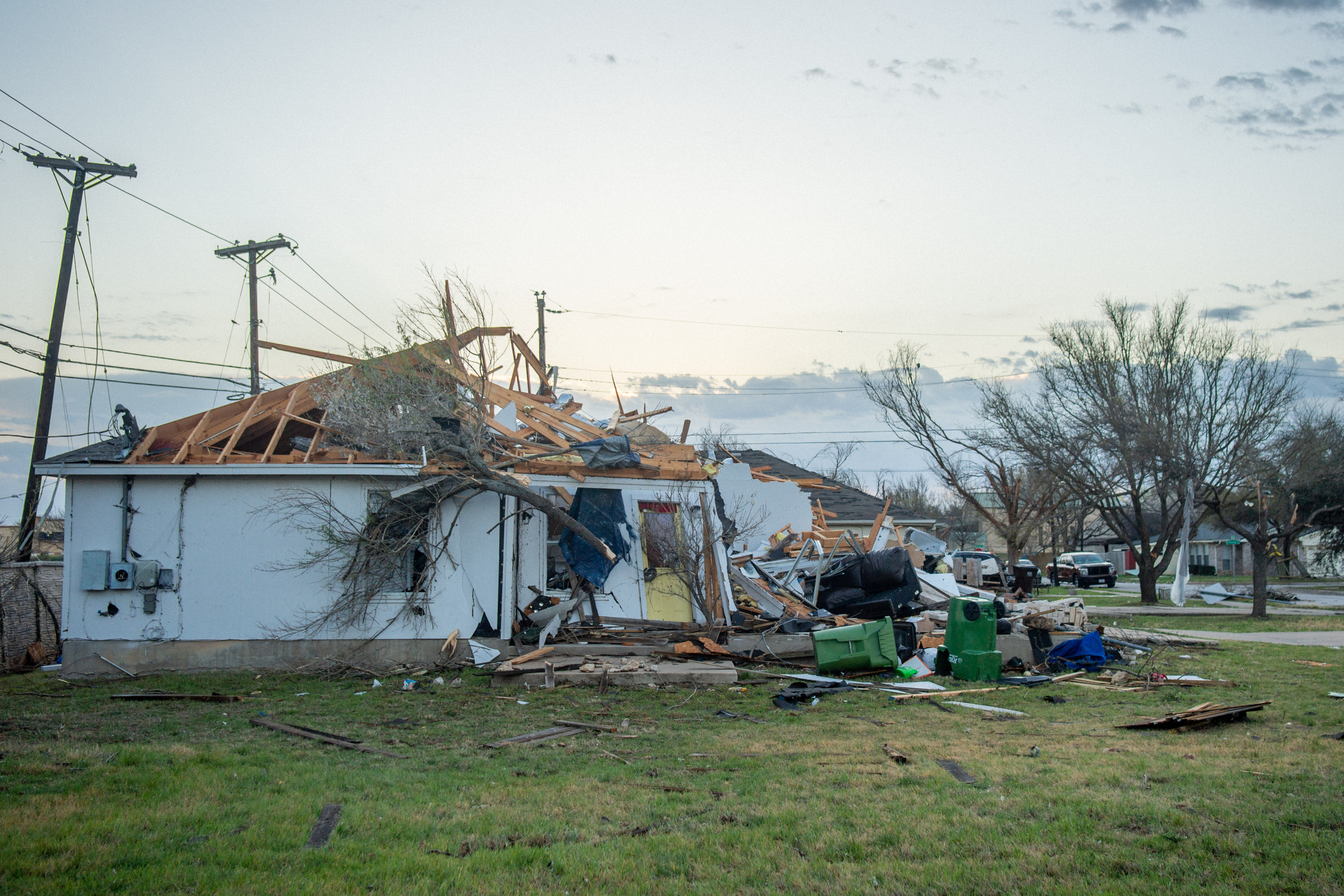 A freakish spring-like storm has reared its head and challenged Old Man Winter in Texas, Louisiana and other southern states in its path Tuesday. A swath of tornadoes and other severe weather pop ups have begun marching through Texas and Oklahoma on Tuesday and will continue churning through the Deep South the next couple of days.

This is while a major winter storm works its way through the Great Plains and the Midwest into the East Coast by this weekend.

“There are pads where houses used to be and we’re looking for the house,” Caddo Parish Sheriff Steve Prator said, according to KTBS.

The Weather Channel reported around 10 p.m. CT on Tuesday that law enforcement agents were still searching for two people who were still missing.

Deputies are going house to house, knocking on doors to check on residents, even using cadaver dogs to assist their search.

The band of storms tore through towns along the way, ripping apart homes and throwing debris wildly.

Mississippi, Arkansas and Tennessee are on storm and tornado watches throughout the night, and counties in Alabama, Georgia and northern Florida have been put on alert for Wednesday. Tornado watches are in effect for more than 1.5 million people as midnight approaches.

This is a developing story.


Komodo Health, once tipped for a looming IPO, has cut staff as CFO departs