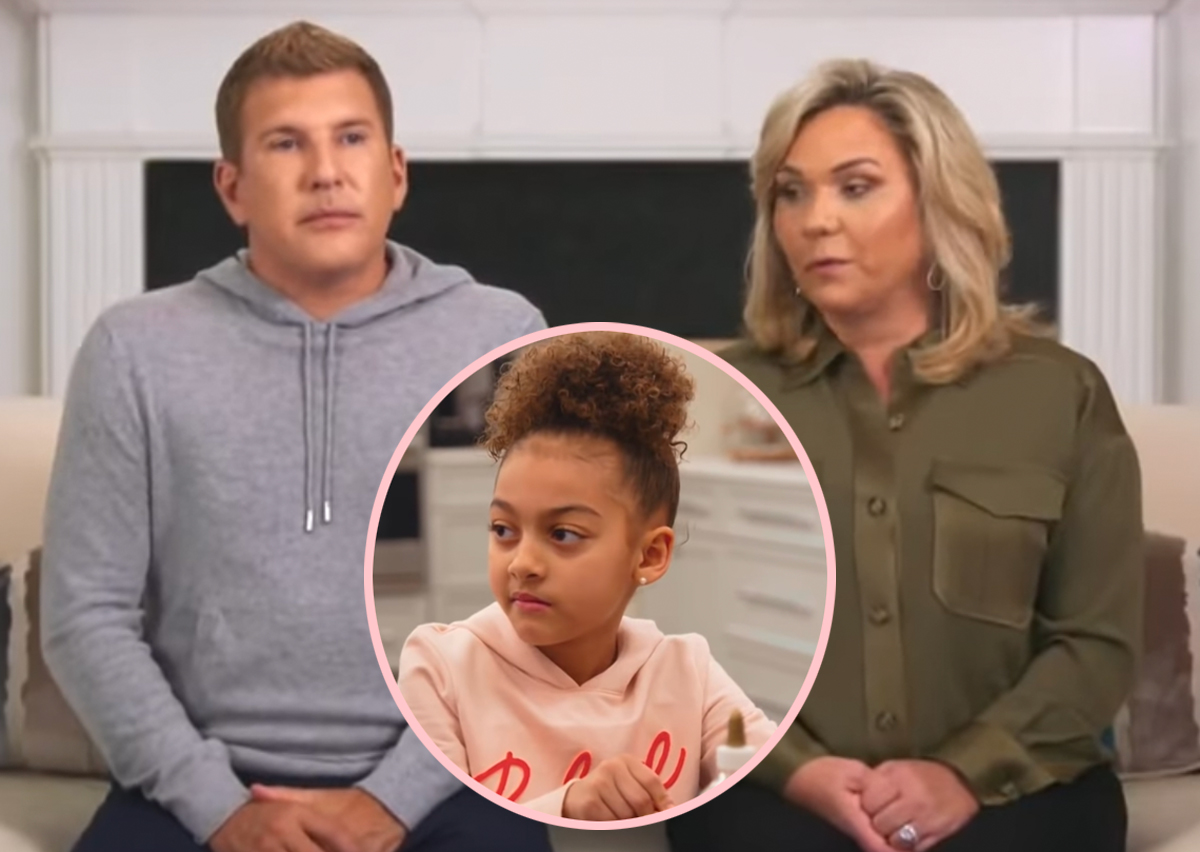 As you may know, the couple adopted their estranged son Kyle Chrisley and Angela Johnson’s daughter back in 2016. Todd and Julie previously shared custody of the now-10-year-old with the mom for months, but she lost it after getting arrested for allegedly filing a false application for Medicaid. Now, following their prison sentencing of a combined total of 19 years for bank fraud and tax evasion, Angela revealed to TMZ on Monday that she wants “to go back to court and get Chloe back home.”

This must be a tough time for the Chrisley family – especially as they deal with Todd and Julie’s prison sentence. The pair broke their silence over the situation on Wednesday, telling People:

“Todd and Julie are saddened by the unfortunate and misleading narrative currently being portrayed in the media regarding Chloe.”

While Angela hasn’t officially filed any documents, she told TMZ that she has been “in the process of getting some legal papers” submitted for some time now. According to Angela, the process was delayed in order to figure out which court the case would be brought to since the family moved from Atlanta, Georgia to Tennessee, while she resides in South Carolina:

Angela also claimed she was “pushed out of her life,” adding that Todd and Julie “wanted me to forget about Chloe, and they wanted Chloe to forget about me like I don’t exist.” However, Jessica Doyle – the family law attorney who helped the Chrisley fam during their adoption of Chloe – noted to People that the mother’s claims are “simply not legally correct or even valid.” She explained:

Jessica then pointed out that the duo “don’t just have custody of Chloe, ” but they are also “her legal parents through adoption.” As of right now, Savannah Chrisley has custody of the child as well as her 16-year-old brother Grayson – a move that Angela feels doesn’t “make sense.”

Oof. What a messy situation! Reactions to Todd and Julie’s response to the drama, Perezcious readers? Let us know in the comments below.