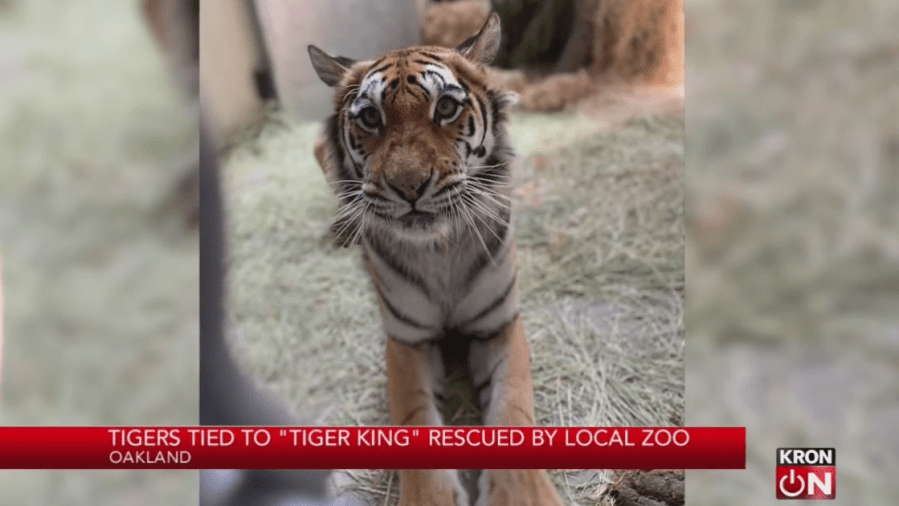 OAKLAND, Calif. (KRON) – The Oakland Zoo has stepped in to help rescue tigers with connections to the infamous Joe Exotic for big cats that were saved from what’s described as deplorable conditions at an animal habitat in Oklahoma. This week two of those tigers will be getting a new home right here in the Bay Area

Life is getting a lot better for a pair of tigers forced to live in poor conditions. Their former home is a rundown roadside zoo in Oklahoma with connections to Joe Exotic, also known as the “Tiger King.”

They’ll now be living thousands of miles away in Oakland, getting the care they need. “They were living in horrible situations in a cage on a cement floor without the proper food and medicine and care and water did not have any straw or hay or anything,” says Oakland Zoo’s CEO Nik Dehejia nick to a says it’s thanks to a whistleblower for tipping them off.

With help from two other big cat sanctuaries the zoo was able to get the animals out of harm’s way. “We need to stop and put an end to roadside zoos. These are facilities that are licensed by the usda. Unfortunately, are not getting the care proper instruction all the time, ”Dehejia said.

Lola, who is a crossbreed between a lion and a tiger and Mia, who is full, tiger will be making their home at this habitat. The zoo has kept it open as a place for rescued tigers for the last 30 years. It’s a big change from the filthy backyard cages they were kept in in Northeast Oklahoma.

Dehejia says the popular Netflix show “Tiger King” is something that should not be celebrated. He’s happy the documentary raised awareness about the issues of exotic animal people like Joe Exotic need to be stopped.

A spokesperson for the Oakland Zoo says the tigers are both being cared for at the zoo’s animal hospital and will remain in quarantine for at least 30 to 40 days. The public will then be able to see them in their new environment.