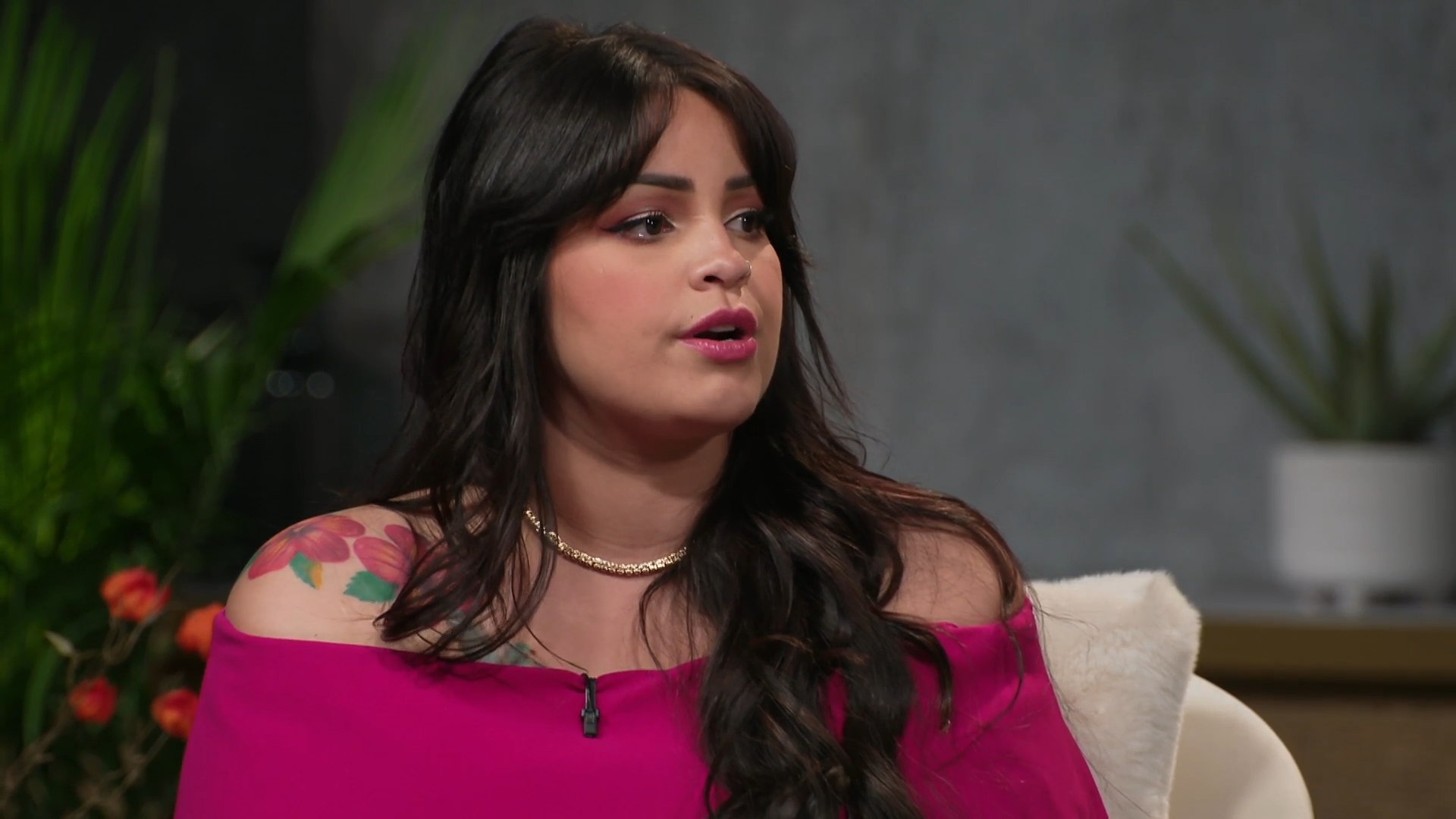 For many years, Tiffany Franco and Ronald Smith’s marriage was a source of endless drama. Breakups, accusations, and ill-advised reconciliations defined their relationship.

Is it really any surprise that their divorce is every bit as messy?

Just days ago, Ronald accused Tiffany of refusing to sign divorce documents. He claimed that they were more than fair. Of course, he also noted that he was proposing no traditional child-support.

Tiffany is clapping back. She says that Ronald, well, left out a few details.

Most of us had already guessed the reason, but Tiffany Franco confirmed to In Touch Weekly why she won’t sign Ronald Smith’s unilateral divorce settlement.

As is so often the case with divorce, a major issue is financial realities. Money.

“Ronald told me he wanted to get it done immediately,” Tiffany shared.

“And,” Tiffany continued, “I asked him very nicely if he could please give me a few weeks.”

She explained that she would need that much time “to get the money together.”

Shortly after arriving, she discovered that Ronald had not broken up with his girlfriend.

He had told his girlfriend that Tiffany was only there to bring their daughter, Carley, to visit. And that she was staying with his mother. That was untrue.

Infamously, when Tiffany revealed Ronald’s misdeeds — including accusing him of stealing money from her to gamble — he became enraged, punching the camera and refusing to film any further. Classy guy.

“I have been getting my things back on track that I neglected when I was overseas,” Tiffany shared.

“I did ask him to just be a little bit patient with me,” she noted.

“And that once I had the money for the divorce lawyer,” Tiffany continued, “that I would pay it and get it done 100%!”

“I am absolutely not trying to keep him married to me,” Tiffany affirmed, quashing some unfair speculation.

She reminded everyone that “as “I would gain absolutely nothing from it other than a headache.” She said that last bit with a laugh. And she’s not wrong!

Initially, Tiffany noted, Ronald “agreed” to her request for time to get things together.

This, Tiffany explained, is why she felt “completely caught off guard” over Ronald’s claims that she “refused” to sign anything.

Instead, Tiffany insisted that she and Ronald “did have a conversation about him giving me a little time.”

So, yeah, she’s pretty weirded out by Ronald’s allegations. But probably not that surprised. He is who he is.

Meanwhile, Tiffany commented that “I have no ill feelings towards him or Lauren and I wish them the absolute best.”

Shadily, she detailed: “Lauren sent him the money for him to divorce me last time back in November [2021].”

Tiffany added: “I think and he used that money for something else.” Well, obviously.

Tiffany also added that Ronald “sent a fake divorce document” to her, but she later “found out that those documents were falsified.”

This is why Tiffany isn’t going to blindly sign whatever Ronald sent her. Well, that and common sense.

“I’m not making the same mistake twice,” Tiffany affirmed. “I will not fill out the ones he sent me.”

She laid out that “I’m asking him for a little time so that I can get a lawyer myself and do it on my own.”

Tiffany explained: “That way I will know it’s done and that way he will not take more money from this poor girl.”

Meanwhile, Ronald is characteristically furious that Tiffany is talking about their “past” like this.

“Typical Tiffany, always bringing up the past. Why does she feel the need to say this?” he asked.

“What does it matter who even paid for it?” Ronald predictably asked.

“She thinks I [used] it on something else? Unless she knows and have proof, she must rather not think because it’s false,” Ronald complained.

“She must rather focus on now and getting divorce done now stop talking about the past because now is what matters not last year,” he demanded.

Ronald continued, whining: “Come on Tiffany, no bad blood, but let’s get [our] divorce done please.” If he’s the one claiming that she’s dragging her heels, why is he complaining that she’s explaining herself? Typical Ronald. He will never change.