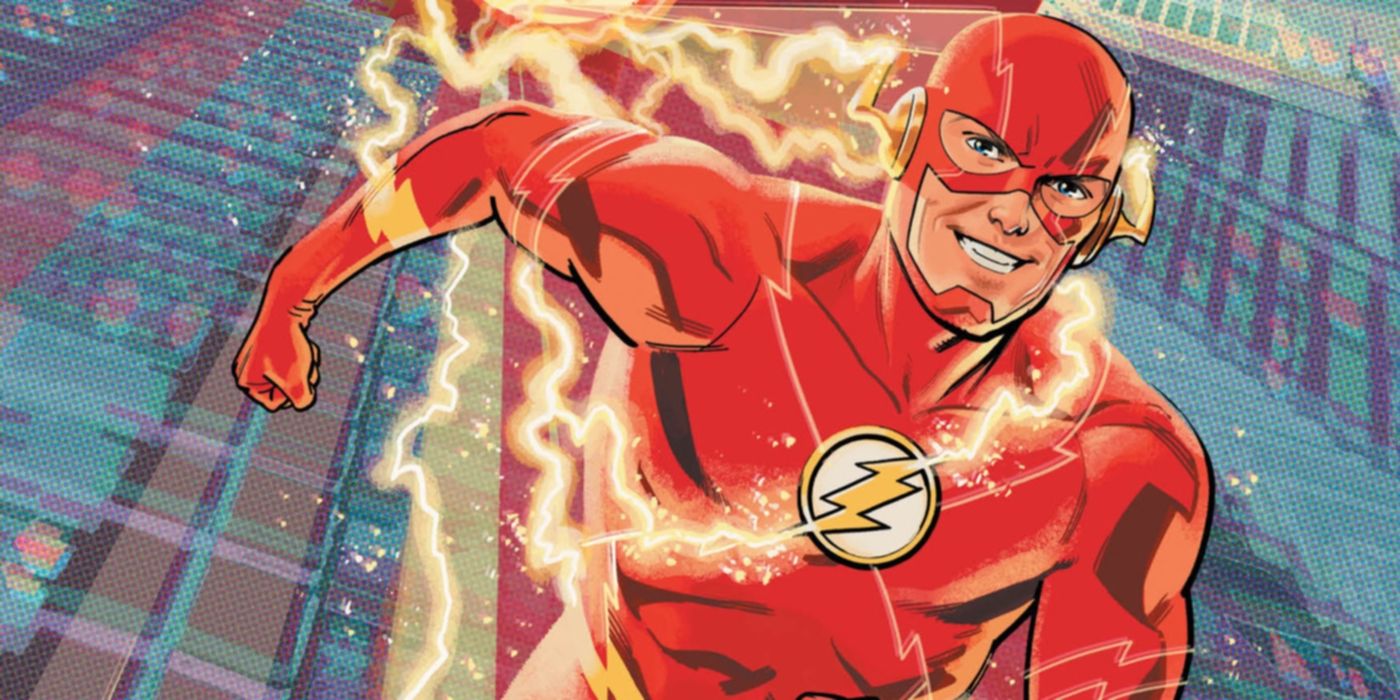 Three Flashes come together on an epic cover for August’s The Flash # 785, and artist Taurin Clarke has provided fans with a sneak preview.

DC Comics has brought together three different Flashes for a special cover, tying into the upcoming Dark Crisis event. When readers last saw Barry Allen, he was imprisoned by Pariah on an alternate Earth somewhere in the Omniverse and in artist Taurin Clarke’s cover to The Flash # 785, Wally West and Wallace West have found not only Barry, but Pariah as well. The issue will go on sale in shops and digital this August.

At the conclusion of Infinite FrontierBarry Allen met Pariah, one of the survivors of the first Crisis on Infinite Earths; Pariah would then imprison Barry on the mysterious “Earth-Flash.1.” Barry’s teammates in the Justice League Incarnate mounted a search, and when they found him, only then did they learn the true scope of the threat they were facing: Pariah was the voice of the Great Darkness, the primordial evil from outside the Omniverse. The Great Darkness launches an attack on the Omniverse, with some of existence’s worst villains at its side, including Nekron, Doomsday and Darkseid. In the forthcoming Dark Crisisthe heroes of the DC Universe will make their last stand against the Great Darkness. Dark Crisis will also feature a number of exciting tie-ins, including August’s The Flash # 785and the cover unites three generations of Flashes against Pariah!

Related: Flash is Being Called Out for His Most Ridiculous Superspeed Problem

In an Instagram post, Taurin Clarke revealed the cover; in the same post, Clarke also announced he would be the series’ regular cover artist, starting with issue 784 and running through 789. The cover shows Wally West and Wallace West attempting to free Barry Allen, who is still imprisoned on Earth-Flash. 1. Barry is pushing Wally aside, while Pariah watches over the entire scene, the Great Darkness looming behind him. Pariah’s expression shows he is not happy, and he is no doubt preparing to strike. Clarke also offered fans a peak into his creative process, showing work-in-progress sketches as well as discussing the computer programs used to create the image. Fans have responded enthusiastically to the cover, giving it over 7,000 likes.

It is only fitting that the Flash would be embroiled in the multiversal Dark Crisis. Nearly every Crisis-event in the DC Universe has involved the Flash in some capacity, and it was the Flash who first broke the barrier between universes. Taurin Clarke’s cover to The Flash # 785 proves that Dark Crisis will be no different. Wally West, as well as the Justice League Incarnate, have scoured the multiverse for Barry, only to learn he was nowhere in it, and was instead in the larger Omniverse, a prisoner of Pariah and the Great Darkness. The heroes learned of the threat the Darkness posed and must now come together to stop it. Barry Allen, as well as the rest of the Flash-Family, will play a huge role in Dark Crisisand this cover shows that.

As the Flash was the first to travel the multiverse, it is only fitting that he be the first to enter the larger Omniverse. Unfortunately, the circumstances were not ideal, as he is now a prisoner of the Great Darkness and it servant Pariah, but as seen in the cover to Flash # 785maybe help has arrived.

Next: Flash’s Healing Factor: Exactly How Fast He Actually Heals

Shaun Corley is a pop culture enthusiast living in the Pacific Northwest. After stints in both customer service and academia, he turned his attention to writing about comic books – his lifelong passion. He is a graduate of Radford University, with a degree in English. When not reading comics, he enjoys spending time with his fiance and their dog.