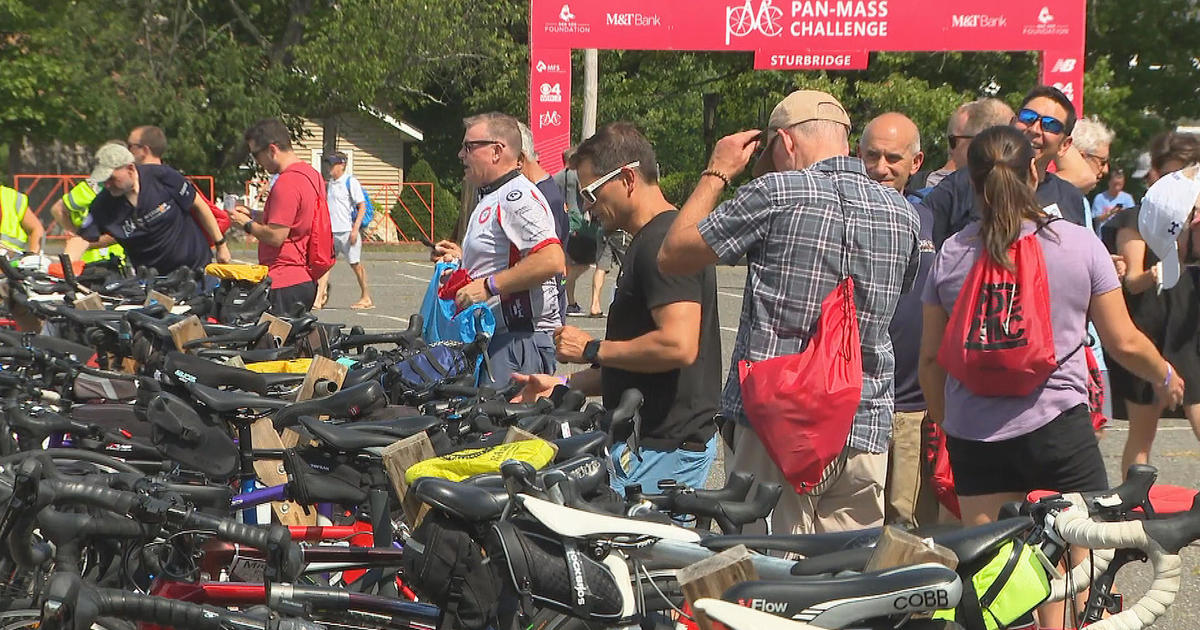 STURBRIDGE – Thousands of cyclists are gearing up for the 43rd Pan-Mass Challenge this weekend. The annual ride is the single biggest athletic fundraising event in the world.

So far, the PMC has raised $831 million for the Dana Farber Cancer Institute. This year’s goal is $66 million.

The Opening Ceremonies are being held Friday night at the Sturbridge Host Hotel.

Billy Starr founded the ride in 1980. Back then it was just 36 riders who raised $10,000. Now Starr says they have found what he calls the secret sauce. It’s keeping people coming back, while new riders are eager to join.

“We know our role, the metaphor of turning the crank of the bike, we’re the crank!” Starr said.

First time riders told WBZ they are motivated by cancer’s impacts on their family or in some cases themselves.

“I have been taking Gleevac or Imatinib a targeted drug therapy which from what I understand would not exist if it wasn’t for the Pan Mass Challenge,” said cancer survivor John Buchta.

Last year parts of the PMC were limited due to COVID restrictions. This year, Starr is expecting 1200 more people returning for the weekend alone.