Thomas Markle Thinks Meghan’s Netflix Doc Is ‘Disrespectful’ & Doesn’t Plan To See A Second Of It! 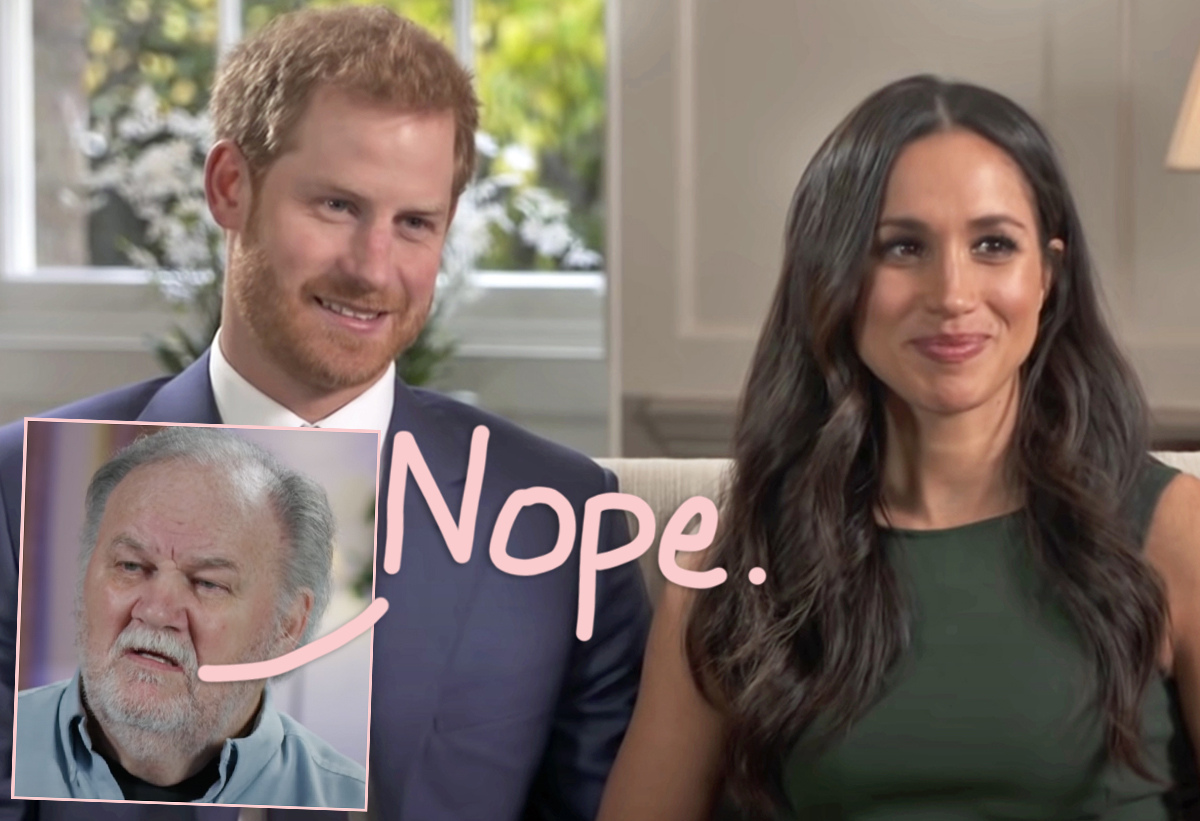 Meghan Markle may be opening up about her relationship with father Thomas Markle and half-sis Samantha Markle in her new Netflix doc, but that doesn’t mean her dad has any interest in watching it.

As we’ve been reporting, Prince Harry‘s wife gets real about her fractured family in the Harry & Meghan docuseries that landed at the streaming giant. As viewers get a once-in-a-lifetime look into Harry and Meghan’s lives, the pair offers deets about what’s going down around them. And there’s plenty of drama! Just don’t expect Thomas to sit down to see it.

According to TMZ, Samantha spoke out about the docu-drama this week. In a new report published early Saturday morning, Samantha said her dad is focused solely on his health right now as he continues to recover from a stroke he suffered earlier this year.

In addition to that, he apparently doesn’t like the vibe of the whole project. Per the outlet, Samantha claimed her dad believes the docuseries is “disrespectful.” Thus, she’s been “protecting her dad by telling him not to watch the new doc,” TMZ notes.

In fact, it sounds like the rift that already existed within this family has only grown deeper with the Netflix kick-off. Samantha claimed Meghan has “kicked Thomas while he was down in the past,” per the outlet, and the new show is just another way to do that once more.

Thomas hasn’t even seen a single second of coverage, apparently! The woman claims her dad “doesn’t know what’s in the series, and doesn’t need to find out,” according to the outlet’s reporting. So there’s that. He’s got plenty else going on, of course, but damn.

Of course, this is far from the first time we’ve covered Thomas’ fractured relationship with the former Suits star. And the docuseries no doubt tells the tale of Meghan and Harry’s story from their own personal perspective. Which is to be expected, since it’s their show. The A-list couple even addresses some specifics about Meghan’s sitch with her father.

But that slant doesn’t vibe with what Samantha and Thomas see regarding the situation. Which makes sense! Everybody’s got their own POV on stuff like this.

Of course, Thomas has had some of his own legal troubles and high-profile dramatics recently that are unrelated to Meghan and the Netflix series, too. The sordid story never ends, we suppose…

But it sounds like he (and Samantha) aren’t going to put much focus on Harry & Meghan. Are U buying it tho, Perezcious readers?? Or will they be hate-watching in secret?!

2 NFL Teams With Their Playoffs Lives On The Line Sunday