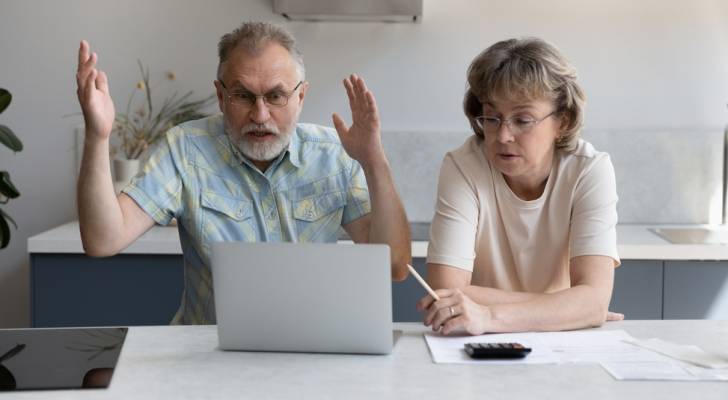 Retire early? As the old saying goes, that’s good work if you can get it. But as a respected Harvard PhD economist notes, too many Americans are getting it without saving enough for it.

Late-career Americans faced a big temptation during the pandemic: With office life reduced to remote working and the stock market driving up 401(k) accounts, early retirement became one of the most searched terms on the web.

So why is that plan, in the words of economist Laurence Kotlikoff, “one of the worst money mistakes” you can make?

For starters, the market has since retreated, erasing many of the pandemic’s gains and waking many from their early-retirement dreams.

But the reasons for Kotlikoff’s skepticism go deeper.

But the reality is that millions of Americans simply aren’t putting enough away for traditional retirements, let alone the early exits pondered by 50-somethings – a move Kotlikoff says they will “regret” unless they adjust their expectations or give up the plan altogether.

It should be noted that Kotlikoff ends his argument by stating he plans to “die in the saddle” because he loves what he does. But those tired of corporate climbing or reporting to a manager may have different plans for their golden years.

How many are truly ready for it?

A recent survey by the Federal Reserve revealed the median savings in Americans’ retirement accounts was $65,000. Older savers between the ages of 55 and 64 had median account values of about $134,000, well below what they’d require as life expectancies rise, inflation pressures remain and increasing out-of-pocket health costs take their toll.

A study earlier this year by the Center for Retirement Research at Boston College found a significant disconnect in how would-be retirees perceive the effects of market volatility and longevity when calculating their post-work plans.

The report found that many overestimate the effect of market gyrations and pay less attention to how long they’ll live and how much that longevity will affect their finances. Unexpected health expenses — never mind long-term care — are significant drains on retirement funds.

The study’s data, author Wenliang Hou concluded, “confirms the importance of longevity and market risk, underscoring the need for lifetime income either through Social Security or private sector annuities. Finally, long-term care is also a significant risk faced by retirees, but one they often underestimate.”

There may be encouraging signs in the federal government’s primary social safety net. Social Security payouts are going up in 2023, and several rule changes will boost recipients who waited to tap the system.

But Social Security is currently on a timer. Without changes at the federal level, economists estimate the main fund that supports Social Security will run low by 2034. Recipients could see less than 80 percent of the benefits they expected.

Economists have long warned against overly relying on Social Security, and many of them urge investors to build retirement plans that assume the program will be gone.

What to read next

This article provides information only and should not be construed as advice. It is provided without warranty of any kind.


This is “Face the Nation with Margaret Brennan,” Dec. 11