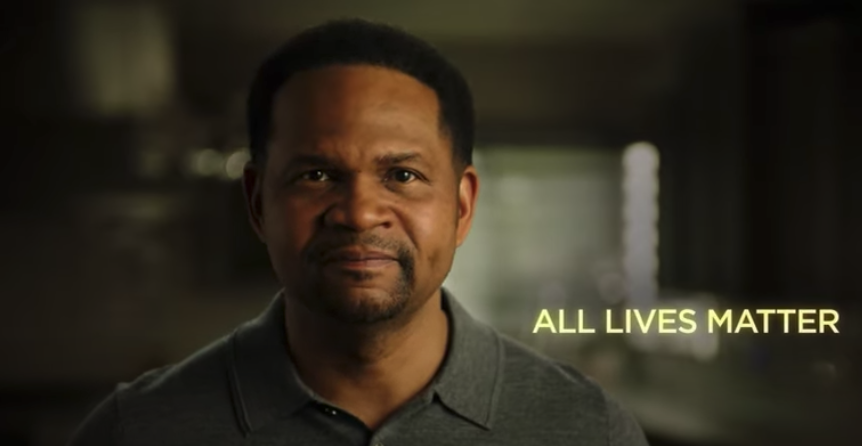 In a year in which Republicans are trying to scare white people into voting Republican, Richard Irvin has taken things one step further.

In a perverse sort of way, I’ve got to give him credit for toxic creativity. He’s invented a new way of weaponizing white fear of Black people to win votes for Republicans. Somewhere in the universe, the late Lee Atwater, the Republican operative who invented the Willie Horton strategy, must be saying: Damn, even I did not think of this.

Richard Irvin is the mayor of Aurora.

It’s a pretty obscure position. As such, hardly anyone outside of Aurora ever heard of him. Until. . .

The state’s richest man, Kenneth Griffin, who donates millions to Republicans, essentially offered Irvin a deal I imagine went a little like this:

I’ll donate millions to your campaign — so you can run commercials around the clock — if you fall in line.

Until Griffin showed up, Irvin was what you might call a moderate Republican. A criminal defense lawyer who occasionally voted Democratic, he went so far as to praise Governor Pritzker and Illinois Democrats for passing the criminal justice bill.

Hardly the kind of guy who could win over a party dominated by Trump.

And so, Irvin had a choice. Stay true to his principles and beliefs? Or take the rich man’s money and dance to the MAGA song?

Guess we know what Irvin chose — as Griffin has so far donated $ 20 million to his campaign. With much more undoubtedly to follow.

However, the party’s moved right since the days of Edgar. And before he gets to take on Pritzker, Irvin has to win the Republican primary. That means beating such hard-core MAGA men as state senator Darren Bailey.

Thus Irvin has to pretty much renounce everything he presumably used to believe in and take the MAGA pledge, which these days goes a little like this:

Donald Trump is our political savior who won the 2020 presidential election.

Joe Biden is the evil leftist who stole the election.

The pandemic is a Democratic hoax — and most of the people who COVID killed would have died anyway. So, forget ’em.

And besides, Donald Trump saved everyone who did not die from COVID by creating the vaccine, which, by the way, you should not take unless you want to. And which was not even necessary because COVID is a Democratic hoax — remember? But let’s praise Trump anyway — or else he’ll feel bad.

And masks should be a choice. Unless you choose to wear them. Then it’s what’s with the mask, wimp? Like Florida governor Ron DeSantis bullying those mask-wearing teens.

And we’re against abortion in any instance — including rape —’cause every life is sacred. Unless it’s one of those lives killed by COVID — in which case, they were gonna die anyway. Remember?

On top of having to convince MAGA he really believes all that nonsense, Irvin has another challenge. He’s a Black man.

As we all know, MAGA has some (oh, how to put this?) Issues with Black people. In the presidential election, the Republicans tried to throw out the votes of tens of thousands of Black voters in Detroit, Milwaukee, Philadelphia, Atlanta, and other big cities.

So it’s imperative for Irvin to let MAGA know he’s not the kind of Black person whose vote they tried to throw out. He is, instead, a MAGA man, just like them.

Hence a recent commercial in which he looks straight into the camera and declares: “There’s nothing the left fears more than Republicans who look like me and think like us. . . I’m Richard Irvin. I’m their worst nightmare. ”

With his heavy emphasis on thinking “like us,” it’s like something out of a Jordan Peele movie.

I’m hoping Irvin’s next commercial gets more specific about the “us” he thinks like. For instance, does he think like. . .

Republicans who believe Congresswoman Mary Miller was right when she said, “Hitler was right”?

Or Nazis who marched through Charlottesville chanting “Jews will not replace us”?

Or Florida Republicans who passed a bill giving parents the right to sue grammar school teachers who mention that some people may be gay?

Or January 6 insurrectionists who stormed the Capitol looking to kill Mike Pence and Nancy Pelosi?

Or how about Pastor Greg Locke, the latest MAGA nightmare out of Tennessee? He’s a growing force in the Republican Party thanks to his ability to draw thousands of people to his revival meetings that feature scenes like this one captured in a recent article by the Washington Post.

“Wielding a microphone as he paced the stage, his wife, Tai, at his side, Locke called out ‘spirits’ of anger, rage, bitterness, lust and envy.”

“‘Spirit of molestation, spirit of abuse, get out right now!'” Locke commanded. “‘Every spirit of homosexuality, lesbianism, come out, come out,'” his wife ordered. “‘Transgenderism, gender dysphoria, come out.'”

Hey, Richard Irvin — is Greg Locke the “us” you’re so proud to think like? If so, you’re using your skin color to help MAGA humanize hate. And you’re right — that’s really scary.