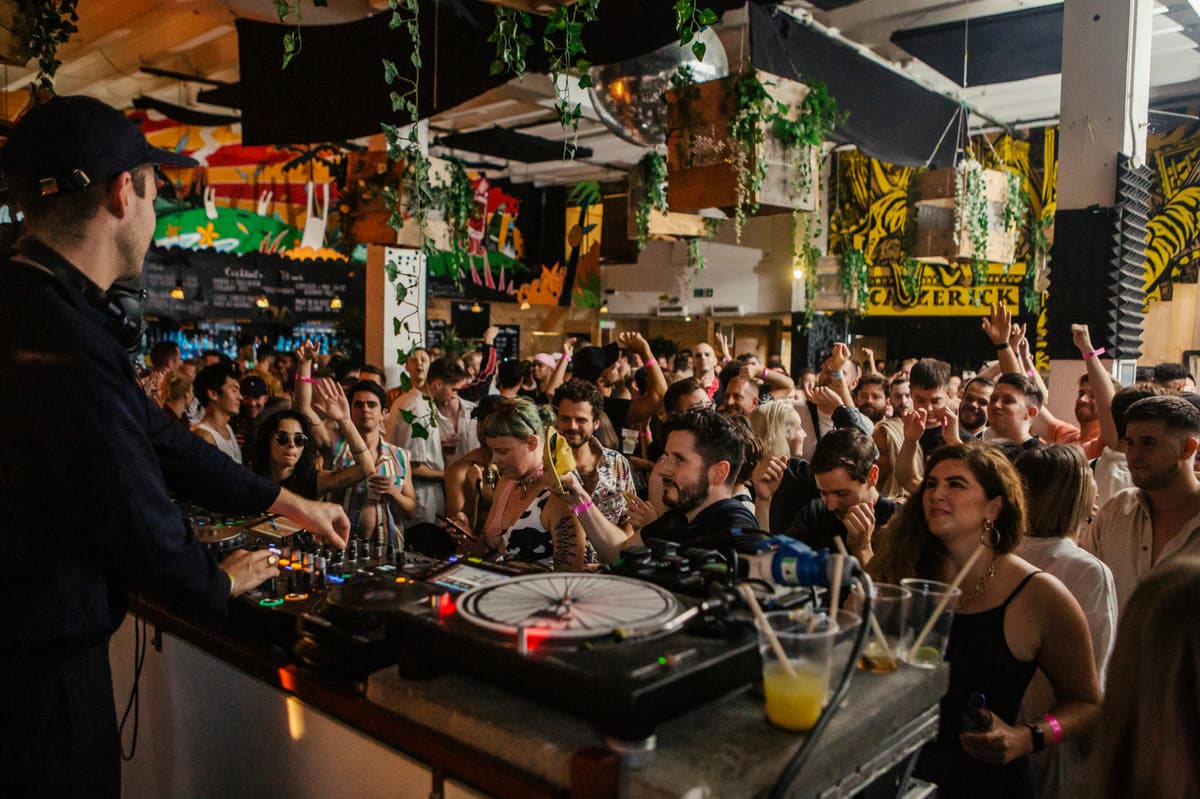 his coming weekend is like any other in the capital: not because it’s the same old same-old, but because like every weekend before it, there’s lots and lots to explore.

There’s a brand new Brasserie in the heart of Mayfair, and an exciting Mexican cocktail bar launched by one of our city’s top chefs, tucked away in a hidden basement.

Elsewhere, there are queer raves, debut art exhibitions and… a robotic bartender.

Here’s what to get up to this weekend.

Occupying the Grade II-listed Mayfair spot that formerly housed Brown’s, here’s a new all-day British brasserie that’s really rather good. Maddox Tavern is serving classics with a modern twist — Middle White pork sausages with olive oil mash, and venison carpaccio with pineapple chutney are among the a la carte choices — with a drinks list that includes wine from £7-a-glass and cocktails including a terrific mezcal Negroni.

Mezcal’s here too, which is little surprise as it’s having a bit of a moment in the capital’s bars. Now, we’ve got a brand new cocktail bar dedicated to the stuff. Tucked away behind the celebrated Cavita restaurant, run by top chef Adriana Cavita, the menu will cover a whole range of agave-based spirits and, of course, have some knockout bar snacks.

The exhibition: Kyle Barnes – Second Skin at the Albemarle Gallery

The award-winning, Northern Irish-born painter Kyle Barnes comes to London for his first solo show in the capital. Covering 10 paintings, including Incandescence (pictured above), it’s the chance to see the latest work of a hugely exciting artist — not to be missed.

The popular Afrobeats n Brunch (very much what it says on the tin) series comes to Brixton this weekend for a rooftop party at the Prince of Wales boozer. It’s part of a collaboration with The Hundred, the new-format cricket tournament, with players from the local team, Oval Invincibles, in attendance. Love food, music and a spot of cricket? This is one for you.

London’s first ever queer dance music festival is back for another edition. Spread across 16 venues in the Hackney Wick area, it will bring together some of the scene’s most exciting DJs and collectives — the likes of I. Jordan, Sherelle and Shy One, as well as Adonis, HE.SHE.THEY and Little Gay Brother — for 11 hours of fun.

“Immersive experience” is tacked onto just about anything these days, but Sandbox VR really lives up to the billing. Guests will dive into a high-tech virtual reality world — created by motion capture cameras, 3D body trackers and haptic feedback suits — where they can choose from a number of adventures, whether that’s surviving a zombie apocalypse, heading off into outer space or having a swashbuckling time of it on a pirate ship. Skeptics are likely to be won over; it’s really rather remarkable fun. There’s also a robotic bartender, of course.