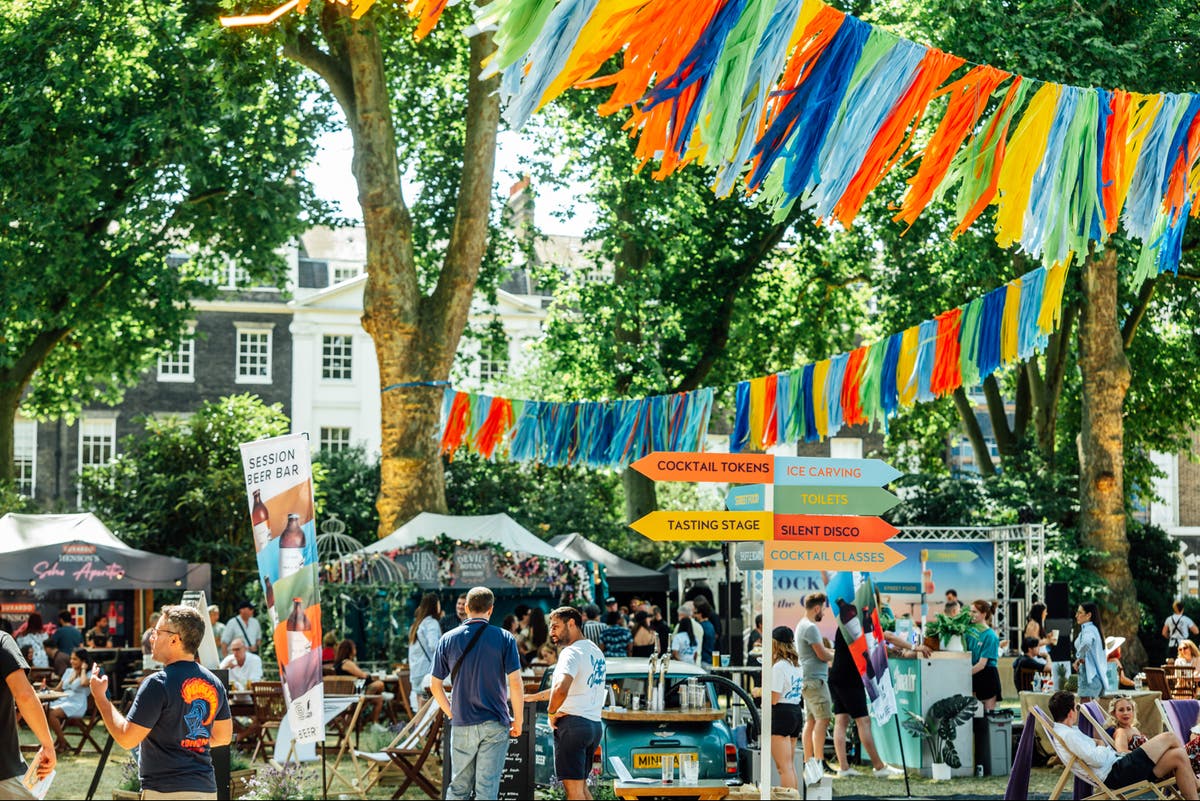 he joke about London in August is that it clears out almost completely as the holidays take hold; more space for those who are left, yes, but often very little to do as places keep irregular opening hours, with staff away and the general summer malaise setting in.

Some years it feels true; this year, not even slightly. As this weekend proves, London is heaving with things to do, with a drinks festival to head to, two new immersive experiences to test-drive, a restaurant from a singular talent to enjoy and a cracking revival of a notoriously difficult production to witness.

From pirates to cowboys to some of the finest cocktails in town, here’s what to get up to in London this weekend.

Once upon a time there was Xier, an imaginative spot thwarted by the pandemic. Its chef, Carlo Scotto, was broadly considered among London’s most innovative talents, so when this place was announced, a sigh of relief came from those who’d thought his mastery might have been lost. With Amethyst, named for his birthstone, Scotto offers a culinary tour of his life, with moments captured in flavours from across the planet. This is deft, precise cooking; painstaking stuff, really, the kind of food that feels like art. The room itself is remarkable, dominated by a table that looks like the fragment of a fallen building and dimly lit by the kitchen at the front. In fact, the entire experience feels a little Blade Runner-esque, but the far-reaching menu — and sweet, kind staff — make this feel truly like something special. One for a treat.

On paper, detestable garbage; in practice, some of the most fun one can have in London. Head in, have a few drinks — they have a robot bartender, who is interesting to watch but quite rubbish in reality, so get a real-life human on side — and then strap on a full bodysuit and goggles and get completely lost in Sandbox’s fully-immersive shoot-em-up game-worlds. The experience is really, brilliantly persuasive: the suits vibrate and move, so it all feels real. Except, I suppose, most of life doesn’t include fighting off pirates or surviving a hellish zombie attack. There are various worlds to get lost in, and the chance to watch it all back afterwards. Some VR is a drag; Sandbox is an utter rush. They serve drinks, yes, but the real hit is comes from the shots of adrenaline the place administers. Joy doesn’t cover it.

Another immersive experience — it must be the season for it — but this one doesn’t rely on VR to bring its world to life. Phantom Peak is real, insofar as you can touch it, walk around it, try it out. Head to Surrey Quays and find yourself in a wild west town, one of steampunks and lone rangers and all the rest. There are shops to try, food stalls to pull up to and games to play. Around the place are actors dressed in period costume, and over an evening, the slow pull of Phantom Peak’s world takes hold; by the end, it it is utterly convincing. There are no set rules for how to make the most of the place: this is a make-your-own-adventure made real.

Given its tricky subject matter — in among the love stories, there is sexual exploitation and racism to contend with — South Pacific has often been a revival producers have shied away from. It was tackled last year by Daniel Evans, who has now brought it to Sadler’s Wells. Rodgers and Hammerstein’s story takes place in 1943, as American forces struggle with the Japanese for control of the Pacific; romance follows on one of the islands. The songs are timeless (Some Enchanted Evening, There is Nothing Like a Dame, This Nearly Was Mine) and, according to the Standard’s Nick Curtis, the production “barely puts a foot, or a note, wrong”. Go and see it.

The wildcard: Cocktails in the City

London’s cocktail scene is perhaps the best in the world — don’t let New York try to convince you otherwise — and this weekend’s edition of Cocktails In The City is a good chance to explore a little of what we’ve got. Among the highlights is a showcase of Silverleaf, the new(ish) opening from the Milroy’s team, a preview of the Incipio Group’s new bar, the Libertine, as well as a bar laid on by JKS’ Arcade Food Hall. Arcade have partnered with London Essence, the terrific mixer company, for some of their drinks. One is non-alcoholic — absolutely perfect for when the heatwave hits and the booze is getting a little much.