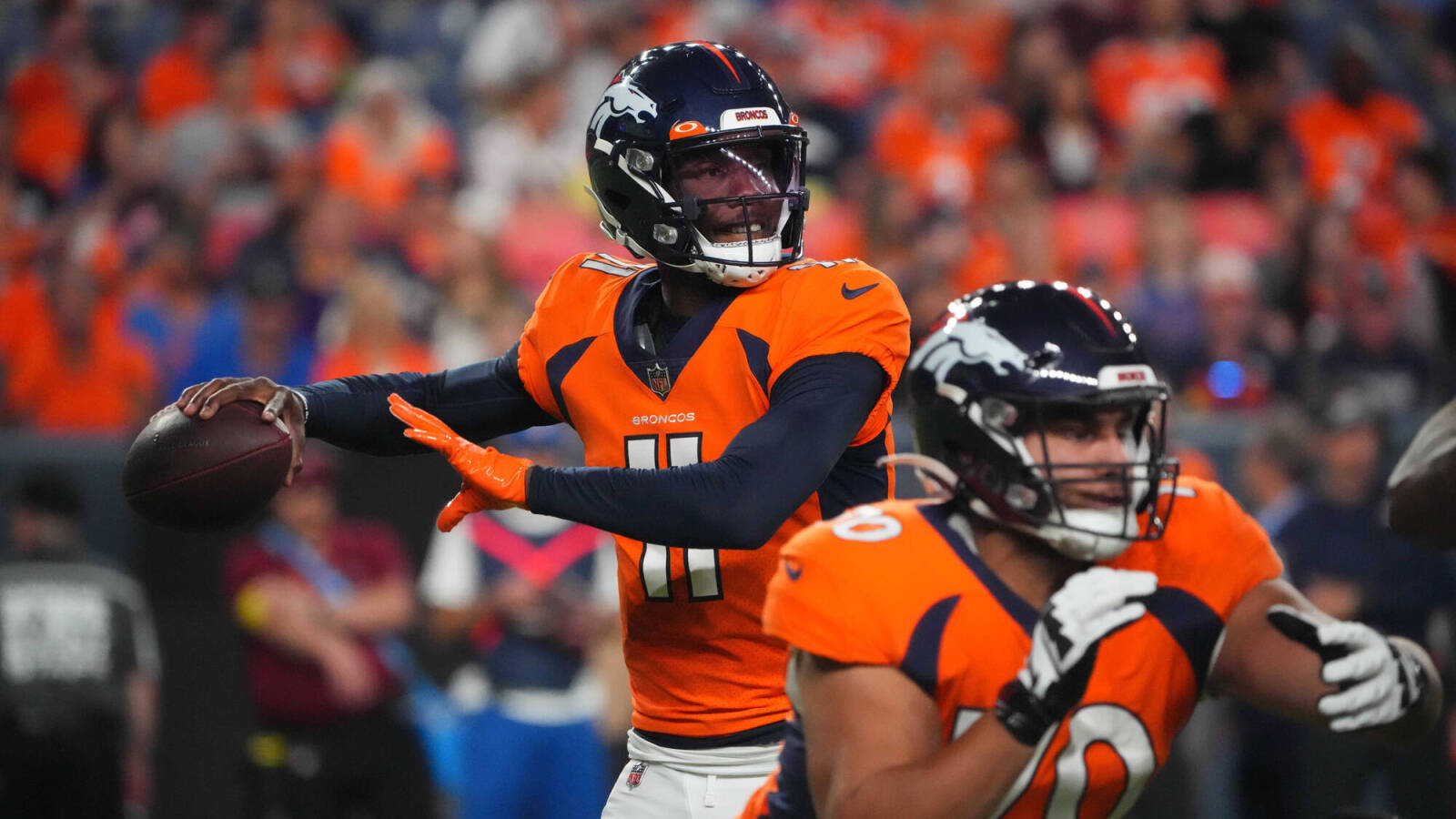 “We all come in the league, want to have a great career, stay in one place forever, but it doesn’t work out that way for everyone,” Johnson told reporters Wednesday.

In his 14-year professional career, Johnson’s name has appeared on 17 rosters across four leagues — the NFL, Alliance of American Football, XFL and United Football League.

Here are highlights from his weird pro football career:

In a seven-week span in November and December 2021, Johnson played for the New York Jets and Baltimore Ravens.

In Week 9, Johnson came off the bench for injured Jets QB Mike White and threw for 317 yards and three touchdown passes in a loss to the Indianapolis Colts before returning to the practice squad.

The Ravens signed Johnson a month later, and with Lamar Jackson injured and backup Tyler Huntley out due to COVID-19, the 35-year-old veteran started Baltimore’s Week 16 game against the Bengals.

Johnson’s 304-yard, two-touchdown performance was not enough to lift the Ravens over Cincinnati, and he hasn’t played in the NFL since.

‘Madden’ leads to first and only victory

Following Mark Sanchez’s benching in 2018, Washington elevated the recently signed Johnson to starter. He told reporters that he used the “Madden” video game to familiarize himself with his new teammates.

Great gig if you can get it

According to Spotrac, Johnson has earned $8,569,250 in the NFL. His contract with the New York Giants in 2016 may be his greatest financial achievement.

The Giants paid Johnson $885,000 to be their third-string quarterback, but he was only on the team’s active roster for two weeks.

Eli Manning started and finished all 17 games for New York, so Johnson made great coin without playing a snap.

The NFL allows only 53 players on a team’s active roster, but one squad teamed with Johnson to creatively bend the rules.

Johnson’s current employer, the 49ers, signed and subsequently released him four times in four weeks during the 2014 season.

The 49ers would sign Johnson early in the week to serve as a scout-team QB, keep him until he received his weekly check, then cut him before game day in favor of a backup skill player.

Because the team executed the moves before the trade deadline, the 49ers essentially employed a 54-man roster for a month, and Johnson earned roughly $43,000 each week just by practicing.

In 2015, Johnson was a member of four different NFL teams — the Bengals, Jets, Colts and Bills.

He was signed and released twice by the Colts in October before finally landing with the Bills for the remainder of the season. Johnson told the Associated Press he wouldn’t bother telling his family he changed teams until he arrived in the new city.

Amid pilot shortage, a push for change in federal regulations requiring 2 pilots on flights